Coline the Actress and Robbie the Musician They Never Became Featured 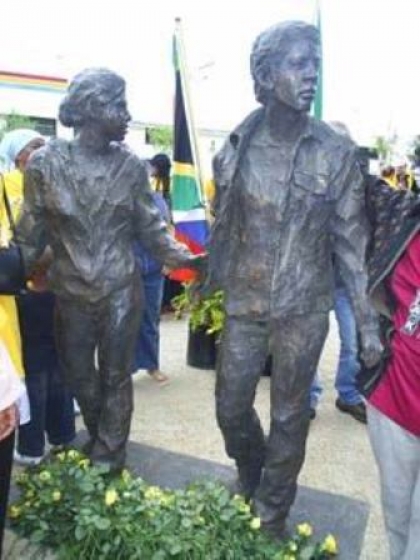 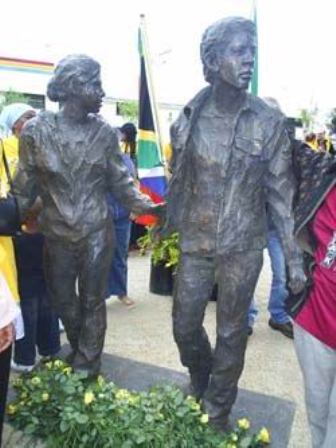 Robert Waterwitch and Coline Williams were two young members of Umkhonto weSizwe (MK) who were killed in 1989 when a limpet mine they had planned to place at the courts detonated prematurely.

Geoffrey Brown was allegedly coerced by the National Intelligence Service to spy on his fellow comrades and he has been implicated in the deaths of Robbie Waterwitch and Coline Williams. Like many an askari of the time he has to struggle with the ramifications of events that took place under the shroud of secrecy during apartheid.

On Youth Day on 16 June in 2005, the City of Cape Town unveiled a R330,000 memorial sculpture opposite the Athlone Magistrate’s Court in honour of Robert Waterwitch and Coline Williams.

In early March 2008, the life-size bronze statues of the pair on a bronze base were brazenly stolen, cut into oieces and stolen as scrap metal.
A new statue was erected just in time for the 20th anniversary of the event on 23 July 2009.

A few months after their deaths, on 2 February 1990, the release of Nelson Mandela and other political prisoners along with the unbanning the African National Congress (ANC), Pan Africanist Congress (PAC), the South African Communist Party (SACP) and other liberation movements was announced by FW de Klerk. 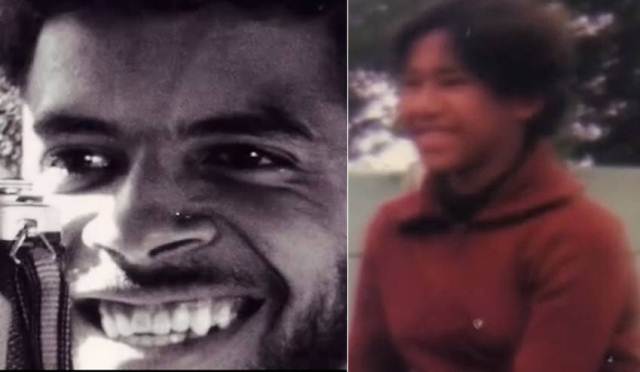 We will never know how their lives would have turned out had they survived the incident and we will also never know what the consequences would have been had the bomb detonated as they had intended on that fateful day 1989.

Would they have chosen to follow their artistic passions, she an actress, he a musician, or would they have been part of today's political landscape?
One can only wonder whether they would be happy with how much and yet so little we have achieved amidst all of our failings as a nation or if they would be firebrand activists constantly challenging the status quo? 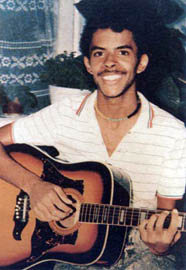 WATCH: A Tribute to Robbie & Coline
Click the link above if the video player is not already open in your browser.