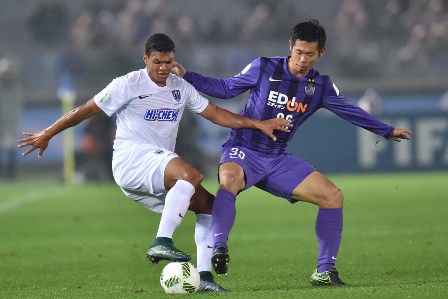 
Since he joined Auckland City, they’ve won two New Zealand National League and two Oceania titles. De Vries’ dream debut for the All Whites came in 2015 when he was called up to represent New Zealand in a friendly against South Korea. In doing so he became the first coloured South African to play for the New Zealand national team. His mentor is his father, Keith Senior.

An elated Ryan said: ‘I was born in South Africa in 1991 and immigrated to New Zealand in 2008 and on the playing field mesmerized both the spectators and national selectors and earned my position in the national team.
‘The cherry on the cake will without a doubt be to cement my name on the centre stage against the best in a Fifa World Cup and showcase my immense talent.’

Published in Sports News
Tagged under