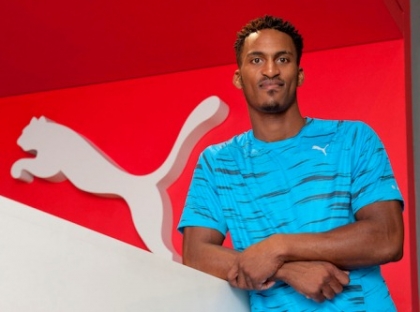 The 22 year old athlete from Paarl in the Western Cape and who is currently studying Sports Science at the University of Pretoria, started participating in athletics since he started his schooling in grade 1 and shined as an athlete while attending Klein Nederburg High School.
In 2013 he was South African under-23 champion in the 100 metres, defeating Akani Simbine in 10.44; at the national senior championships he placed second behind Simon Magakwe in 10.58
. 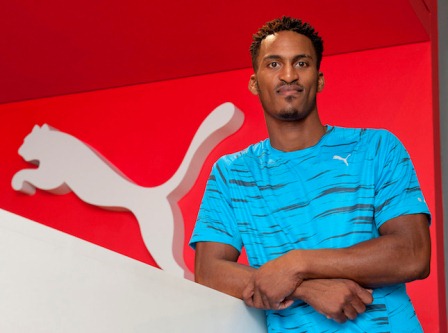 It was in 2015 that he smashed the South African 100m record during a heat at the Resisprint International meeting in Switzerland clocking 9.97 to become only the third South African to break through the 10-second barrier in the 100m sprint.The other two athetes are the former record holder Simon Magakwe at 9.98 and Akani Simbine who four days later equalled Bruintjies's record at the 2015 Summer Universiade.

In August 2015 Bruintjies reached the 100m semi-finals at the 15th IAAF World Championships in Beijing. He was not too happy with his time and the fact that he did not make it to the finals, but like any good athlete he was immediately ready to move on from having a bad day. 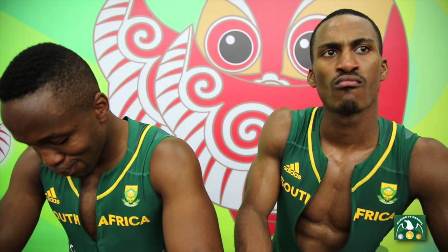 Commenting on his new partnership with PUMA, Bruintjies said, “I have officially turned pro and signed with PUMA, which I am really excited about. PUMA’s history in working with world class sprinters speaks for itself and I’m proud to stand alongside Usain and Asafa as well as the younger guys like Andre, so it will be really exciting to be a part of such a great team. With PUMA behind me, I have even more enthusiasm for the season ahead.

Speaking about the endorsement deal, PUMA’s Head of Sports Marketing for Running, Pascal Rolling, said, “Henricho Bruintjies is another signing for PUMA Running with huge potential. His speed and his commitment to training clearly shows he is an up and coming star on the track with a long career ahead of him. Having already made his mark in South African Track and Field, we wish Henricho all the best competing at an international level at the Olympic Games this summer.”

We at bruinou.com wish Henricho Bruintjies and the rest of Team SA  well for the 2016 Rio Olympics.,

More in this category: « A Sporting Legacy - Wayde's Mom Interviewed on Video Wayde Van Niekerk stands his ground over Sonny Bill Williams complaint »
back to top