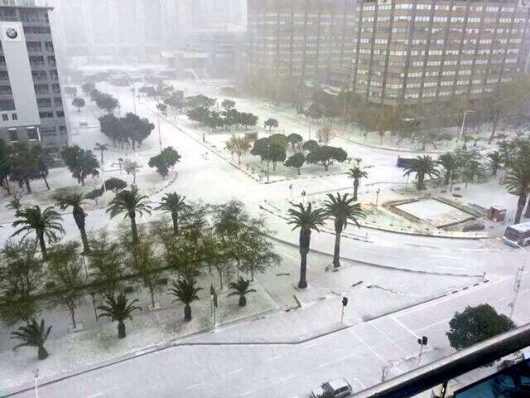 Inbetween the heavy torrents of rain, the hail storms in the Cape Peninsula briefly turned many parts, especially Cape Town city centre, into an enchanted winter wonderland on the 1st of June.

That beauty was but fleeting. Cape winter storms churn up a whole lot of mud and with the first floods come a whole lot of mud slinging; Political mud slinging.
It happens every year since I can remember; The rains come, roads and homes flood, and sometimes people freeze to death. A few affluent are in discomfort and many poor are in absolute distress. For many there is no time to contemplate the aftermath of a Cape winter storm. The next one hits before anything has a chance to dry.

What makes the Cape different from flooding anywhere else in the world is that everyone knows the rain is coming yet nobody is prepared and whatever devastation there was last year, this year will be worse.

Of course what is similar to when floods hit in other parts of the world, or maybe a little worse, is that politicians are amongst the first to run to the scene, some to collect mud to sling, others to be in the right place at the right time when the mud gets slung.
After all, being hit by mud when you seem to be trying to help can score you much needed political points.

Reactionary as always, Cosatu ran to the scene immediately collecting mud and slinging a few misguided and poorly aimed salvos. They really should start to learn that when you have a good point to make, you have to count your words in order to make your words count.
Talk about making blanket statements without delivering blankets…

On Monday 3 June Cosatu released a statement that would have hit home a few excellent points had they not timed or worded it so poorly. It would also have had a great impact if they could have visibly dug in and gotten their hands dirty.  Rather, amongst other things, they chose to say "The flooding that we have seen is not unusual and it's something that we see every year, yet the City and the Province do very little to avoid this hardship. They also know when bad weather is going to hit, but they only send relief the next day."

That didn't quite hit the mark. Cape Town's Disaster Risk Management Centre said it had helped thousands of people affected by the floods since the rain started on Saturday. A spokesman said those displaced by the floods were being accommodated at community halls until other arrangements could be made and that emergency workers continued to keep watch on informal settlements.

As one would expect the 'Comments Brigade' on news sites went on a feeding frenzy roasting Tony Ehrenreich and soon people were getting into the whole issue of migration and how 'people move to the Peninsula from the Eastern Cape and put up shacks wherever they like'.

There is some truth in that many informal settlements are on flood plains and in low-lying areas. This truth would of course not be necessary if large swathes of state-owned land was made available for housing and if the houses were actually built. Not to discuss the issue in depth, but that is an area where both the ANC-led national government as well as the DA-led provincial government have let the people down.

However, and this is where Cosatu really had the opportunity to say something worthwhile, the problem of flooding is not confined to informal settlements and squatter camps, but that the flooding is a very real problem in long-established Black and Coloured townships where, due to past poor planning and current poor maintenance, sewerage systems and storm-water drainage are inadequate to cope with the torrents.

There are also fairly recently planned housing projects that were supposed to be model townships designed for a certain amount of residents but the city council have later extended the capacities to accommodate more people. That is now putting extra strain on low-cost limited sewerage infrastructure that have to deal not only with the flood water, but with the extra sewage, the resultant bursts and overflows leave effluent flowing in the streets for days and sometimes weeks on end. 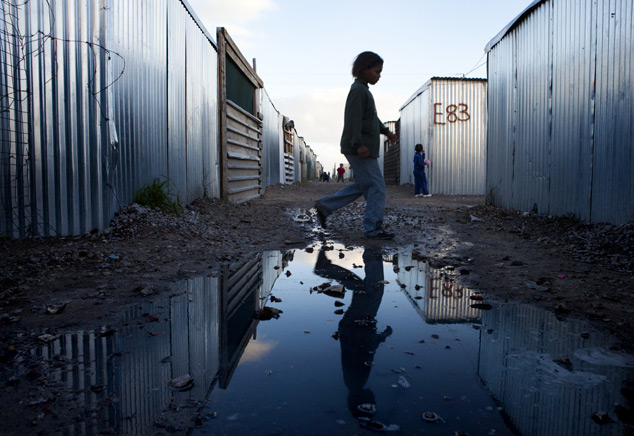 Then there is the eyesore that's also the heartsore of the Western Cape.
Five year old Symphony Way Temporary Relocation Area, better known as Blikkiesdorp was supposed to be exactly what it's official name implies; Temporary housing for people who would in a short span of time be allocated real houses. Five years in a place like Blikkiesdorp is not a short span of time.

Made from wooden frames and unlined corrugated zinc sheet walls these structures were never designed to withstand Cape Town's hot summers or extremely cold winters. They are cold, stark and after five years of Cape Flats weather they are becoming dilapidated. Infrastructure like well drained roads are non-existent.

With a large percentage of the public seeming to agree with the perceived sentiments of many city officials that people in informal settlements choose to live in flood-prone areas, it is ironic that thousands of people are forced by the city to live in exactly the same conditions that were created by the City of Cape Town.
The city for some unexplained reason to this day still tries to sell the abomination of Blikkiesdorp as a success. 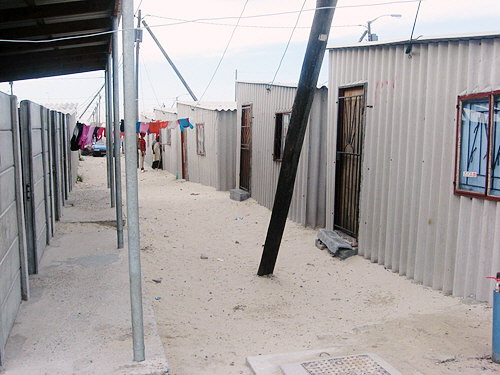 Effectively dealing with the havoc wreaked by winter storms requires more than  just annual blanket drives, sandbagging shacks in flood-prone areas and making use of emergency shelters like community halls.
No matter who runs the city or the province, an urgent rethink of the way that the housing backlog is dealt with and the capacity that infrastructure is designed for, should become a main priority.
Putting people at the mercy of weather elements in structures made entirely of corrugated zinc-iron sheets or toxic corrugated asbestos sheeting should never be passed off as a housing solution, no matter who is in control of this city.

In no way will the problems be solved while Cosatu and the ANC sling mud at the genuine relief efforts made by the DA-led city council and likewise, the DA will make no headway while vehemently defending their failures in prioritising the plight of the city's poor by pointing out the failures in other ANC-led provinces.

More in this category: « Life And The City Why only Eldos? Why not Elsies? »
back to top