Esteemed Editor of News24.com, honourable readers, distinguished domestic and foreign guests, Friends...
On an occasion such as this, we should, perhaps, start from the beginning.

So let me begin. I am an African-Coloured.

I owe my being to the hills and valleys, the mountain and glades, the rivers, the deserts, the trees, the flowers, the seas and the ever-changing seasons that define the face of our native land.

I owe my being to the Khoi and the San who desolate souls haunt the great expanses of the beautiful Cape – they who fell victim to the most merciless genocide our native land has ever seen, they who were the first to lose their lives in the struggle to defend our freedom and independence and they who, as a people, perished in the result.

I am formed of the migrants who left Europe to find a new home on our native land. Whatever their own actions, they remain still, part of me.

In my veins courses the blood of the Malay slaves who came from the East. Their proud dignity informs my bearing, their culture a part of my essence. The stripes they bore on their bodies from the lash of the slave master are a reminder embossed on my consciousness of what should not be done.

I am the grandchild of the warrior men and women that Hintsa and Sekhukhune led, the patriots that Cetshwayo and Mphephu took to battle, the soldiers and Ngungunyane taught never to dishonour the cause of freedom.’

(Ladies and gentlemen, a round of applause for our former president, the 71 year old Mr Thabo Mvuyelwa Mbeki, a man of considerable creative genius)

It is Trevor Noah, the beloved South African comedian that tells the joke of when he was in the UK. Apparently someone asked whether he is Zulu etc. He answered: I’m coloured. This response was not appreciated. ‘Hey don’t say that around here Trevor, you’re free brother, you’re free! Say mixed-race, okay?’ 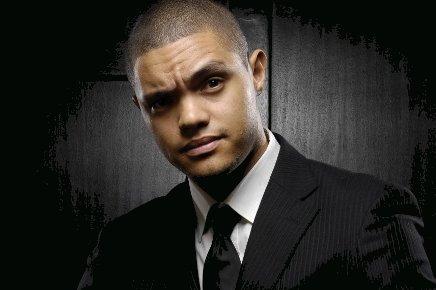 Coloured. Is that past tense? Does that mean ‘one who has been given colour?’ As someone that writes very often and of necessity has to choose the appropriate word or term, I find the term ‘coloured’ actually quite clumsy. What does it really mean? Who came up with the word? Did we import it? Exactly what colour is referred to? Why do we call pinkish ‘white’ and dark brown ‘black’? Are we colour- blind? Nevertheless it’s a term that is embraced by many people of mixed descent, so who am I to judge? And no! I am not going to tell you that one of my grandfathers was from some European country. Don’t roll that way.

...but in case you have not noticed. Coloured folk are arguably the most economically and politically marginalised. This despite being, according to Census 2011, the second largest race group in South Africa, this group has probably benefited the least from what is known as the new South Africa. There! I’ve said it. Now what?

I am here to tell you that actually! I am South African. I am here to tell you I love Africans. I love Coloureds. I love Indians. I love Whites. I love them in alphabetical order. Ha! Why? Because in the big scheme of things it does not matter. If you love this country and we can find some common ground to navigate our way through the maze that is our country, then we’re brothers and sisters. Sure, we will not agree on everything – our beliefs may be worlds apart, but it’s our values that matter, not the colour of our skin or the texture of our hair. Let us not be hoodwinked into that once more.

Let’s embrace diversity, because whether you like it or not, that’s what we have in this country. And people like us are the embodiment of that diversity. Don’t you agree?

Click here for the original article by Elijah on News24

Published in Opinions
More in this category: « Lessons in Race and African Feminism Krotoa, Woman, Oumagrootjie »