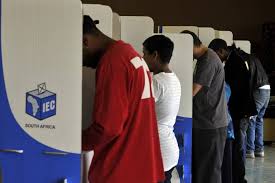 Heading into our fifth general elections I have since 2004 hoped that we would fast mature as an electorate and grow into a nation whose votes were cast not only as points we allocate to our favourites in a somewhat biased popularity contest but that we would start seeing elections as ‘Performance Evaluations’ of the incumbents or as ‘Contracts’ with the aspirants.
As an aside, I also hoped that by now there would be some sort of movement to upgrade our electoral system so that party candidates could be directly elected by and be held directly accountable to specific constituencies instead of our very capricious party list system.

Alas, we have not any bit grown as a democracy or matured as an electorate and it seems to me our votes are mostly still negative decisions instead of well-considered mandates.
It riles me that so many people go around shouting who they will and who they will not vote for yet they cannot tell me why they will vote for their particular party. All they can do is spew negative comments about the ones they do not wish to vote for.
I’ve met some people who've decided to abstain from voting and even they are better able to proffer a credible reason for not casting their vote.

I’m a hypocrite… Just as much as I am annoyed at the many people I speak to who do not know why they are so adamant about voting for a particular party, I still don’t exactly know who will get my two very separate little X marks on 7 May and just like those I complain about, I only know for sure who I shall not be voting for.
That makes me perhaps as narrow-minded as those who cannot tell me what the party they are voting for has thus far done for them to keep them in power or what the party they intend voting for will do differently to the one they want to oust …or maybe it doesn’t.

Not minding that you might see me as a double-dealer, I am stating my frustrations here, not that which I have with the contesting parties but the frustrations I have with our voters.
In our fairly young democracy it would be understandable if we as a nation all lived in little bubbles devoid of technology these past twenty years and people did not understand how our elections work and how this leads to a government being formed.
However I find myself regularly engaging too many people from all walks of life and all population groups, who, though they do come across as up to date with what is happening all around the world, they clearly do not grasp the basic structure of government in South Africa and the devolution of authority and responsibility.
Authority and responsibility might not be as decentralised as a full-on federal government system but understanding how much sits with provinces and how much sits with national government should be integral to the way we decide to cast our ballots.

I have this theory that political parties, big and small, will continue taking advantage of the fact that a large percentage of voters do not understand that having two ballot papers means that they actually have two separate decisions to make. They also do not mind that voters are clueless as to how national government allocates money to provinces and that provinces are responsible for how money allocated to them are spent.
Most parties wantonly contest elections on a provincial level using national issues as their focal points and vice versa.

For all the intents and purposes of my little diatribe, I shall only use the two biggest political parties in our country to illustrate what it is, at least in my not so always humble opinion, that people do not understand. Of course this could and does indeed apply to the other smaller parties as well.

One of my big concerns with these coming elections are that many people, especially in the Western Cape, will once again continue to vote provincially with a national mind-set and that they will vote nationally with a provincial mind-set.
Very few of the people in the WC who I have asked the reasons why they will be voting for either the ANC or for the DA could differentiate what the levels of authority and responsibility these parties have when they are in national government as opposed to provincial government.
Even fewer people are able to articulate the issues along which they are voting and how the party they intend voting for plans to address those issues.

In the Western Cape especially, where the current provincial government is the DA, a large portion of the people who want the DA to continue running the province are unable to say what the DA is doing right in the WC but can easily go through a whole list of what the ANC is doing wrong on a national level.
Likewise, many of those intending handing the WC provincial government to the ANC are unable to tell me what the ANC will or can do for the province yet they are very quick to spit venom on everything they perceive the DA to be doing wrong.
Like I’ve said, I’ve met some people who decided to abstain from voting and even they are better able to explain why.

I ask... What is your vote worth to you if you are not making an informed decision?
I'm just saying, give your vote some value by gaining clarity on not only what a party promises but also on how they will go about delivering on that promises. Even if you vote for a new small party with a very clear mandate, then it can at the very least voice your interests and address your issues even if they get just one seat in the national or provincial parliament. They might not win your case but just maybe they will be your voice.
OK maybe they don't make it to the legislator...
Don't get me wrong. I'm not saying that smaller parties have clearer mandates because a bigger party might be better able to take your mandate forward. My point is that you should base your vote on how you believe a party, big or small will represent your interests and adress your issues.

Why do these conversations only come up every five years?
We get to complain about those who govern us for four years and then in the fifth year we fervently shout down the parties we don't want to be elected. We then celebrate or lament the results of the election, everything goes back to 'normal', yet we still do not know how government actually works ...and we complain another four years till the next election.
I'm pretty sure most of our electorate do not even have an opinion on whether we do or do not need a better electoral system.
Are we just happy that we are able to vote?

Is it not about time that we use this hard-won right to decide who we want governing our country and running our particular provinces we live in based on proper evaluations of the issues, combined with a thorough understanding of the way provincial and national governments differ from each other?
Is it not time that people start voting for the party that they hope will represent their interests and address their issues instead of voting ‘against’ a party because they don’t want them to hold power or assume power?

Oh and then of course... I also still have less than a month to decide which party or parties will best serve my interests and address my issues on provincial and a national level. I still have enough time left to make an informed decision...