EE Demographics Dropped Is Not Enough The regulations in the EE Amendment Act that would have resulted in discrimination against Coloureds in the Western Cape and the Northern Cape, and against Indians in KwaZulu-Natal have been dropped during National Economic Development and Labour Council (Nedlac) negotiations on the draft employment equity regulations.

Unfortunately this does not automatically equate to a bigger piece of the EE pie for the Coloured population.
There is still much hard work to be done. That work does not lie in getting AA & EE scrapped but in getting government and business to make it work like it should have worked since its inception.

The Labour Minister has withdrawn the regulations that would force companies and state organs to only take into account national demographics when appointing candidates to senior and top management positions.
In the Western cape where the Coloured population account for 53% of the economically active population but only comprise 10% of the national population, this would spell disaster for any person classified as Coloured who is qualified to take up a senior management position.
This would not only affect those individual but the long term socio-economic impact on the entire population group would set them back for generations to come. 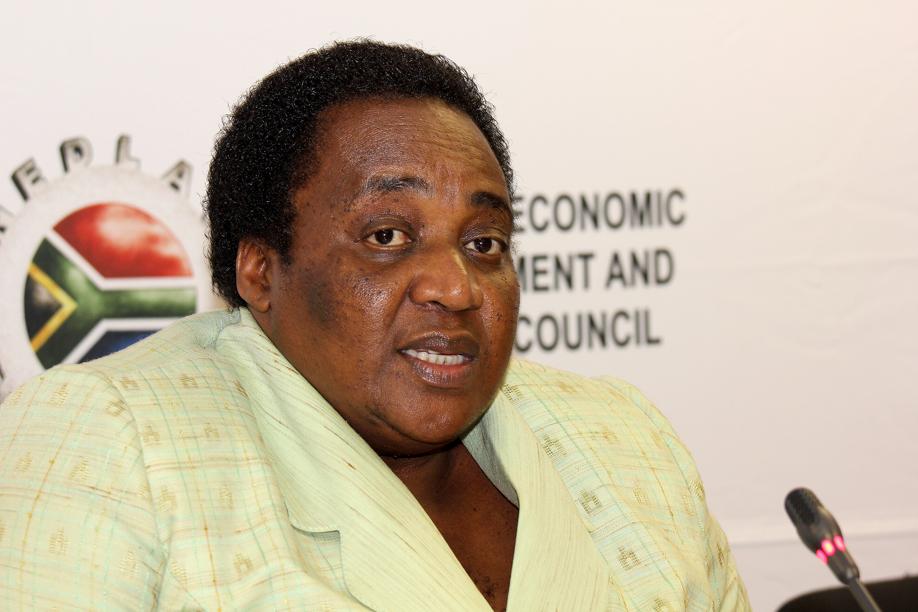 The withdrawal of the regulations, according to a report in Business Day Live, comes after pressure from many quarters including organised business, unions and even the African National Congress (ANC) in the Western Cape.
They also mention that the move came ahead of threats by both the Democratic Alliance and trade union Solidarity that they would contest the regulations in court if they were to become law.

However Business Day neglects to mention that there were activists from within the Coloured population who had put pressure on these different organisations to oppose the regulations.
Most notably a group of activists under the banner of the Bruin Bemagtigings Beweging and the leadership of its deputy Chairperson, Peter Marais, held talks with Western Cape ANC leader Marius Fransman who gave a commitment that the Western Cape ANC would oppose the regulations in its national structures.

Mainstream media should acknowledge the important role of activists like Jerome Lottering, Peter McHenry, Peet Van staden, Shafiek Joseph, Tommy Beukes and many others who, though they do not all reside within the Western Cape, all stood by Peter Marais, drew up petitions, participated in talks with the ANC and Cosatu and ultimately helped turn the tide.

A milestone. Not a destination
For all its good intent, AA & EE have become despised by many Coloureds and this is due to the incorrect application thereof, so though this victory can be celebrated for the milestone that it is, it is no place to rest on the laurels of activism, especially when it comes to the application of Affirmative Action and Employment Equity.

The intention of Affirmative Action and Employment Equity has always been to correct the imbalances of the past, and there are many who believe that these measures have run their course.
This is clearly not the reality when the workforce structures of major businesses in South Africa and more so, especially in the Western Cape are analysed.
The imbalances of the past have not been corrected and one cringes every time a Western Cape citizen classified as Coloured bemoans their perception that "Black Africans have taken over all the top positions and are getting all the jobs".
The fact of the matter is that in the Western Cape, AA and EE have not even slightly dented the dominance of White males in senior management positions.

In an April 2014 article in Cape Business News, it is made abundantly clear that Coloureds are not benefiting from AA & EE but that this is not due to top positions being afforded to Black Africans, but because the top echelons of the Western Cape corporate world is outright dominated by White males at 62% and White females at 12.7%.
The figures for Coloured males at 8.3% and Coloured females at 4.4% are in stark contrast with the 53% of which Coloureds represent of the economically active population.
Further lagging behind are Black males at 3.9% and Black females at 1.5% but somehow before the introduction of the much vaunted and thankfully now scrapped demographics regulations, there has always been a mentality amongst many Coloureds in the WC that 'Blacks are taking our jobs'.

It has now once again been proven that activists can put pressure on institutions and that they can influence government decisions.
Perhaps it is time that we educate those in our population group that AA & EE is still very much necessary.
For too long many large companies in South Africa, but especially in the Western Cape, have been skirting AA and EE regulations to maintain management structures that are completely out of kilter with the regional demographics.
The illusion is created by these companies that all of the AA & EE regulations are against Coloureds and therefor with the support of their Coloured employees they simply do not apply affirmative action, at all.

It is the complete non-application of AA & EE that excludes Coloureds from advancement in the workplace and the ripple effect is that the population group as a whole remains economically stagnant.
The sooner Coloureds start placing pressure on government, i.e. national (ANC) and provincial (DA), to force companies in the Western Cape to stop skirting the law, the sooner many more of our youth will once again become ambitious and instead of saying *"Waarvoo' moen ek study? O's Bruinmense kry tog 'ie werk 'ie", they will have more reasons to want to excel.


*"Why should I study? Our Brown people do not get jobs."

Published in Opinions
More in this category: « Taking a slice out of the Lwande Evictions PIE My First Time Voting »