Taking a slice out of the Lwande Evictions PIE

A humanitarian crisis that by most accounts has been brewing since 2003 has boiled over on 3 June 2014 and instead of seeking negotiated solutions before this cruelly cold winters day in the Cape, both the ANC & the DA have been throwing blame at each other without a chance of scoring any significant political points, while families who had already been living in poor conditions have had to spend their night braving the elements.

As the wind howls around this fairly well-appointed Wendy House I live in and the rain patters on my zinc iron roof (I love that sound), my heart aches for those who generally do not have this comfort I enjoy.
I can only imagine how terrible it must be when that very little comfort of an informal dwelling has been brutally taken away from you on such a cold winter's morning, even if you have been warned long before that you should go, where would you go?

All the legal history of who did what when and who should have done what then, can be thrown around as much as politicians from both sides want to; SANRAL officials can wash their hands in innocence with hyper OCD frequency, but whoever might win those arguments will bring no comfort to any of those affected by the evictions.

Of course there are those people claiming to be 'objective' who will say that 'illegal occupiers' of land get what is coming to them when they don't move after an eviction order has been obtained by a land-owner. However the cruelty of this whole incident could have been avoided if politicians, bureaucrats and SANRAL officials had acted in a spirit of cooperation trying to find solutions together with the occupiers of the land long before this atrocity occurred. 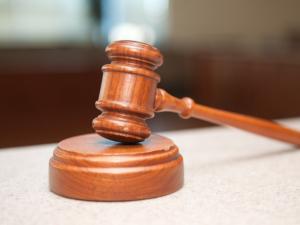 We should perhaps try to look beyond the no-win political bun fight in which both the ANC and DA are petty-politicking and maybe we should be looking at how our courts interpret Section 26 of the Constitution and the Prevention of Illegal Eviction (PIE) from and Unlawful Occupation of Land Act.

We should perhaps ask if in any way there was some provision in the judgement that was made in favour of SANRAL that would force them and the City of Cape Town to make alternative land available and that failure to do so would be in breach of the court order.
Such a provision could probably only be better secured had the occupiers of the land received adequate legal representation. I don't know how and by who they were represented, if at all.
There are enough closely resembling cases where in fact not the private land-owners but city authorities were forced to provide alternative adequately serviced sites to the occupiers of land which they are being evicted from before the eviction order can be enforced.

Even though the City of Cape Town may not have been involved in enforcing the eviction order themselves, they share part of the blame as the land occupiers have a constitutional right to be provided with alternative land by the city council.

Of course by way of their association, both SANRAL and the responsible ANC controlled national government departments should carry most of the blame as they could have applied more pressure on provincial and city authorities to supply alternative land and remained in negotiations to do so before the eviction order was enforced. The DA and ANC are both blaming each other for having pulled out of the land transfer negotiations for the resettlement of Lwande's people.

While national Transport Minister Dipuo Peters and Human Settlements Minister Lindiwe Sisulu along with other high-placed politicians will now find their way to Lwande to try to 'find solutions to the crisis', that will all just be too little, too late. This is merely a bid to save face for the ANC because if they really cared then this crisis would not have happened.

While the Western Cape premier Helen Zille continues to speak on behalf the mayor's office making pronouncements on the issue as if she makes the final decisions for the City of Cape Town, (which in many ways seems to be the case) the problem will not be sorted out like it should. The DA has a history of saying bad decisions are for the 'greater good' especially if those decisions badly affect the poorest of the poor.

While we as citizens continue to blindly stand by our preferred political parties and argue boldly their cases no matter how wrong they may be, yet still having little or no real insight into the processes of state organs, we will only see them doing just about enough to make it look as if they care about us during their election campaigns.

I sadly cannot offer ideas towards a solution to this specific crisis as it has already unfolded and as vocal as I may seem to be, even if I had ideas, I alone do not have an ounce of the required amount of clout.
I just know one thing for sure; Whether it were to be the ANC or the DA who runs this city, if we as its citizens don't start demanding equitable and dignified treatment for the most vulnerable amongst us, whether from council, provincial or national government, whether from large institutions like SANRAL, or law enforcement agencies, things will someday soon escalate to a point where we who might think we don't fall into a category that can be overrun and overruled, will be victims of totalitarian politicians and greedy corporations.

It is high time that we in the Western Cape and the rest of the country for that matter start demanding more from our politicians, both the ANC, DA and whoever else is making promises regarding housing delivery.


We are going through yet another winter with shack dwellers and backyarders in poor Black and Coloured communities who will all be suffering as they do year after year while many of them have been on waiting lists for around 20 years or more and still waiting on a decent dwelling.

This nonsense of "economic refugees flooding the Western Cape" should not be entertained as the migration of people from the Eastern Cape resulting in growing informal settlements has been a reality for many decades before I was born.
The shortage of housing supply to the Black and Coloured communities that did not necessarily migrate here has also been a reality since long before I was born and the first ever informal settlement I saw as a child still exists to this day and is still mostly occupied by Coloureds.
Have you ever heard of Malawi Kamp on the border between Elsies River, Bishop Lavis and Belhar?

Every election, parties promise us that they will speed up housing delivery, or they will tell us of their housing delivery record, but this story is not as much about them delivering houses or not; All that the people from Lwande needed was an alternative site to move to in a dignified manner.
Both the ANC and the DA have failed them.
No actually... They have failed us all.

Published in Opinions
More in this category: « Coloureds should toyi-toyi at UCT EE Demographics Dropped Is Not Enough »