What if you have no history? 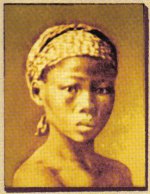 In his article below, Mark Peach shares his opinion that there is not much if any recorded history of people classified as Coloured and as such, we collectively do not possess any means by which to claim our rightful place within the broader South african population.

We at Bruinou.com believe it is too simplistic to say that Coloureds have no recorded history.
It would be more accurate to say that the recorded history of Coloureds was and still is curated in a way that is fragmented and disjointed so as to create the impression that there is no history.
Due to this artificially imposed lack of history a mind-set of dependence has manifested among Coloureds whereby it seems that if there is any history, we want others to compile, curate and disseminate that history. We should each and every one of us become custodians and curators of our history and agitate that the most accurate and not just the plausible and most politically convenient (for whoever) be taught to all South Africans but especially to Coloured children. - Editor

What if you have no history?
Max Du Preez's recent article that argued we are coming apart at the seams as a nation because we have precious little, if any, understanding of each other and the paths we have walked has stimulated this short piece, and this question: how do we understand groups in this country who have no history of the paths they have followed, and by implication, how do we incorporate them into the commonwealth of the (dimmed and tattered, still emerging) rainbow nation?

It is likely many will opine that it isn't possible to have no history; the fact of being here among us, of having walked a path, means a history of some sort exists. That's true. What I am talking about is the lack of a written, recorded, accurate (as far as that can be claimed) history? Do the Afrikaners have a history? Check. The English? Check. Certainly the Xhosa, Zulu, Sesotho, do, and many others besides.

But did you know the coloured, or brown, or mixed race folks, who ironically comprise the third-largest group in this country, have no recorded, written, accurate, theoretically-sound, history? I didn't, at least not until I read the works of a Professor of History at the University of Cape Town, Mohamed Adhikari. He claims, and I believe him, that there have been political accounts of the travails of this group, but they have been politically-aligned and subjective. There have been countless expositions of the social standing, suffering, socio-economic struggles of the coloured people, but a history? Not one exists.

So how do you think (and here I am really keen to read the insightful comments of people who regularly post, and those who don't), this affects the coloured people of South Africa?

Look at it this way: if you are an Afrikaner, imagine you have no written accounts of Blood River, the exploits of your ancestors, places named after your leaders, triumphs and tragedies that were written into your psyche and DNA, how would this affect you? Ditto, if you are English, Zulu, Xhosa, Sesotho and pretty much whatever you are.

How does the rest of South Africa understand with empathy, embrace with insight, and include a trail-less, unknown, and unrecorded people? 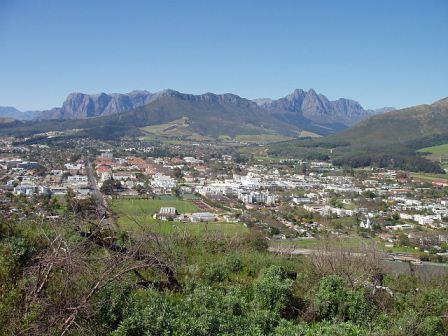 More pointedly, with all our sense of history, and look around you, we are a very historical nation, what do you know about the path of the coloured people of this country?

I am a coloured, so-called, and I freely admit, I know next to nothing about the path my own people (if we are a homogenous people) have walked. I can tell you, to say it is uncomfortable, is an understatement when everyone around you has a historical lodestar.

One more point: if a sense is history is important for the points Max makes, why hasn't anyone in power, in the name of nation-building, taken the time and expended any effort to put this right. If it isn't important, then how does the rest of this country embrace a people they know nothing about, and who likely themselves know nothing about their past?

Click Here to view the original article on News24

0 0
Published in Opinions
More in this category: « Who says Bursaries are not for us? Go get yours. Sunette vs Vinette and Our Real Fear of Violent Crime »
back to top