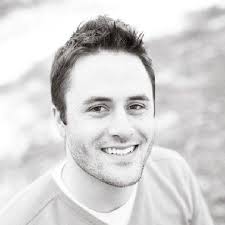 Living in Johannesburg, I quickly learned that wanting to be black was not a common phenomenon for white kids. Instead, I found myself surrounded by people whose racial self-assurance bordered on supremacy. I soon realised, for instance, that commenting on the beauty of an African woman would often elicit a gob-smacking “I just don’t find them attractive,” or “Dude – how can you look at them like that?”

This Article was Originally Published in SalientBEE

Them… my favourite word. Denoting, in general, a separate category of some kind, the ‘them’ curse is ubiquitously South African. The term infuriated me. Who or what were they? A different class of human being? A sub-species perhaps!? I could not accept that people thought like that, and so for several years, I walked around like some officious guardian of racial equality, pouncing on suspected offenders with self-righteous zeal. I was surely doing the right thing, and although it cost me a few friendships, I was happy to stand up for what I believed in.

In time, however, I started to detect the hypocrisy of my approach. I realised that my uncompromising intolerance of suspected racism was in effect a form of bigotry itself. To write someone off because of a single remark is not that different to writing someone off for the colour of their skin, and I could no longer close my eyes to the deeply nuanced life experiences that give birth to people’s inter-cultural paradigms.

It was at this point that I started to dissect in my mind what I call the anatomy of racism.

In simple terms, I believe that people relate to others first through their sense of sameness, and only then through their disparities. Pretty simple stuff. A child will struggle to spend time with another child with whom they have nothing in common; a common language, a mutual friend, similar games or toys, etc. As adults, we are not very different. We gravitate immediately towards the characteristics of others that denominate us as being the same. We are always looking for commonality; work, sport, hobbies, marital status, etc. Only once these similarities have been explored, and we feel a sense of security about the other person’s opinion of us, do we feel safe to venture into differences such as politics, religion, world view or personal values.

If we rush our exploration of commonality, our differences are more likely to alienate than endear, and we quickly fall out of favour with one another, developing a disliking for people we sometimes hardly know. On the contrary, if our commonalities result in enough mutual respect, our connection can eventually grow to transcend the need for sameness. In time, it will be built as much on the richness of our divergent perspectives, as it is on our similarities. In my opinion, this balance constitutes a truly meaningful human connection – the kind of which good marriages and life-long friendships are built.

During my utopic years at a United World College in Swaziland, I experienced no shortage of commonality with my peers from over 50 different countries. We studied the same subjects, wrote the same exams, and played the same sports. We (eventually) spoke the same language and used the same local slang. We acted in the same plays, colluded to break the same rules, joined in the same cultural evenings and ate the same canteen food. In fact, there was so much we did that was alike, that the variation in our native traditions became a source of mutual respect and fascination, rather than aggravation. Our divergence was celebrated, not scorned.

South Africa however, tends to create a different experience to this. Here, differences in race coincide so dangerously with disparities in socio-economic and politico-cultural heritage, that people become confused as to a link between their differences and the colour of their skin. In reality, black people differ from white people only insofar as their life experiences have been different; the actual pigment of their skin is agnostic to anything they may or may not have in common.

But daily we are told in subtle ways that this is not the case. Let me use a theoretical, but sadly common example to illustrate the point. When our president does something deemed to jeopardise the economy, my likely contempt for his actions, combined with the incidental fact that his electorate is mostly black, might seduce me into assuming an ‘us and them’ mentality that places ‘my’ race in opposition to ‘his.’ Now although this kind of thinking is clearly ignorant and, well, stupid, the truth is that logical fallacies of this nature are commonplace.

When I am then regaled the next day by yet another story of an ‘armed black guy’ breaking into my colleague’s home, this mental polarity could subconsciously be reinforced, as if correlation suddenly evolved into causation. Thus, perpetuated daily by the inequalities of our troubled society, false associations are forged between a person’s race and their negative behaviour. Sadly, while the bias towards the faults of others is universal, the skewed social patterns that so exacerbate prejudice, are so much more pronounced in our landscape of inherited injustice and suffering.

And so, some cling to policy as a remedy. B-BBEE, for one, is touted by many as our panacea to inequality, and in some respects, it has succeeded in addressing this scourge. For many South Africans, BEE has meant access to jobs, training, leadership and funding, that unless ‘forced’ upon the economy, might never have materialised in their lifetime. I have personally seen racially exclusionary people embrace diversity out of economic necessity, who otherwise would have continued their whole lives to hire and associate only with people of their own ‘kind.’

But has it changed people’s perceptions of one another? Has it influenced the inner voice that falls back on bigotry when conflict is inevitable? I fear not. And my sense is that legislation never will address problems of this kind.

To counter the enmity born so quickly in our hearts, takes a personal commitment to principle that supersedes our tendency towards judgement, generalisation and self-aggrandisement. It takes the personal courage to examine our inner dialogues, and critically evaluate the prejudices we won’t even admit to ourselves. Lastly, it takes a willingness to relinquish the views we jealously guard against reason, and the humility to accept that we are often wrong in our assumptions.

I have met people demonstrating this kind of courage in every walk of life. People who quietly exude integrity without preaching about it. Far from the smug fervour of my youth, they master the art of disagreeing agreeably and inspire (rather than shame) others to change.

One of the redeeming qualities of humankind is our ability to choose to be different. As individuals, not groups, we represent our nation’s only barrier to transformation in the broadest sense of the word. South Africa can change only as much as I am willing to change, and so we remain the real determinants of our own future.

As we actively seek out examples of humanity that contradict our stereotypes, and as we consciously choose reason over racism, we will prove far better custodians of our humanity than our baser selves would dictate.

Click Here to View The Original Article on SalientBEE