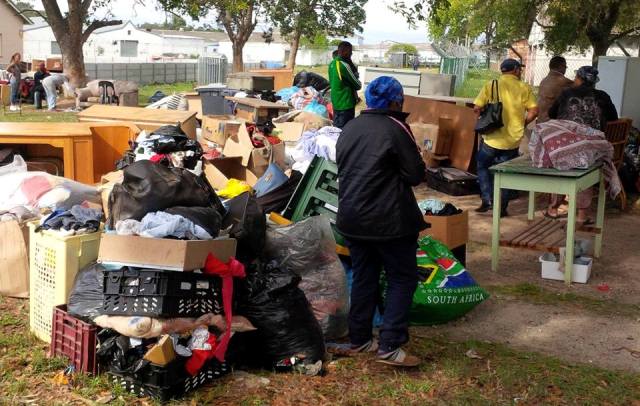 Today is Mother's Day and while so many of us are celebrating this beautiful day, in Eerste River 32 mothers and their 61 children had to sleep outside in the rain last night.
The women were evicted by the WC provincial government from where they were living at the Lefleur School Shelter for Women on Thursday 5 May 2016.

Since Thursday a few Bruin Belange Beweging members under the leadership of former premier and retired politician, Peter Marais and gospel music stalwart Pastor Joe Sellidon, along with both their wives, Bonita Marais and Renee Sellidon, have been working hard trying to assist these women and children while also trying hard to get WC provincial government authorities to resolve the issues around the eviction of these vulnerable women and children.


In an Open Letter posted on his personal Facebook page, Mr Marais expressed his anger and frustration.
It is an anger which I believe we all should share.

OPEN LETTER TO ALL BELIEVERS, PASTORS AND COMMUNITY LEADERS REGARDING EVICTED WOMEN AND SMALL CHILDREN AT THE LEFLEUR SCHOOL FOR ABUSED WOMEN BY THE WC GOVERNMENT. 61 children and 32 mothers had to sleep outside in the rain since Thursday.

You would recall that I as president of the BBB and members of the EFF have visited the evicted people to assist in having them sleep under roof instead of the bitter cold. I have spoken to premier Zille, Minister Dan Plato and even the head of Social Development Mr Robert Mc Donald.
I can now confirm that all the promises made were false and that the poor people and babies are still sleeping in the cold on an open field in Eerste River.
I can also confirm that the court order which was granted to the Dept Public Works was illegal as it failed to protect ''what was in the child's best interests' Secondly the order stipulated that the people's belongings had to be stored in a safe place until they could collect it.
THIS WAS NOT DONE. THE PEOPLE'S BELONGINGS WERE THROWN UNCEREMONIOUSLY ONTO AN OPEN FIELD.
SOME WERE BROKEN THROUGH BEING MISHANDELED.

I was assured by the head of Social Services yesterday that the people would be housed at THE ARK shelter last night; ANOTHER LIE.

I spoke to the head at THE ARK pastor Greg this morning. He assured me that it never happened. The Ark is 130% full and cannot accommodate the women and children. Already some people had to sleep in the toilets at The Ark.

ONLY NOW DO I UNDERSTAND WHY PEOPLE BURN DOWN BUILDINGS AND THEIR ACTIONS TURN INTO ANARCHY. NICE TALKS DON'T HELP. IT ONLY RESULTS IN LIES AND PROMISES.
PEOPLE REMEMBER THIS NEXT TIME YOU ENTER A BALLOT BOX TO VOTE. THE DA COUNCILLOR WAS NOWHERE TO BE SEEN AND NEITHER WAS THE MINISTER OF SOCIAL DEVELOPMENT.
DA YOU WILL NOT GET MY VOTE THIS TIME AGAIN.! I AND MY FAMILY HAVE HAD IT.

These Destitute Women are Khoisan Women

A few days earlier Mr Marias has also bemoaned the fact that Khoi-san leaders, chiefs and kings have not added their voices to the plight of these women.
"Those people who were evicted were indigenous people. They are all Khoi-san descendants but where were the chiefs?"

This is an indictment on those seeking support for their status as traditional leaders when in times of crisis like these, they are not showing any leadership. 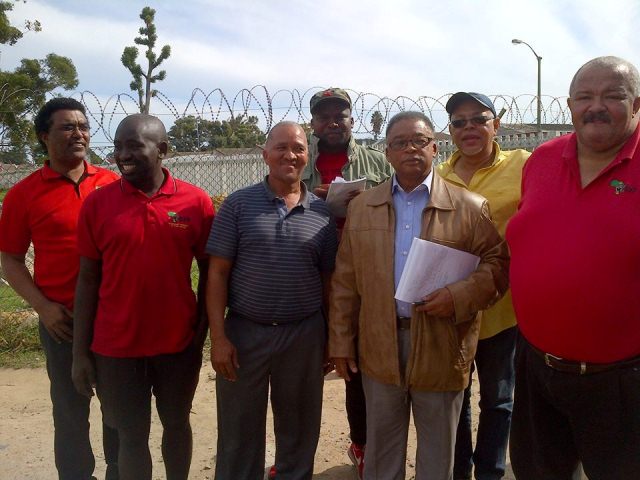 With the EFF being the only political party who saw the need and actually joining and assisting these two community leaders in their efforts, irrespective of political differences which they might or might not have, the EFF is now being accused by supporters of other parties of using the plight of these women as an exercise in political opportunism.
There was an opportunity taken yes, but it was an opportunity to do some good.
It is quite simple. The EFF happened to be the only political party to see and take that opportunity to help these women in their time of need.

Clearly the party responsible for this dire situation is the party that should have taken the opportunity to show that they, the DA, actually care for the people who have voted them into power.
THEY DON'T CARE!

Disclaimer:
This article by Ryan Swano is written in his personal capacity and his political opinions do not necessarily reflect the views of bruinou.com and his opinions should not be seen to imply that bruinou.com supports and endorses any particular political party.

More in this category: « Is an Independent Western Cape Viable? The Ordinary Magic that can change a child’s future »
back to top