Is an Independent Western Cape Viable? 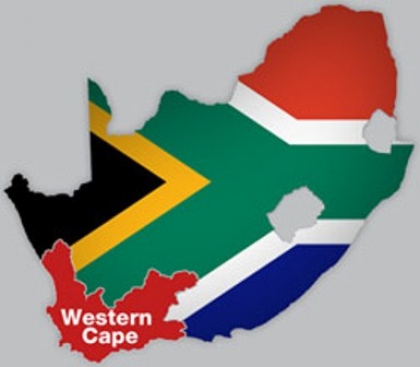 In this opinion piece on Politicsweb.co.za RW Johnson, author of the book 'How Long Will SA Survive?', discusses whether the Western Cape could ever go it alone.
We at Bruinou.com do not necessarily support or condemn the idea, but we do realise that the topic of the province possibly seceding from the Union of South Africa, or gaining more autonomy in a federal system, is one that is discussed by people from all walks of life. We are also aware that currently there are organisations, political parties and thought leaders who are having serious discussion about the idea of an independent Western Cape.

Waking up the Sleeping Dogs

I live in Cape Town and mix with a reasonable cross-section of my fellow residents. In recent time, particularly among the white and Coloured communities – who make up around 70% of the population, I have been surprised to see how often the notion has come up quite spontaneously of an independent Western Cape or, at the least, considerably greater autonomy for the Cape. In any group where the subject comes up there is, each time, great and universal approbation for such schemes. People exclaim with enthusiasm “That is my dream !”, “Oh, if only we could do that !” and so on.

This is interesting because while these sentiments are undeniably out there and in some strength but they are, as yet wholly unrepresented in the public realm. True, in the last elections here a tiny Cape Independence Party made its appearance. Its posters proclaiming an independent Cape caused a considerable frisson but the party received a derisory vote because even those who sympathised with it felt considerably more comfortable voting to retain DA rule locally. But if my (admittedly unscientific) sample is anything to go by, such sentiment has since become stronger.

The roots of such feeling are not difficult to discern. Ever since the DA came to power in Cape Town and in the Western Cape one has heard a growing chorus from visitors that “It feels like a different (and better) country down here !” The public hospitals and schools work far better here than anywhere else in South Africa, the traffic lights work better, the city centre is safer, there is less litter and generally there is better governance.

The municipalities of the Western Cape typically get clean audits and the whole province is seen as a showcase for DA rule. The Cape is also predominantly Afrikaans-speaking and there is considerable resentment at attempts to do away with Afrikaans instruction. Indeed, some Coloured Afrikaans-speakers have told me that they see the attempt to make Stellenbosch University English-speaking as the second great betrayal of the Coloured people.

In the 1950s, the argument runs, the abolition of the Coloured vote cut the community off from its natural development. Now, at last, the universities are open to its sons and daughters but since most are Afrikaans-speaking, a change in language policy would deprive another generation of the chance of social mobility.

Beyond that, of course, the Western (and Northern) Cape are distinctive in having predominantly Coloured and Afrikaans-speaking populations, the only places in South Africa where Africans are in a minority. There is, inevitably, a resentment against the tide of African immigrants from the Eastern Cape which has flooded into the Western Cape since the abolition of influx control. Whisper it softly, but the fact is that many Coloureds were happier when the Cape was a Coloured Labour Preference Area.

One hears angry and sometimes racist statements: “Why do we want these people ? They only bring problems”. “Zille was right, they are refugees. They are fleeing from the Eastern Cape because it's collapsed under ANC rule. And they come here and vote for the ANC so they can collapse things here too”. “They are committing genocide against the Coloured population”. And so on. There are many bitter remarks about Jimmy Manyi having declared that Coloureds should only get 8% of the jobs in the country and that they should be forcibly spread out around the country.

Click Here to Continue Reading the Original Article on Politicsweb.co.za

More in this category: « WTF South Africa?. What are you trying to do to Coloured folk? A Visitor's Guide To The Real Cape Town - Navigating Cape Flats Lingo »