THE STATE OF THE SO-CALLED COLOURED NATION IN SOUTH AFRICA 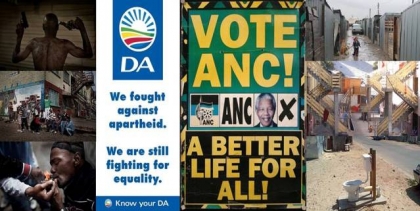 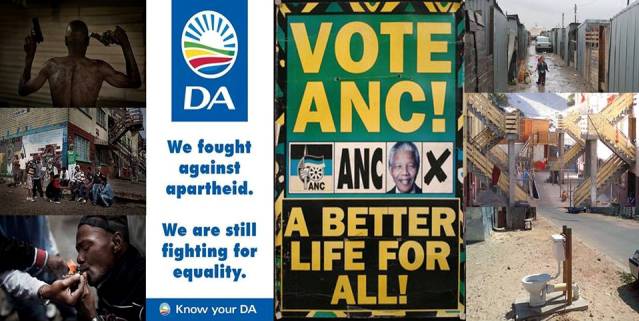 In this opinion piece by Brian Ebden, he addresses the dire issues facing the Coloured population group of South Africa and more particularly those living in the Westren Cape and in doing so challenges the policies of both the two main political parties in the country.
Brian Ebden writes in his own personal capacity and the opinions held in this article are not necessarily that of Bruinou.com or our editorial team.

THE STATE OF THE SO-CALLED “COLOURED” NATION IN SOUTH AFRICA:
MOST PERSECUTED – MOST FRAGILE AND AT-RISK COMMUNITY IN THE COUNTRY
by Brian Ebden

While it is critically important that a united and detribalised front is evidentally necessary to eradicate white supremacist hegemony in the country, it can never be achieved in the short to medium term if the 2nd largest cultural group suffers from massive debilitating issues. The saying that collective strength is only measured by its weakest link rings true in this instance.

Over the last 21 years, the so-called “Coloured” community has experienced unprecedented marginalisation and maltreatment from the ruling ANC. The reasons therefore are irrelevant however, the impact is important in terms of this discussion. This misguided and misplaced attitude has allowed significant groundswell support from the so-called “Coloured” community to the Zionist Supporting Democratic Alliance, headed by a German Jew and known Zionist, Helen Zille and before her, another Zionist Jew, Tony Leon. All the political promises from the Mandela era, “A better life for all” can retrospectively be construed as a “Better life for all except so-called “Coloureds”.

The DA’s election promises fed into this snub by promising a “Fight Back” and followed by “Jobs”. Predictably, once the DA was in power, it openly claimed that there weren’t sufficient and suitably qualified so-called “Coloured” people for critical positions within her government and continued with business as usual. We all know this to be nothing but another false declaration and little more than an excuse to continue the marginalisation of so-called "Coloured' people.

Recently, the exclusion of so-called “Coloured” players from the Bafana Bafana team (from 2010) and Fikile Mbalula’s snub at the arrival of world 400M champion, Wayde Van Niekerk as well as the impending legislation to officially exclude the group from the future Preferential Procurement Policy Framework Act clearly and unequivocally spells out the ANC’s position and prejudice.

The DA on the other hand has claimed to create 100,000 jobs however, if this was and is indeed the case, it was targeted at menial positions coupled with meager income. Crucially, the DA steers clear of developing young entrepreneurs in the so-called “Coloured” community and only hands out “preferential” treatment close to election time. If Zille’s actions were to be best described with her handling of the Hangberg issue, mass evictions in Delft, Lwandle and elsewhere in addition to the outside toilets saga, it is and has always been more of the same under a different name.

It is abundantly clear that neither the ANC nor the DA seek to re-dress/address century’s old social issues, massive societal problems and lack of improvement of the fundamental material conditions of the people. What this discussion argues is the societal conditions prevalent in and what plagues the so-called “Coloured” community in the country and what the best way forward should be to address these issues.

Before we look at the way forward, a thorough assessment needs to be viewed contextually to understand the massive and often horrific set of problems facing this community as a collective.

To recap on the prevailing collective pathology of so-called “Coloured” people who, for more than 350 years have suffered immensely under the yoke of white supremacist genocide, various atrocities, enslavement and the complete removal of all rights in particular those centered around the issue of land, culture, language and tradition – today the so-called “Coloured” collective occupy a position on the very fringes of South African society, oftentimes even in the very shadows of economic and cultural development.

This has birthed a feeling of extreme helplessness and the unwitting adoption of the attitude, (right or wrongly) that it was either too black pre 1994 or too white post 1994. This fed into the Democratic Alliance’s master plan of using the so-called “Coloured” vote to entrench their base position of continued control of the best land and access to the best facilities in the Western Cape while the masses of the electorate continue to wallow in abject poverty in dormitory slums such as Manenberg, Kewton, Hanover Park, Mitchell’s Plain, Blikkiesdorp et etc. Once this vote was secured, they then moved on to securing the “black” vote which is evident in their latest appointment of Mmusi Maime as their supposed national leader.

Meanwhile, the ideology that has been repeatedly sold to the so-called “Coloured” collective is that the Western Cape Province and particularly the Cape Town municipality are the best run in the country. Having said this, the so-called “Coloured” community continues to suffer some of the worse social, psychological and health issues on the planet in addition to being the most vulnerable community in the country.

So-called “Coloured” people are far more likely to be murdered than any other group as per 106 murders per 100,000 to 41 per 100,000 for “Africans”. This is incidentally the HIGHEST PER CAPITA murder rate on earth!

The Western Cape and in particular, so-called “Coloureds” has a gang saturation higher than any other city on earth with 10 major gangs each with membership in the thousands, however, there are literally hundreds of smaller street and corner gangs in every township in the Cape Metro area as well as bigger rural towns in the Province.

Most gangs use/abuse the feeling of uselessness, helplessness and widespread unemployment in the community to further entrench massive drug addictions which has since the late 1970’s, virtually crippled the healthy growth and development of the community.

As of 2014, 76% (SEVENTY SIX PERCENT) of the world’s production of Mandrax was consumed in the Western Cape; 42% of the total collective are addicted to Methamphetamine or Crystal Meth (known as Tik) with 1 in 5 so-called “Coloured” children (of teenage years) being addicted to this drug.
This collective has a 15 times higher incidence of Meth addiction than that the USA or the second highest rate of Meth addiction on the planet, after the so-called "Coloured" group.

Between the ages of 13 – 20 years, 58% (FIFTY EIGHT PERCENT) of all so-called “Coloured” females are addicted to Tik (Crystal Meth), we also have the highest incidence of female tobacco smokers on earth and, the same young women also indicated the highest cases of Foetal Alcohol Syndrome (FAS) with rates as high as 12, 2% as opposed to the global average of 0, 1 to 0, 8%. In the Boland region in the Western Cape, FAS rates are staggeringly high at 300 per 100,000 (the world average is 1 per 100,000) - This beyond tragic and travesty.

On the subject of so-called “Coloured” woman; this group of females indicate the highest known rates of extra-family child abuse, teenage pregnancies as well as incest on earth in many instances up to 60% (SIXTY PERCENT) of the total. This is by far the highest rate of incest and child abuse on earth.

The issues facing the so-called “Coloured” collective in terms of morbidity indicates the highest reported rates of Social Anxiety Depression (SAD) in the world; highest rates of tuberculosis as well as asthma deaths on earth.

Additionally, the highest alcoholism rates (naturally as a direct result of the enforced tot system of payment for labour used by farmer colonialists for centuries) and what is known as week-end alcoholism rates than any other group on earth is experienced by the so called “Coloured” collective. Second are Australian Aborigines and third are American “Indians”.

The time has come to take a stand. Every so-called “Coloured” child and family is at risk of being swallowed by the numerous ills which plague this society and if we as the collective don’t do something about this situation, sooner rather than later, we will experience a societal meltdown of unprecedented proportions.

BE STRONG ENOUGH TO TAKE A STAND NOW AND SAY IT LOUD!
Please share this message to wake our nation from its sleep.

Brian Ebden writes in his own personal capacity and the opinions held in this article are not necessarily that of Bruinou.com or our editorial team.

More in this category: « WTF South Africa?. What are you trying to do to Coloured folk? Why are Coloured Women so Angry? »