#ColouredExcellence & #BlackExcellence is not a Zero Sum Game 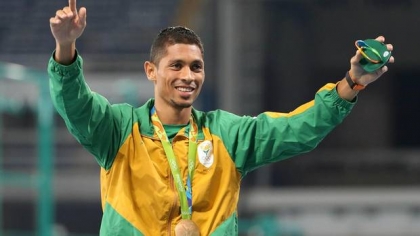 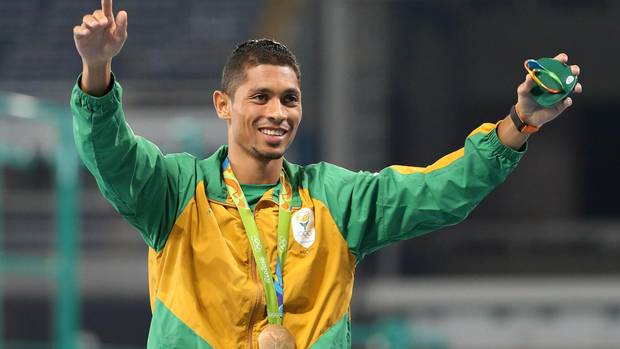 I am celebrating Wayde van Niekerk's victory as "my own" and I am as happy for him as I would be if a family member had broken the world record.
That's how personal this is. That's how much regard and affection I have for this young man - as if he was my younger brother or nephew.

Zizwe Nje spins quite an interesting angle on the whole debate around how Wayde van Niekerk's outstanding Olympic achievement is being celebrated. We think it brilliantly ties in with what Bruinou.com founder Charles Ash had to say in his interview with The Daily Vox.

I'm going to confine my comments to the Black community (African, Indian and Coloured people) because this debate around Wayde is very much a metaphor for a long standing delicate matter that we've been tip-toeing around within our huge, diverse extended family that is undeniably dysfunctional (Because. Apartheid. Internalised anti-Blackness) and yet remains indescribably beautiful despite everything we've been through collectively, and are still going through.


Apparently, my claiming Wayde as my own gets some people in their feels. And their objections can roughly be summarised as follows:

1. Those Black people (be they Coloured, African or Indian) who argue that Coloured people are allowed to define themselves, and by claiming his victory as my own (because of our shared Black identity), I am erasing his Coloured identity. My response would be:

It's important to distinguish between the right to self define (a right we all have), and being ahistorical.

Recognising our shared historic and present socio-economic and political marginalisation as Black people does not preclude us from celebrating and honouring the cultural richness of our distinct African, Indian or Coloured heritage (traditions, spiritual beliefs and practices, languages and cuisines etc) simultaneously.

So the Coloured community celebrating Wayde (and correctly so) does not mean that other Black people cannot. Why? Because Wayde has overcome every single struggle that fellow Olympic medalist and team mate Luvo Manyonga has had to overcome, by virtue of their shared history and present socio-economic and political experiences as Black people. So I will celebrate Wayde and Luvo with equal fervour, unashamedly.

And no, my claiming Wayde because of the shared socio-economic experiences of African, Indian and Coloured people is *not* the same as a white person wanting to define who I am. That's a false equivalence because my positionality as an African (and an African woman no less) can never be equated to a white person in relation to a Coloured person. Not by any stretch of the imagination.

Furthermore, besides being ahistorical as indicated above, insisting on this manufactured intra-Black separateness does not serve our interests either as Black people collectively, or as distinct communities that coexist under the Black umbrella.

In summary, the ‪#‎ColouredExcellence‬ hashtag can and should sit very comfortably alongside the ‪#‎BlackExcellence‬ hashtag, because one does not cancel the other out - in fact, they mutually reinforce one another.

And if that gets you in your feels, to mix metaphors from African and Coloured communities across this beautiful land:

Published in Opinions
More in this category: « Don’t be Fooled by My Complexion Are Coalitions Democratic? »