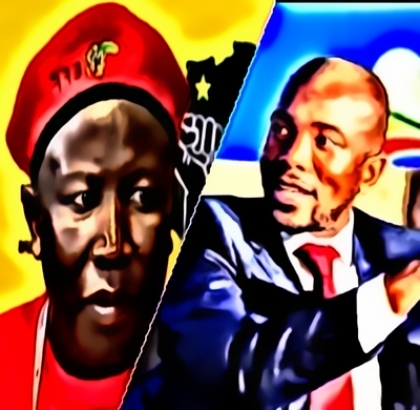 One of democracy’s fundamental flaws is the concept of coalitions. The 50% plus one vote rule provides the background for a complex yet simplistic abrogation of citizens’rights by politicians. Party A may get less votes than Party B but if they throw in their lot with Party C, then both of them can rule without the party which polled the most support, despite the fact that the majority of voters did not vote for them!

Kenni Gambo looks at how Coalition Politics could be made to work better so that the will of the voting population does not get side-swiped as casualties of these marriages of convenience.

If there are to be coalitions then the first right of refusal to form one should belong to the party with the most votes. That party should therefore have the benefit of seeking any of the others it vanquished as a potential coalition partner and only after either a deadline has passed or it decides to wave its right to be part of government, should the second biggest party also be given a chance to create a coalition. The law should also contain a clause which forces the two biggest parties to form a coalition so that the majority of voters’ wishes are represented as the two best supported parties will be part of the new regime. To allow a much smaller party with little support the role of kingmaker is to elevate the wishes of a small minority above that of one of the bigger parties, nullifying the most basic of all democratic principles; that of majority rule. That is not right. Therefore the first right of refusal as coalition partner should also be extended to the second largest party.

Another option which needs scrutiny is the threshold of 50% plus 1 vote. In the event of a hung outcome the party with the most votes individually should be given the right to rule if its total tally of votes exceeded 45%. That would still force it to work with others if it wanted to pass legislation which would still require the old threshold to succeed. Such a step is both democratic and encourages multi party co-operation. Voters vote for political parties and not unformed coalitions between groups which did not exist at the time of voting. The party manifesto which they enthusiastically adopt is normally the first casualty of such a process as compromises to create a coalition lead to altered points of action.anc

In the recent South African local government elections key metros like Nelson Mandela Bay, Tshwane and Johannesburg produced no outright winner. The ruling African National Congress failed to obtain outright majorities with the DA leading the vote count in both Tshwane and Nelson Mandela Bay. However proposed coalitions with the Economic Freedom Fighters, EFF, could see the ANC retain control of these metros, leaving the DA out in the cold despite the fact that it won more votes than either party. This would mean that a party like the EFF which polled 6% of the vote actually elbows out the larger Democratic Alliance, leaving the DA’s 41% support base unrepresented on the sidelines. Likewise should the DA and the EFF team up, the smaller Economic Freedom Fighters would be leapfrogging the ANC into a coalition government with the DA despite polling considerably less than the ruling party. In both instances the smaller less supported party determines who will rule.

In Johannesburg the ANC received the most votes yet an agreement between the EFF and the DA could sideline the ruling party despite it having more support than its competitors. This is the folly of coalition politics. You may cast your vote for a particular party but it could end up being added to that of a coalition which involves another organisation for whom you did not vote. Although that coalition could end up ruling, it is unlikely that the issues you needed to be addressed by the party you initially voted for would see the light of day given the compromise coalition politics very
often demand. That is as close to a wasted vote as one can get. Similarly the followers of the party which receives the most votes but finds itself out of power due to a coalition between two smaller parties, have a right to feel that their votes were wasted too. In both instances it renders voting a futile process which leads to voter apathy in the democratic process. If garnering the most amount of votes is still the accepted criteria for deciding election victors then coalition politics in this case, turns two losers into winners without the need to legalise their union of convenience whilst the winner becomes the loser despite polling the most amount of votes! 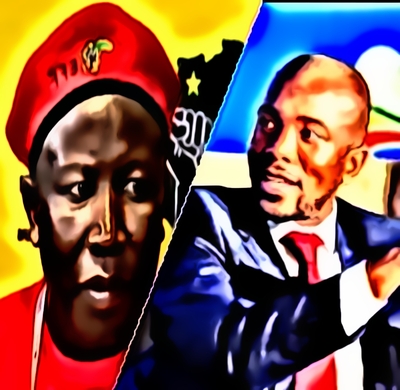 It cannot by any stretch of the imagination be seen or interpreted as democratic practice. Simply put, coalition politics like its flawed predecessor of floor crossing, needs to suffer the same fate and be confined to file thirteen.Economic Freedom Front Leader Julius Sello MalemaIn most cases parties with diametrically opposed ideologies and sometimes plain down hostility towards each other may join forces to oust a common enemy, in the process ignoring the voters choice of the sidelined party which has the most votes. There is no democracy in that. Electoral rules should require parties to make it known before an election who their preferred coalition partners would be in the event of a deadlock. The horse trading that takes place after the elections is a negation of democratic principles and a violation of the rights of voters. Elections are fought by individual parties in most cases and the tallies of votes garnered determine the winners and losers. When Party A gets 48% and party B gets 42% and Party C receives 10% electoral support, that mans that Party A has won the most votes. Allowing Party B and C to combine their vote tallies is an aberration and corruption of the entire electoral process. Even if it has been done for over a century, it is undemocratic and needs to be erased from our electoral laws regardless of who it may benefit or hurt.

It is high time the many intellectuals and analysts as well as the political scientists of our time and continent came up with a more representative system of governance which REALLY respects and reflects the will of the people. Democracy cannot be the only electoral model and system of governance when it has serious flaws which can ignore the will of the people. In America Democratic Party presidential candidate Al Gore won the public vote which is what you may imagine a reflection of the peoples’ will, but an electoral college formula denied him the presidency. If elections truly reflect the will of the people, George W. Bush would have never been anywhere near the Oval Office to launch the devastating wars on Iraq and Afghanistan. There would have probably been no 9-11 and the world could have been a better and safer place. The majority of the American people never voted for him!

Democracy itself needs to be overhauled. It thrives on big capital, the fourth estate and the ability to use propaganda, misleading the very people whose preferences it claims to serve. It panders to big capital who bribe and ‘donate’ through a network of issue lobbyists, then dainfluences public opinion through either a media blackout or whitewash, to make predetermined choices ‘supported’ by biased presentations and pseudo science. In addition democracy has its friends on the judiciary too, people who enforce the choices of a population who receive the wrong information through biased reporting posing as news and research. Democracy may arguably have been the best system man has been able to come up with so far but it has served its purpose and has been hi-jacked by many stakeholders, becoming a hostage of greed, ambition and self interest. As it is currently practiced it is no longer a true reflection of the will of the people.

Coalitions formed after a hung election make it difficult for democracy to claim that it is indeed democratic or a true reflection of the will of the people when those who garnered less votes are allowed to team up with others who got even less, yet end up forming the next government and leave the party which polled the most votes out of government. This is simply not democracy.

This article was originally published on Cape Metro and is republished with permission.

Click Here to View the Original Article on the Cape Metro website.
*Kenni Gambo is a social activist, motivational speaker and author and writes this article in his personal capacity. He is based in Cape Town, South Africa and can be contacted at e-mail: This email address is being protected from spambots. You need JavaScript enabled to view it.

More in this category: « #ColouredExcellence & #BlackExcellence is not a Zero Sum Game There’s no such thing as a coloured identity »