And The Beat Goes On

And The Beat Goes On 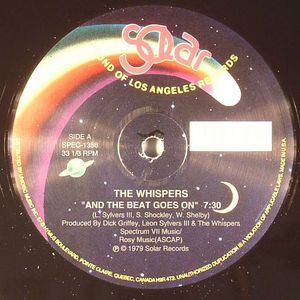 There are only a few rare members of our species, young and old, who wouldn’t have the tune bumping in their skulls when someone says “And The Beat Goes On” or that wouldn't at least have a vague idea of who I’m talking about when I say The Whispers are coming to town.

…but Seriously, you were either dancing to it in the early 80’s or you grew up seeing your parents go nuts when it gets played on the radio or at a party.
Now you tell me about a Coloured bash where Old School music is played and there ain’t any Whispers on those speakers... Nog nooit gesien nie!

If you really don’t have a clue, that specific song has been so influential that it has been sampled or covered by more artists than I would have space to mention, most notably Will Smith with his 1998 hit single “Miami” and more recently Madonna sampling The Whispers original performing a live remix of her song “Beat Goes On” during her 2009 Sticky & Sweet Tour.
For the those gamers who pay attention to game soundtracks, the song was also featured on Grand Theft Auto: Vice City.

Obviously those who participate in our Old School Classics  thread on our forum need no introduction or explanation.

The Whispers, after 40 years together are still selling out concerts in their native USA and all over the globe.

So why am I making all this fuss?

If you still don’t know, then you’re obviously not listening to Bush Radio, Eldos FM or Kaya FM, who as media partners have all been promoting their tour for a while now.
Well known for their still regularly sampled No 1 hits "And The Beat Goes On" and "Rock Steady", The Whispers are gearing up for an exciting tour of South Africa with a 10 piece band performing all their hits from past to present.

This will be the very first time that they will be performing on South African soil with concerts in Johannesburg, Carnival City 29th May and Cape Town, His People Centre, 1st June.
Due to the difference in layouts of the venues prices range from R250 (CPT) and R400 (JHB) to R700 (Both) for Golden Circle tickets. The man behind the team responsible for bringing this legendary group to SA is no stranger to hosting big events or himself being an attraction at internationally acclaimed events.

Calvin Peters aka Uncle Cal, is host of The Flashback Show on Bush Radio, he’s an events and club DJ who specialises in but is not limited to old school, a motivational speaker, comedian and he was the man responsible for bringing us the “Jazz On The Lawn” series of events that were featured on bruinou.com in 2009 and 2010.
Uncle Cal also scored a big one when he was the DJ Rocking Green Market Square during the annual Official Free Opening Concert of The Cape Town International Jazz Festival.

Naturally, knowing what his nephews and nieces would want for this concert to be an experience of a lifetime, Uncle Cal is lining up some awesome South African Artists to perform as supporting acts to warm up the crowd before The Whispers take to the stage.
The only snag so far is that Calvin Peters is having a terribly hard time convincing Uncle Cal to also make an appearance on stage.

You being a member of this awesome online community and knowing that You've Got An Uncle In The Music Business, can now stand a chance to Win a Set of Two Tickets to see these legends perform with supporting acts by well-known SA artists.

If you are not yet a member of www.bruinou.com then, as part of our terms and conditions, you will have to register; then you will also have to go visit Uncle Cal’s Facebook Page and make sure you Like it.

Of course you can’t just solely rely on your chances of winning a set of tickets. Make sure you get to see these legends perform by booking your tickets right away before the sold-out signs go up. 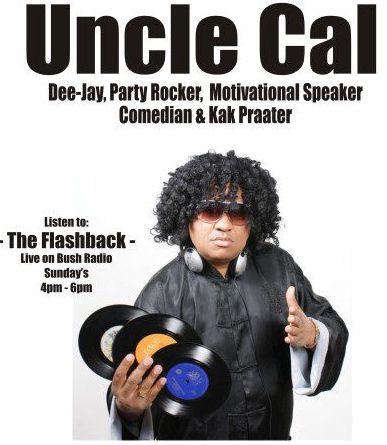 The competition closes on Friday 24 May and the winner will be announced by Uncle Cal on The Flashback Show on Bush Radio on Sunday 26 May between 4pm and 6pm and bruinou.com will contact the winner.
Terms & Conditions Apply.

0 0
Published in Entertainment News
More in this category: « Packing a Big Punch Noem My Skollie - The Movie & The Newly Released Title Track by Hemelbesem »
back to top