The Hitmaker Has Left His Mark. Hamba Kahle Al Etto

A brilliant musician with numerous hits as a solo artist, he is better known for having mentored the artists under his wing.
His song-writing and production skills shone the limelight on many a musician who owe their fame to him.
Eldridge Etto better known as Al Etto has made an immeasurable contribution to the South African music and entertainment landscape.
He sadly passed away on Thursday 26 September 2013 from apparent heart failure and South Africa has forever lost a luminary in the music world. However, his music will live on.
Responsible for what is most probably the best Father's Day song ever; In 1987 he shot Ricardo Groenewald into childhood stardom with the evergreen hit, 'I Love You Daddy'.
Ricardo broke the news on his Facebook page soon after Al Etto passed on and expressed his condolences to Al's wife Ginger, a songstress in her own right. 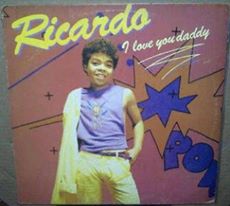 Born on 3 June 1953 and raised in Port Elizabeth and in later years establishing himself in Cape Town, Al Etto has made a huge contribution to the music industry as a solo artist, and made his presence felt on the SA music scene with his 1980 smash hits 'I found Love' and 'Party Night'.
He was also part of the successful trio 'Infinity' and established himself as a songwriter and producer working with a myriad of musicians & bands including The Rockets, Groove Station, Sipho Hotstix Mabuse, Jonathan Butler and in 1978, when she was only 15 years old, Al Etto already had a handle on a then unknown Brenda Fassie's musical talents, introducing her to Koloi Lebona, the first producer she worked with.
In recent years he has also worked with gang boss turned rapper, Ernie ‘Lastig’ Solomon, whose foray into music saved him from a life of crime and violence. Solomon had nothing but praise for Etto after learning of his death.
Lastig spoke to The Citizen and had this to say: “Mr Al was a huge figure in the music business and has worked with many popular singers like Dr Victor, Jonathan Butler, and Danny Brown. If it wasn’t for him, I would still just be Ernie Lastig, or I might even be dead.”
The former gangster met the producer at the tender age of 14 and they went on to record his debut album, ‘Sabela Die Nommer’. He fondly remembers this fateful first meeting, saying: “When I told him I wanted to change my image, he helped me so much. Now I have my own music studio and I have released a movie.”
The influence that Al Etto had on the music industry will forever be legendary to say the least.
His absence will not only be felt by people involved in entertainment but also by the ordinary people who crossed his path.

His trademark red-dyed hair made him stand out in public and at events but as much as he stood out, wherever we met, he easily blended into conversations with his open personality.
We at bruinou.com offer our sincere condolences, to Al's wife Ginger, his family, his friends and to all those who were touched by his invaluable contribution to society.
Rest in Peace Al Etto. You'll be Remembered Forever
Tweet

Published in Entertainment News
More in this category: « It's Alright coz BazaSon & Principlez Say So When Comedy Meets Opera. Ashley Pienaar & James Bhemjee Live in Concert »