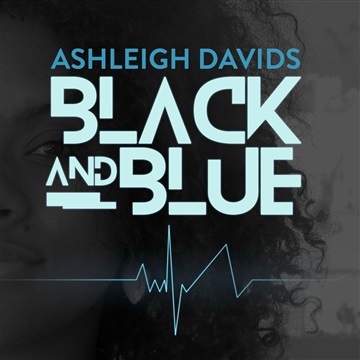 Ashleigh Davids needs no introduction to regular bruinou.com readers having occasionally written articles in our entertainemnt section over the past few years and more recently having her personal blog re-published on our community news pages. She has through the course of her writing and journalism career also been nurturing a career as a performing artist and musician with her latest single play-listed on radio stations all over the country and as far away as the UK.

A song packed with meaning and symbolism it also speaks directly and indirectly to the issues that are highlighted in South Africa during Womans Month.

Soon after the release of Black and Blue which you can Download for Free, Ashleigh left Cape Town for a seemingly unrelated venture in Malawi where she will be living till the end of the year.

However, if you have taken in anything that Ashleigh has written, sang about or spoken of over the past few years you will know that there is no such thing to her as an unrelated venture and everything she does relates to a long-term higher purpose.
Read more about her latest ventures and adventures in her recent blog entries Black & Blue & Leaving Cape Town and For Coloured Girls In Malawi: And Then I Left Home

In a series of short videos Ashleigh speaks about Black & Blue to radio personality DJ Easy who also happens to collaborate with her on various other performing arts projects.
We at bruinou.com are certainly proud of Ashleigh and know that in the future she will soar to even greater heights.

0 0
Published in Entertainment News
More in this category: « The New Hip Hop Avenue TV Show Stuart’s BeSpoke is Taylor-made »
back to top