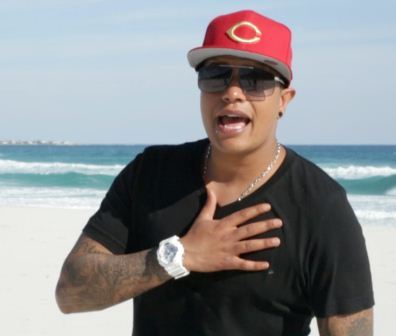 The cliché that musicians have to first make it here at home in SA before they can try to make it anywhere else in the world clearly didn't apply to Charl 'BabyBoy' Pilwan and now after all his international success including performing with artists like Usher and Nelly, the entertainer has finally come home to introduce his music to his fellow South Africans.

A few hours before his live appearance on SABC2's Hectic Nine9, BabyBoy and his SA representative, Roshan Philander, met up with bruinou.com for coffee which somehow turned into lunch and what was going to be a brisk interview turned into a lekker kuier session. With his open and easy-going personality I quickly tucked away my little notebook because it felt like I was talking to an old friend and actually, he happened to look quite familiar, but more about that later.

Growing up in Retreat on the South Peninsula with both his parents being musicians, Charl started playing the piano at the age of five and today he is adept at playing quite a few instruments. However as an entertainer he sees himself first and foremost as a vocalist and songwriter and after hearing his music and looking at his impressive résumé, I can say with certainty that by all measures he is an excellent singer and songwriter.
At the age of nine he started regularly singing with a band and had by then no doubt found his vocation. He had started taking formal music lessons and though it was frustrating to have to learn with baby steps when he could already play the piano so well, BabyBoy says that those formal lessons lay a good foundation for anyone who is serious about building a musical career. 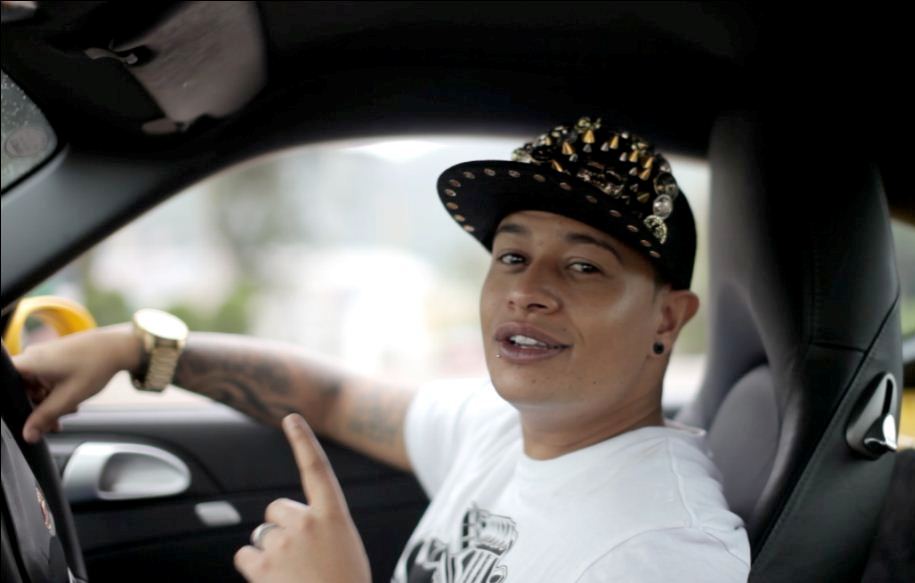 BabyBoy moved to England at the age of 14 to attend a school where he could specialise in studying drama and somehow, through a series of mishaps he ended up living on the streets of Surrey to the south of greater London.
He managed to remain focused on his dreams and what would otherwise be a low point in his life led to one of his biggest opportunities when he convinced a night-club owner to let him go up on stage. This brought the relief he needed and he could get off the streets.

Babyboy went on to do Music Business Studies as well as a course in Sound Engineering. He says that it is particularly important that entertainers make an effort to understand the business aspect of their careers as this would give them more control over their financial future and be a safeguard against unscrupulous promoters.

Babyboy revealed more of himself in our amazingly casual conversation and when we were talking about his local musical influences as a young boy singing in bands and about musicians we both might know, I happened to mention Alan Yon and there was a burst of pride on BabyBoy's face.
Alan Yon who we have mentioned in previous articles is an internationally known Cape Town based musician, music teacher, talent scout and promoter. He is cited by many young South African musicians who regularly perform at venues in Europe and Asia as the one who gave them their first break and helped hone their careers. That is when I recalled the young lad I saw performing with Alan Yon and two young girls at jazz venues I used to frequent.
It was Alan Yon who in 2003 set up BabyBoy's gigs in the Middle East at venues in Dubai and Bharain and this led to BabyBoy becoming a member of the boy band Shiok Crew which was one of the biggest outfits to tour Asia in 2005.

Charl moved on to perform at the Sands Casino in Macau with a band called Revolution doing Top 40 hits and that was where his career soared to heights that until then he had only dreamed of.
Being able to sing in ten different languages that include Arabic, Japanese and Spanish, Charl now works with the biggest music stars in Asia and he has become one of the biggest producers in the K-Pop music industry churning out hit after hit. 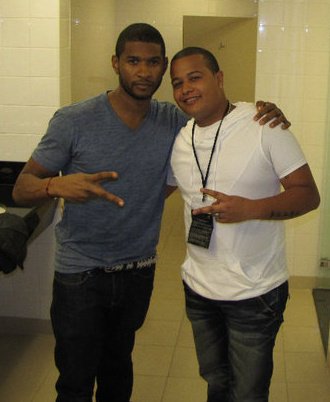 His residency at the Sands Casino led to him being asked to perform in Las Vegas, USA, alongside acts like Neyo, Chris Brown and Nelly with whom he co-wrote a Grammy-nominated song.
He has established his own record label and entertainment company called BabyBoy Entertainment and he is now not only responsible for unearthing and exposing some of the best young musicians in Asia but his company is also responsible for bringing the big-name international artists he works with in America to the casinos and hotels of Macau.

Meeting BabyBoy has once again brought the realisation that we are blessed with so much talent in South Africa and especially in Cape Town but that many of them have to leave our shores to earn a decent living.
Knowing that he has albums with the different international bands that were not released over here, I asked him a question to which I already knew the answer but I needed to hear him say it; Would he get this far in the music industry if he first tried to crack the South African market and why does he now have the urge to come home to a market that is so small compared to those he has conquered?
Charl is working on his very first solo album which is due for release in January and he says that though there are those other international albums this one is all about him and at the end of the day everything about him is South African.
He says we have so much talent in South African but the market is unable to sustain so many artists who want to make a decent living and especially not at the level he has become accustomed to.
Had he stayed to try and make it here first he would not have had the opportunities he had been blessed with. However this does not mean that everyone who goes out of the country to further their music careers will succeed. It was just that he happened to get the right opportunities at the right time.

"With all the success I have achieved overseas I have always had the desire to come home and share my music with my very own people."
"Though I've visited home a few times before to see family, I now want our people to get to know me as a musician. I want to hopefully inspire other young South Africans and especially young Capetonian musicians and I want to be able to do for their careers what was done for mine and what I now do for young musicians in Asia"
He seriously has his sights set on becoming a household name in his home country and to achieve what almost all South African musicians either openly or sometimes secretly hope for and that is to achieve the ultimate home-grown recognition of winning a SAMA. 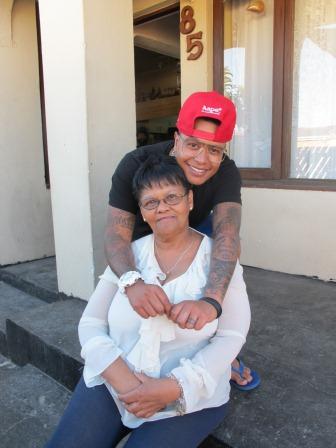 We had a bit of a laugh at the thought that getting into the SA market could certainly not be for the financial gains and then he went quiet for a few seconds…
I could see that in his heart BabyBoy really wishes that he and all our other overseas based musicians could build their careers living here and that he didn’t have to rush off to England the next day and then in a few weeks on to Macau again .
He won't stay away for too long though.

He has recently released his latest single in South Africa and it is a song he specially wrote for his mom "because all moms deserved to be thanked" he says. Voice of Reason expresses an appreciation for mothers which most of us can relate to.
The music video was partly shot in Cape Town and partly shot in Hong Kong.
He has two more singles which will be released over here in quick succession and with the release of his debut solo album we will have the pleasure of seeing him perform live as a headline artist in his own country.
You can follow @babyboyent on Twitter.

0 0
Published in Entertainment News
More in this category: « Kullid Celebration CD Launch The New Annual Ravensmead Festival »
back to top