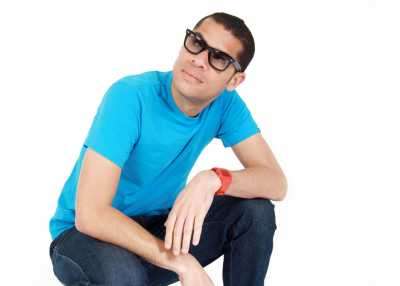 Some of the hottest comedians in South Africa will take the stage in the Coloured Comedy Festival on Friday 17 and Saturday 18 July. The festival seeks not only to showcase the best of current and emerging stand-up comic talent, but also explore the South African cultural narrative. Among the top acts featured are Dillan Oliphant, Richelieu B, Neil Green, Calvin Stoffel, Liam E and others.

The show boasts talents with unique styles and comic outlooks. A wide range of issues will be addressed on stage including Jacob Zuma’s inability to avoid controversy and Bafana Bafana’s inability to win. R120 at Computicket and Shoprite outlets.

‘Our country has enough material to last thousands of lifetimes. Our president is quite the comedian himself,” says stand-up comedian Dillan Oliphant as he explains where he finds inspiration for his material.

Tonight chatted to him about his upcoming performance at the Coloured Comedy Festival. The two-day fest engages in typical bruino tales from some of the most hilarious South African comedians and runs at Sibaya’s iZulu Theatre this weekend.

The show seeks to not only showcase the best of current and emerging stand-up comic talent, but also explore the unique South African cultural narrative.

Some of the other acts included on the bill are Richelieu B (pictured, far right), Neil Green, Calvin Stoffel and Liam E.

Explaining how he first caught the comedy bug, Oliphant says it began in 2010.

“I figured if Bafana can be funny, why can’t I? I won the Nando’s comedy competition in my first two months of comedy and ever since, I’ve been doing comedy professionally.

“But I was always the quiet and reserved kind. I loved jokes and laughing, but never saw it as a viable option. In fact, when I told my family and friends that I wanted to do comedy, everyone thought I was just joking.” As for his set at the Coloured Comedy fest, the jokester says he gets his inspiration from his daily life.

0 0
Published in Entertainment News
More in this category: « Burni Aman & The Sciences SA Tour Die Afrikaansvatters is geen kansvatters nie »
back to top