Neville D from the Cape Flats to the Grammy's 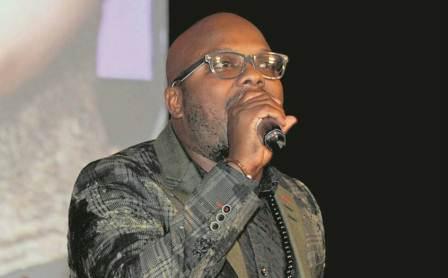 "The guy from Kalksteenfontein on the Cape Flats is now a Grammy Nominee" his friend and fellow Gospel musician Jonathan Rubain announced via Facebook.
There is excitement not only in the South African Gospel Music fraternity but the South African music industry as a whole. After winning the award for Traditional Gospel Song of the Year in the international Christian music industry’s most prestigious annual awards, the GMA Dove Awards, in October 2015, South African gospel singer Neville D has now also bagged a nomination for 'How Awesome Is Our God [Live]' featuring Yolanda Adams, Neville Diedericks, Israel Houghton and Meleasa Houghton in the category Best Gospel Performance/Song in the 58th Grammy Awards 2016.

Born in Cape Town, South Africa. Neville D whose real name is Neville Diedericks, started playing guitar from the age of 12.
As a musician, speaker, worship leader, songwriter and producer Neville D has developed into a seasoned entertainer and his talent came under the spotlight with the release of his debut album, Calling My Name in 1999, which was followed by Until the Whole World Knows, The Back to Church Project and The Gospel according to Cape Town (compilation album).
As a songwriter, he has written with and for great artists such as Judith Sephuma (A Call) and Israel Houghton (Identity). He has shared stages with artists and musicians such as Keith Sweat, Deborah Cox, Joe, Ernie Smith, Musa Manzini, Rebecca Malope, The Cape Town Symphony Orchestra and Allou April.
His latest album due for release soon following the first Beauty of Difference project is called Beauty of Difference Season 2.

Jonathan Rubain recalled how the two of them were chilling at Jonathan's house when Israel Houghton called with the news of the of the Grammy nomination, Isreal said to Neville "I hope you are sitting down". Neville said "Yes I am." Then Israel gave him the news: "Bro we just got nominated for a Grammy!".
"We screamed so loud, jumped up and down, that he accidently ended the call. Neville then video calls him back and they talk about going to the Grammys in February. Israel and I also had a bit of a chat and talked about how amazing this is for the both of them."
"God is so good guys! I am celebrating with my brother. We are getting there guys. Just keep on supporting all of us. The guy from Kalksteenfontein on the Cape Flats is now a Grammy Nominee."

Jonathan Rubain is overjoyed and super proud of the success of his friend and colleague and we at bruinou.com are also really proud of Neville D's achiements. Hopefully Neville D's story will serve as inspiration not only for musicians and entertainers but for anyone who has big dreams, to persue those dreams diligently, to put in all the hard work and to have faith that you can achieve anything.
Congratulations on your nomination Neville D. We at bruinou.com will all be rooting for you to bring home the Grammy.

More in this category: « BruinouTV - Bix-C Interview Ricardo, singer of Father's Day anthem 'I Love You Daddy' dies »
back to top