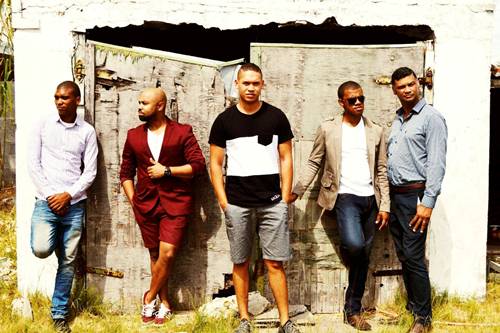 For many lovers of local Jazz music, these artists have individually become household names. They started off around three years ago as a four man band backing up some of the top South African and International Artists during their concerts here and abroad.
TopDog SA now has a fifth member for quite some time already and today 31 March 2016 marks the release of their debut album Griqua DNA wich includes features by Jonathan Butler and Marrion Meadows.
The Griqua DNA album which band member Don Vino has described as a fusion of jazz as people know it and Khoisan folk music, is also just in time to coincide with their performace at the Cape Town International Jazz Festival.


Below  is a short extract from an article by Louisa Steyl published in Tygerburger followed by a video of a TopDog SA Live Performance.

While they are all well-known Cape Town musicians in their own right, the members of TopDog SA are gearing up to play their first festival in front of their home crowd at the Cape Town International Jazz Festival this week.
The band – made up of Don Vino (saxophones), Camillo Lombard (keyboards), Charlton Daniels (bass), Mornay Hofmeester (drums) and Mark Williams (guitars) – hail from Kuils River, Parow, Brackenfell and Belhar.

The musicians were on tour with Tevin Campbell and preparing for a show at Johannesburg’s Carnival City when Camillo came up with the idea to start a band.

“We were individuals at the time; we used to work together a lot, but we weren’t a unit,” Camillo explains. He was also the one that came up with the name TopDog, even though Charlton wasn’t too impressed with it.
“I thought it would sound arrogant,” but once they started getting bookings he says the name grew on him.
With their combined musical CVs, TopDog SA have every right to be a little arrogant.

Between working as the principal of the Cape Music Institute, Camillo is a sought after accompanist for legends like Jimmy Dludlu while Don Vino rates his work on Kirk Whalum’s Gospel according to Jazz Chapter 4 album as one of the highlights of his career.
Drumming lecturer by day, Mornay has similarly worked with big local and international names ranging from Judith Sephuma to Chevelle Franklin. With more than 16 international tours under his belt, Mark’s skill has seen him play in 14 different countries while Charlton was even chosen as a mentor alongside names like Frank Paco for last year’s Artscape Youth Jazz Festival.

Like the TopDog SA Facebook Page to get information on their upcoming shows and to find out how you can buy their album.

WATCH this Video of a TopDog Live Performance we have stumbled upon.

More in this category: « Red Bull BC One SA Finals at CT Stadium Comedian Charles Ash has Returned to The Stage »
back to top