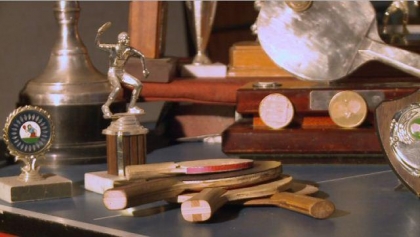 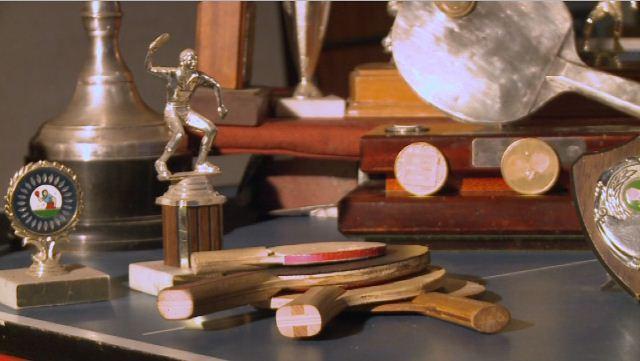 Mr Table Tennis is the inter-generational story of Pedro and Cody Meyer. Their story of big dreams unfolds against an ambiguous socio-economic climate. South Africa supposedly offers the world to its Born Frees, but these opportunities also seem to grow ever further beyond reach.

Bruinou.com spoke to Tina-Louise about her film opening at the Encounters South African Film Festival on Sunday 5 June 2016.

Smith first met Pedro Meyer when she was working on a video for the Fields of Play exhibition with the District Six Museum around the Green Point Common and the communities that used to use the Common.
"Although the project was around soccer, when I met Mr Meyer, all he wanted to talk about was table tennis. He showed us his trophies and spoke about his achievements."
"I wondered why, if this man had been such a brilliant player, I hadn’t heard about him. I started asking some of my family members, who played table tennis, if they knew about him and they did!"
"They confirmed that he was an outstanding top player."

Tall, athletic and 79 years old; Pedro Meyer grew up in the Bo-Kaap in inner city Cape Town. He discovered table tennis when he was nine and when he was 12 set himself the goal to become table tennis champion. In 1964, under the Apartheid Group Areas Act, his family was forced to move 25 kilometres outside of the city to a suburb called Pinati Estate that was reserved for people deemed to be Coloured. At the back of his new house Pedro and his brother-in-law built a double garage to house the Stephanian Table Tennis Club. These walls have been the club home ever since.

“I started to do more research in 2012, including speaking to Mr Hasie Ismail."
Hasie Ismail is a veteran sportsman and well known table tennis player who is the official Tournament Coordinator of Western Province Table Tennis.”
“He really gave me a comprehensive understanding of the political context of the time and how table tennis fitted into that.”
Mr Ismail provides this context in the film, too.
“I started filming with Mr Meyer and a few of his contemporaries to get their insights on the players of the time.”
“With Mr Meyer I filmed a lot of observational footage of him painting, the hobby that takes up a lot of his time since he retired from work and from table tennis.”
You can watch the official trailer further below.

In his prime Pedro was the South African champion a total of five times! Along with the majority of his peers under Apartheid Pedro was not allowed to represent his country internationally. Nonetheless, his peers acknowledge that he is probably the greatest table tennis player South Africa has ever seen.
Today Pedro is retired, but still coaches Stephanian teenagers in his double garage in the afternoons after school. Table tennis is in his blood and the mastering of techniques runs in the Meyer family.
Pedro dreams that Cody, one of the youngest of South Africa’s top 16 players, will carry the Meyer torch on the world stage. Quietly confident, Cody has grown up in the democratic South Africa with access to the opportunities his grandfather and parents did not have.
Professional table tennis does not exist in South Africa, so were he to compete internationally, Cody would be a pauper at home.

For Cody the respect that the family name garners in table tennis is important and he would like to preserve this for his family. At the same time, the world of nightclubs with its fast beats and financial appreciation of his DJ skills is highly attractive.
Will Cody follow the path of least resistance and disappoint his grandfather, or will he triumph at table tennis internationally AND earn a living as a DJ? Will he help secure the Meyer family name in the international annals of table tennis?

Founded in 2010 by Tina-Louise Smith, ACCIDENTAL FILMS AND TV sprang firmly into action in 2015 and produced the documentary Mr Table Tennis, the 3-part feminist TV series Engender, and co-ordinated the revolutionary Business Model Canvas Bootcamp workshops at the 2015 Durban FilmMart.

Smith explains what compells her to tell these kind of stories.
"I think what motivated me to tell this story was that it was a story that my parents’ generation was familiar with and recalled animatedly, but it was distant from my generation’s awareness."
"I wanted to make sure that the efforts and stories of communities close to me are not left out of the greater South African story. Organised sport that resisted apartheid was an important tool during the liberation struggle."
"Kurt Orderson’s film, Breathe Again, also refers to this. There are many exciting sport stories that contributed to who we are today and that will provide us with a deeper understanding of whom we are and where we come from. I know that’s such a cliché, but it is true. I wish we had the resources to tell all these stories."

We asked Tina-Louise about how the film will be distributed as many such important documentary films directly relating to our communities are seldom seen by our communities.
"Although I started filming on my own without any funding, Mr Table Tennis was eventually commissioned by the SABC in 2014."
"They gave me their standard 48 minute documentary budget, which I used for the team that helped research and film the bulk of what then became the film. The distribution is ultimately in the hands of the SABC, who gave us permission to screen the film at Encounters, even though it is yet to be broadcast."

"I don’t have a confirmed SABC s broadcast date yet, but I can let you know when I do. The SABC broadcast means that many more South Africans will get to see the film and learn more about the fascinating dynamics of sport and politics under apartheid."
"Once the film has been screened on the SABC, I will also organise more local screenings."

In the meantime, you have the opportunity to go and see the film at Encounters and we at Bruinou.com will stay in touch with ACCIDENTAL FILMS AND TV to bring you any news of future screenings and broadcasting that will be more accessible to the general public. 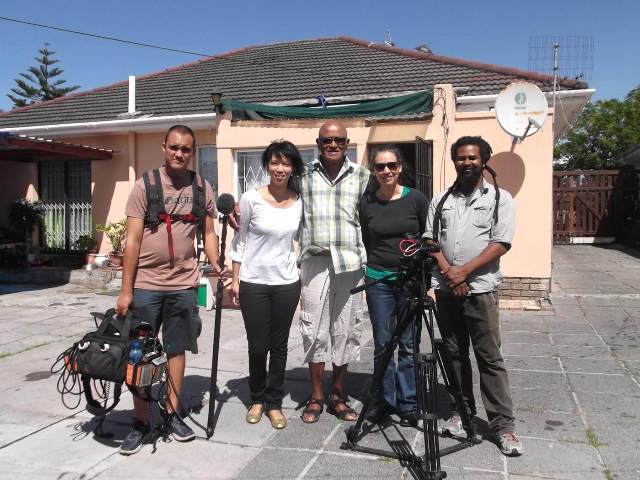 More in this category: « Hakkiesdraad Hartman is Die Riel Makhoi The Journey of EJ von Lyrik »
back to top