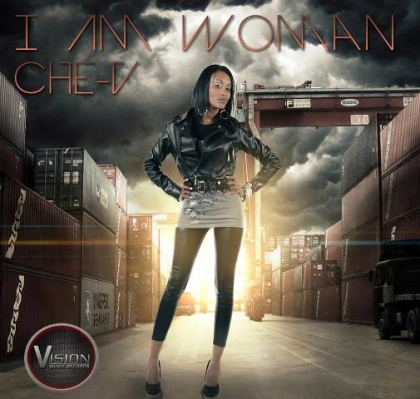 On some days Rozzano and I have to sift through a ton of new music across a range of genres so it is very seldom that we both agree to leave something on repeat, repeat and more repeat while we both start scouring over the info and and try to find more music from that same artist.
That's what happened when we listened to Che-V's music for the first time and we both agree that she has all the right qualities to take the SA entertainment scene and the world by storm.

Che-V developed a love for music in primary school which was when she also fell in love with poetry.
At high school she used to rap along to songs for fun and she says: "My good friend Taren Petersen always made me rap to songs for people at parties because she thought I was good, but I did it purely for fun".

She actively pursued a career in modelling which went quite well and she also started working as a voice-over artist.
Her career as a rap artist however started by pure chance when she was asked to do a voice-over and went to the studio to record it.
"A song started playing in the background and I started rapping without realising that the microphone was on."
"They played back the recording and they all raved about how good I was and I was like “Really?”, and that is when I decided to give it a try."

The strength of her lyrical content and delivery ranging from the serious theme of "I Am Woman" - you can watch the video further below - to the braggadocios "Blow my Horn" to the motivational tone of her feature on 'Partly Cloudy" by Sundae shows that she is not to be considered a flash-in-the-pan type of entertainer simply riding a wave. She plans to continue making waves. 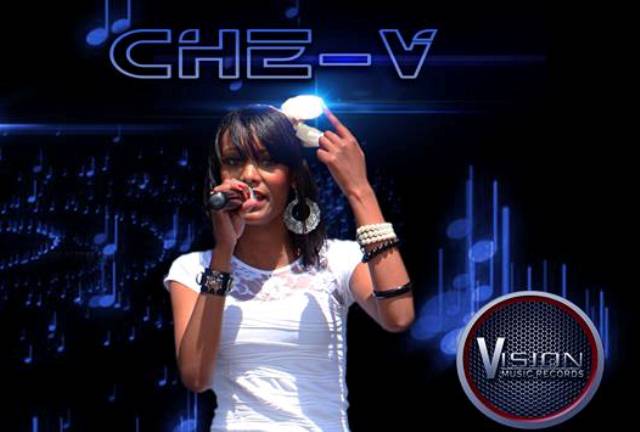 Atlantis based Vision Music Records under CEO Laurenzo Davids is becoming known for the high standards it sets for its artists and the quality of music it produces, so we asked Che-V how it unfolded that she ended up in the VMR stable.
"I booked a meeting with the CEO, Laurenzo Davids, came in and explained why I needed to be at VMR and gave him a demo. He told me that he would listen to it and would let me know."
"A week later he called me in to come write a verse on a song and then also told me that my application has been successful."

Che-V was born Chervon Pypers and raised in Atlantis by her single mom.
Growing up without a father, as she explains in a video interview around the making of "I am Woman", influenced her in a way that motivated her to chase her dreams even harder.

Her drive to succeed in her music industry career is such that she no longer takes on any modelling assignments.
"At the moment music and song-writing has 100% of my attention. I also enjoy doing the business side of my music and in future I would want to become an entrepreneur not just in the music business but also in other types of business that involves my brand."

I have to admit that we were scratching our heads a little when we heard who she counts as artists who influenced her rap career and she replied that the first rap song she really liked was by Lil Wayne and that she likes Nicki Minaj as she thinks her position in Hip Hop is admirable.
We can gladly say that she sounds nothing like either of them and she is clearly working on creating her own trademark sound and style.

She also lists Eminem for being an amazing lyricist and MC Lyte who she says was and still is one of the best.
She also went on to mention: "Lauryn Hill – talk about inspirational, AKA – he has established himself in South African Hip Hop and YoungstaCPT – his abilities are endless as he always proves."

Che-V has a string of notable live performances under her belt and some of them go back a while already.
Among others she performed at the 2013 DSTV Mitchells Plain Festival and alongside The Rockets at CoCT The Nelson Mandela Memorial Festival. She shared the stage with more great artists in 2014 and 2015 she won an award at the Suidoosterfees in the rap category.
In 2015 she also appeared twice on the Hectic Nine 9 teen television program for an interview and a performance.
This year, 2016, Che-V has performed alongside Jimmy Nevis, Chad Saaiman and Vicky Sampson at the One City Many Cultures Festival as well as alongside Ivan Sigelaar, Dizu Plaaitjies, Brandon October and Corlea Botha at the Freedom Day Kunstreffers; Konsert Van Hoop at Artscape Theatre.
Though we haven't attended any of her live performances yet, we managed to see some video footage of one of her live performances and the lady knows how to work a crowd. Che-V has recorded a number of singles and features since her first feature in 2012 which was on a track called 'Falling For You'.
In 2013 she recorded her anthem-like 'I Am Woman', 'Love Meets War' and featured on the Tashna B song 'My Night'.
In 2014 she featured on a track by Sundae called Partly Cloudy and in 2015 she recorded her singles 'Blow My Horn' - a favourite here at Bruinou.com HQ - and the romantically-toned 'Hold You Down' featuring vocals by Monique English.
In 2015 she also featured on Tashna B's single 'No More Running' and completed the music video for 'I Am Woman'.
So far in 2016 she has released a Gospel single 'God Is' in February and we are really looking forward to whatever it is she will be releasing next.

We know that no matter how much an artist loves what they do, they at some point need to take a break and recharge their batteries so as a parting shot we asked Che-V what she does when she has some time off from her busy schedule.
"When I do have time off I make sure that I get as much rest as possible ...and I do my nails.
"I also attend functions where I know live shows will be held."

How can we not love an artist that goes out to support other artists in her spare time?


LISTEN: Blow My Horn - Soundcloud Audio
Click on the link above if the Soundcloud player is not already open in your browser.

You can also check her out on iTunes as well as on her Reverbnation and Soundcloud pages.

More in this category: « Dillan Oliphant & Jason Goliath amongst Top Comedy Stars on Showmax US Soapie's Days are Numbered for Generations to Come ...and gets Funny Reactions »