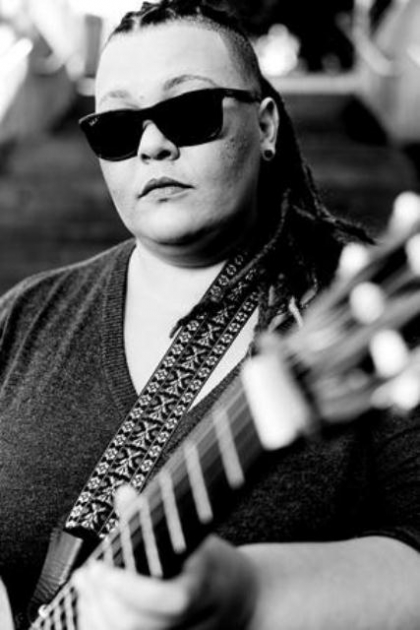 To honour a decade long career during a month of celebrating women, It's Been a While represents her struggle as an unconventional artist and woman who continues to defy the standard perception of what a pop artist should look and sound like and it is her dues paid, by any measure, that she may have been gone for a short time, but that she is here to stay. And finally, it is in gratitude to her fans who have supported her music amongst the ton of other great music out there, that Claire Phillips stages this intimate event.

As a young, gay, Coloured female and self-taught musician from Belhar, Claire’s entrance onto the music scene during 2006 was paved with challenges that did very little to deter her ambition to be recognized as one of the country’s top R’nB Soul musicians.

She quickly made a name for herself on the independent live music circuit with the unique trio, Incense and Stereo, until she was offered an opportunity to relocate to Johannesburg to record her debut solo album. Say My Name went on to become one of the most requested songs on national radio and the album earned her a SAMA, representing the professional acknowledgement she had hoped to attain.

Her second album was also well received; voted as CD of the week on a leading media platform during the first week of its release. Claire is in the process of completing her third album, some of which can be heard at this show, including the lead single, Holding On, currently enjoying local airplay, featuring one of Cape Town’s most popular hip hop artists’, Youngsta. 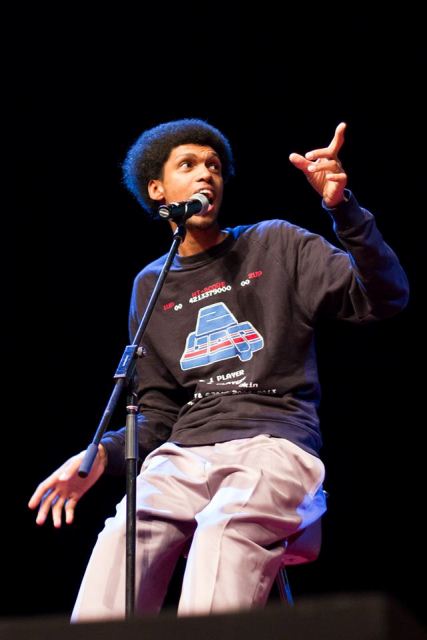 She has appeared at premier SA events: Kirstenbosch Gardens Summer Sunset Concerts, The Grand Arena at GrandWest Casino, Jazz on the Rocks, KKNK Music Festival and more recently at The Cape Town International Jazz Festival where she had the opportunity to privately perform for her idol, American Soul star, Jill Scott and Jazz maestro, Robert Glasper; who both praised her ability to mesmerize audiences with her voice.

Jitsvinger aka Quintin Goliath who have mentioned in past Bruinou.com articles has not merely amassed a sizeable following among the Hip Hop fraternity as a rapper but he is a multi-disciplined artist and entertainer, who has gained a wide cross-section of fans as a conceptual writer, composer, educator, musician and performing artist not only in South Africa but also in Switzerland and other parts of Europe where he has toured before.

As a solo artist, Jitsvinger’s sharp delivery has enchanted countless audiences whilst performing on renowned stages with artistic legends such as Antjie Krog, David Kramer and Burni Aman at the Versindaba, Spier Poetry Exchange, Poetry Africa Festival, as well as featuring in the headline collaboration with Pops Mohamed at Speak the Mind Poetry Festival in 2008.

No stranger to the theatre stage, considering his role in the Hip Hop Theatrical production Afrikaaps, we have not had any luck in getting him to tell us exactly what he will be bringing to the stage but we are looking forward to see what kind of magic Claire Phillips and Jitsvinger can create between the two of them.

With Jitsvinger as host, It’s Been A While features Claire Phillips on vocals and guitar, The New Apostolic String Quartet, Yvan Potts of the band Black Current on keys, Andre Hope on bass and Brian De Goede playing the cajon.

The Garden Court Theatre has since its establishement in the 1970's and trading under different names over the past few decades, upholds a tradition of hosting independent artists who break new ground with avant garde experimental and revolutionary productions.

The show starts at 6pm on the 6th and 7th August at The Garden Court Theatre. Tickets are on sale at www.computicket.com and cost R180 per person. Safe and Secure parking available at the Garden Court Hotel.

More in this category: « And The Beat Goes On Noem My Skollie - The Movie & The Newly Released Title Track by Hemelbesem »
back to top