They so easily say Get Over It 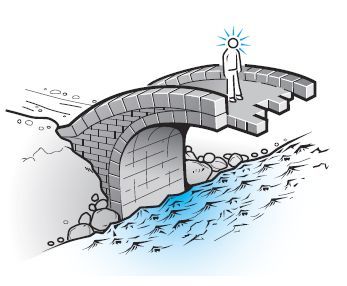 "Get Over It." Even I use those words when it comes to those little everyday hassles like wasting your time in a queue, or having to pay R1 more than you've expected for something because you're not buying it at your regular store.
When my dog died in the fire that destroyed my house, I eventually got over it and that last relationship of mine that didn't work out... yeah I got over that too.

"Get Over It" can also be one of the most hurtful phrases one could hear.
For many people in South Africa, Apartheid is one of those things that hurts even more every time someone says Get Over It.
I would think that after more than 300 years of oppression and seeing that it will still take a long time to eradicate the effects of Apartheid, today might just be a tad bit too soon to ask people to simply forget and get over it.

I was not planning to write anything about or specifically for Youth Day but I've just read an article about how four people, who were not directly caught up in the actual happenings on the day of 16 June 1976, were influenced by it. They were all teens at the time and they tell of how they dealt with the news of the uprising, the police brutality, and how it influenced them.

The article evoked my own memories from as early as being a four year old who in the months following June 16 1976, could not clearly understand why the police in Elsies River were shooting school children, or why I heard stories of how my older cousins were throwing stones at bread trucks and buses. I could not understand why I wasn't allowed to play outside and I remember there was a day that almost all the kids, except me, had free Cokes 'liberated' by the rioting students.

During the 1979/80 wave of uprisings I could start to better understand the conversations of the adults and in 1985/86 I was also one of those who had to run and hide from police.
As a young teen only just getting to high school I was already politically aware due to reading any material I could get my hands on, courtesy of smuggled books & banned foreign newspapers and any little piece of pamphlets or booklets given and explained to me by the University students boarding with us at my parents' house.
Though I don't have any serious 'battle scars', being shot at with live ammunition on more than a few occasions could leave one somewhat rattled and I guess that counts as one of my mental scars.

The IOL article, Remembering That Fateful Period, sums up the experiences of four South Africans who in their youth may not have been in the forefront of the various student uprisings from '76 through to '89, but who have indeed lived through it and that day, June 16, 1976 is forever etched in their memories.
These people are all in their 50's now and it is interesting when one looks at the different ways they experienced 1976 that though they were not in Soweto they also do not want anyone to forget. In fact they want the youth of today to stop taking their "freedom" for granted.
It is however the comments section that triggered this article.

I find it quite appalling that not only so many White South Africans but people from all the various population groups, including Blacks & Coloureds, can casually or worse, very seriously say "Get Over It" when people discuss the brutality of the Apartheid regime.
How can anyone tell the families of those others, besides Hector Pieterson, that they should get over it?
How do I allow myself to forget the 16 year old Mervyn Jacobs killed when he was shot in the back by police in Elsies River on 8 September 1976 or the four others killed on the same and very following day?
That was just in my hometown ElsiesRiver.
There is a long list of young (and older) people all over the country killed by police in 1976.

There were more, many more, youths killed after 1976 and their memories are constantly desecrated when we are told to 'get over it'.
How are the families of Gugulethu Seven, the families of  The Trojan Horse Incident victims, the families of Robert Waterwitch & Coline Williams, Anton Fransch, Ashley Kriel and so many others either killed or forever scarred supposed to just forget and get over it.

How do we expect the legacy of people who have been tortured, detained without trial or banished to prison or exile to just be ignored by society when they have indeed made such heavy sacrifices on our behalf?
We should all forgive yes, but to "get over it" is to dishonour their legacy.

I do understand that the "new" South Africa is not everybody's ideal utopia that was fought for, or that there are whites who still long back to the days of Apartheid and that 20 years later many of us are no better off than we were before the end of Apartheid.
I shall however venture to say that the reason we are not better off is because we were expected to not only forgive but also to forget and so in a bid to have a peaceful transition, many compromises were made to the point that the only thing we have achieved is the right to make a little cross on a ballot paper but since 1994 The Freedom Charter was all but torn up and discarded.

I made the 'mistake' of rebutting a comment someone made to the article I have mentioned. The person basically said that he is tired of articles about apartheid and that "Russia got over Communism, Germany got over World war II, America got over Korea and Vietnam, everyone gets over their mistakes, We just seem to be stagnated in sh-t" (sic).
I pointed out that in all those cases he was talking about, it was the aggressors who 'got over it' but their victims still feel it.

He did not reply after that but others have jumped to his defence. One of the users went as far as saying amongst other things "If the savages were not so racist and hell bent on killing whites we would never have had apartheid".
I retorted with something sarcastic about how he was obviously smarter than I and that his statement trumped anything I could say. I then stopped commenting because I really do not know how to deal with racists in a way that will not end up with me wanting to hunt them down.

Now this little rant of mine about those cyber-racists is not just me sharing my feelings but I am hoping to make people see that though apartheid is no longer legislated, the effects thereof will still take a long time to eradicate.
Our current government is not dealing very well with the economic effects, in fact they are entrenching the economic effects of Apartheid instead of eradicating it. Actually, the keys to eradicating economic inequality were thrown away at CODESA even before the 1994 elections happened.

There are also the psychological effects which keeps the majority mentally, socially & economically enslaved and a growing number of Whites believing that the rest of South Africa owe Whites some sort of appreciation for ending apartheid and in return we should treat them as our liberators instead. This all while an elite few remain or have through dodgy BEE deals become excessively wealthy and the majority have become much poorer.

The four people who shared their experience in the article hinted that the youth of today are not realising their potential and I want to not only echo that but suggest that we all work together to find ways for youth to once again become activists in their community.
I'm not advocating that they start marching and protesting for every nilly-willy little thing but that they become activists involved in projects that will in one way or other help reverse the effects of Apartheid.
Those ways are manifold and honestly, I don't know exactly where we all need to begin, but we are a resourceful people and even if it means just starting by organising activities for youth in your own area to get them interested in building their own futures, we would have made a start and maybe, just maybe, some day we will all 'Get Over It'.

Published in In the news
More in this category: « Peter Marais on Shades of Brown New Cape Town Mayco is Nothing New »