Peter Marais on Shades of Brown 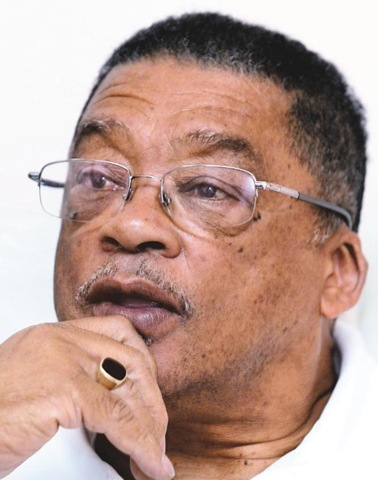 Cape Town - “Brown Consciousness” is sweeping through the Western Cape and Gauteng with coloured leaders focusing on promoting unity and inner pride.

Flamboyant Cape politician Peter Marais, who has been at the forefront of pushing the coloured agenda, recently started a movement called the Brown Conscious Bond, which is setting up branches in both provinces.

Marais says the Brown Conscious Bond is an offshoot of the Bruin Bemagtigings Beweging (Brown Empowerment Movement) of which he is deputy president.

“I am president of the Brown Conscious Bond, which has political objectives; the brown empowerment movement has socio-economic objectives,” Marais said.

Marais said the movement included whites and blacks and did not exclude ethnic groups.
“It includes rather than excludes everyone who sees themselves as part of the bigger human race and not ethnic minorities. We all are ultimately related by design.”

“We believe white is in fact light brown and black is merely darker brown,” Marais said.
“The Khoi and the San were the First Nations in Africa and need to be affirmed above everyone else.”

Brown consciousness rejected the notion of a superior or inferior race or culture and considered all races and cultures to be of equal value.
“The value and importance of certain cultures among poor communities… should be considered as equal to cultures observed and practised in more affluent societies if it reflects the will of the people.”

He said the rejection of a practice or culture by one cultural community did not diminish its value or its importance to those practising it.
“It should therefore be respected that the brown man should not walk in the shadow of either white or black but assert and prepare him to reclaim his land in South Africa as its First Nation.”

While the pursuit of a “super unified coloured” party had long been on the cards across the province, various leaders had never been able to see eye to eye on such a formation.
And, with the performance of smaller political parties in previous elections hardly making a dent in the support for bigger and more established parties, those who had tried to unite civil, political and social movements had had little luck.

Marais said he never supported the formation of a super coloured party but fought for unity among the different factions in the coloured community so as to become a political force in the Western and Northern Cape provinces.

Among the smaller parties that have survived local politics is the Independent Civic Organisation of South Africa, which performed poorly in its first national and provincial elections in May.

President Jeffrey Donson said while he was part of talks about a super coloured party, it had never worked because there was always a fight about leadership.

“It’s all about power and who will have that power. In the end the plight of the people is forgotten again,” Donson said.

DA leader Helen Zille said her party was once small but became the official opposition in 1999.
“So of course there is room for a well-run party to grow and win an increasing share of the vote. The DA is the only party that has grown in every national election since 1994.”

Zille said in her view there was no viable space for ethnic parties.
“Our challenge is to build a nation where everyone can choose their own identity and live it and choose a political party on principles, policies and values, rather than racial nationalism,” she said.

This email address is being protected from spambots. You need JavaScript enabled to view it.

0 0
Published in In the news
More in this category: « Govt Neglected Coloured Townships They so easily say Get Over It »
back to top