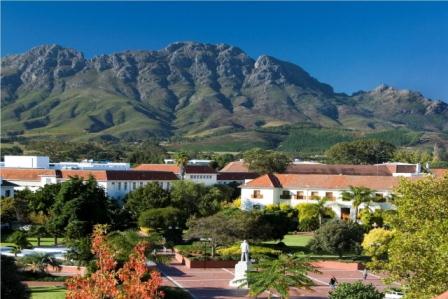 Seventy-five years after Stellenbosch University students ran rampant through a coloured area, causing wide-scale damage to property, the community says not enough has been done to highlight the event and get historical justice for those affected.
Stellenbosch University on Monday commemorated the 75th anniversary of a day called the “Battle of Andringa Street”.
Attended by the coloured community and students, the event is an initiative by students now living in the same residences as the students who went on the rampage.

On July 27, 1940, students from the Protea and Dagbreek residences invaded an area known as Die Vlakte and badly damaged properties of coloured residents.
In 1964, Die Vlakte was declared a white area under the Group Areas Act of 1950 and 3 700 coloured residents, six schools, four churches, a mosque and 10 business enterprises were affected by the forced removals that followed.

Historian Albert Grundlingh said on that evening a number of Stellenbosch students became embroiled in a fight with coloured residents near the corner of Andringa and Plein streets.
“Coloured and white residents had crowded together in front of a café (Senitzky’s) to buy the late edition of the Cape Argus. Mutual accusations of queue-jumping and misbehaviour resulted in some people coming to blows,” he said.
Stone-throwing ensued but ceased briefly before the windows of a private student residence, called Protea, were broken by the coloured residents, who blamed these students for the fight.

“Students from Protea then turned to friends in the Dagbreek men’s residence for help, and about 100 answered the call,” Grundlingh said.
Students went on a rampage in the town’s coloured area, indiscriminately assaulting coloured families.
Only a police force with reinforcements from Cape Town, Paarl and Kuils River could quell the violence.

By noon the next day there was another clash after a house was pelted with stones and a large crowd gathered in Andringa Street.
Grundlingh said the students attacked the coloured crowd and stormed into the houses of people who had nothing to do with the clashes.
The destruction ended when police reinforcements arrived and Stellenbosch rector, Professor RW Wilcocks, intervened.

0 0
Published in In the news
More in this category: « Land returned to Lotus River family 50 years later Size Does Matter »
back to top