The Kalahari Desert Festival - Celebrating the Culture of the !Khomani San Featured 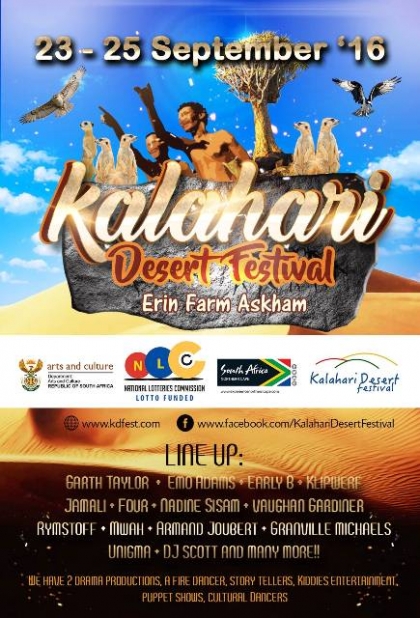 Located a mere 240km from the commercial hub of Upington, Witdraai is the !Khomani San community settlement where their traditional way of life is still preserved.
The festival programme promises entertainment for young and old with traditional folklore, contemporary dance, cultural music and drama depicting the people of the Kalahari on the various stages. South Africa’s leading artists can also be enjoyed and include the iconic Granville, Klipwerf -, Hantam Unplugged, Jamali, Rymstof, DJ Scott and Vaughn Gardiner.

We at Bruinou.com are quite excited that the festival will also have some important book launches on the programme.
Ouma Geelmeid ke kx’u ǁxaǁxa Nǀuu - Ouma Geelmeid gee Nǀuu - Ouma Geelmeid teaches Nǀuu by Katrina Esau aka Ouma Geelmeid is not only a practical introduction to Nǀuu as it is taught by Ouma Geelmeid to the children in her classes, but it is filled with stunningly beautiful photographs of objects, activities, animals and of course people in the community doing those activities or interacting with each other as they relate directly to the words, terms, and phrases being taught.

Nǀuu could be considered one of the most endangered languages on the African continent; in fact, it was thought to be extinct for several decades. Then in the late 1990s, some 20 elderly speakers, scattered throughout the Northern Cape province of South Africa, revealed their competence in this language.
Today, three sisters, all residing in the vicinity of Upington, are the last fluent speakers of Nǀuu. Hanna Koper is the oldest among them, followed by Griet Seekoei, and Katrina Esau, also known as “Ouma Geelmeid”, is the youngest.

Dominee Mario another of the elders in the San community will also be launching a new book. Though the details of his book are unclear to us, we can confidently say that this Reverend of the Dutch Reformed church has been cited many times in academic papers dating back as far as the 1990's.

One of the biggest drawcards to festival for is however be the fact that you can have so much fun while you are being educated about the San by the people of the San community themselves.

The special children’s entertainment program promises hours of fun with jumping castles, water slide and dunes boarding.  Other activities on offer include donkey cart rides, hikes and walks excursions and bow and arrow competitions with the !Khomani San nature guides.

Visitors to the festival have an extraordinary opportunity to experience true Kalahari hospitality and enjoy local cuisine at the food stalls serving home-baked favourites like roosterkoek, potbrood and other slow foods of the Kalahari.

Another one of the activities you can opt to do at the Festival is the Living Museum Experience where you are taken to an authentic San hut, and shown how the San make fire and hunt and where the guide talks you through the ways of the San people, their history and culture.

While in this region of the province, you can also explore the Kalahari Red Dune Route which extends north of Upington to the Namibian border. This self-drive route is a fascinating gateway into the Kgalagadi Transfronteir Park and the friendly locals are always ready to welcome visitors with their hearty hospitality. 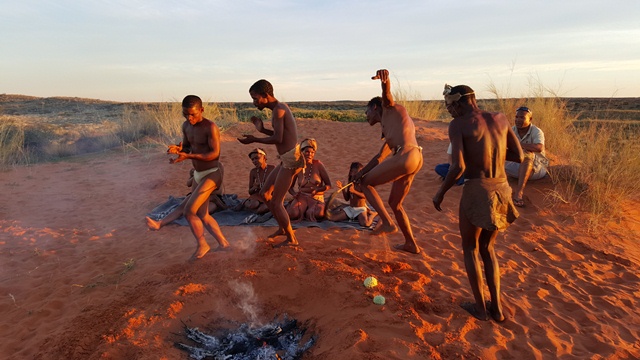 The serenity of these vast vistas encourages visitors to savour the simple, timeless pleasures of the Kalahari such as nature hikes, traditional home-cooked meals, picnics on top of sand dunes, dune boarding and campfire stories underneath the star-studded heavens.

We at bruinou.com are stuck trying to decide between whether this will be more of a get-away with great entertainment or whether we should see it as more of a pilgrimage of sorts.
Your trip to the Kalahari Desert Festival will definitely have ample elements of both and we hope to see you there.

For more information on events in the Northern Cape, visit www.experiencenortherncape.com.

More in this category: « Music Exchange - #MEX16 is The Definitive Conference on Our Entertainment Economy The Social Eclectic Groove & Bruinou.com Ticket Give-away »
back to top