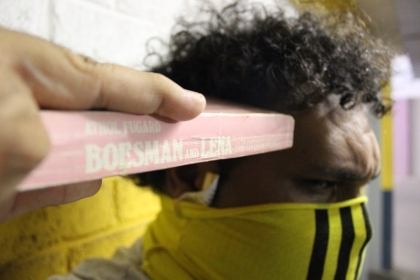 Coloured men are usually depicted as violent, volatile and criminal. This type of media representations has had a cumulative effect on the community, which experiences a massively disproportionate incarceration rate in South Africa.

"Thug" is aligned to the global #ChangeTheNarrative campaign which challenges representation of marginal groups in the media.

"Thug" is a series of images I shot in Johannesburg with photographer Matla Seetelo, this year's Nestling's Awards Graphic Designer of the Year. 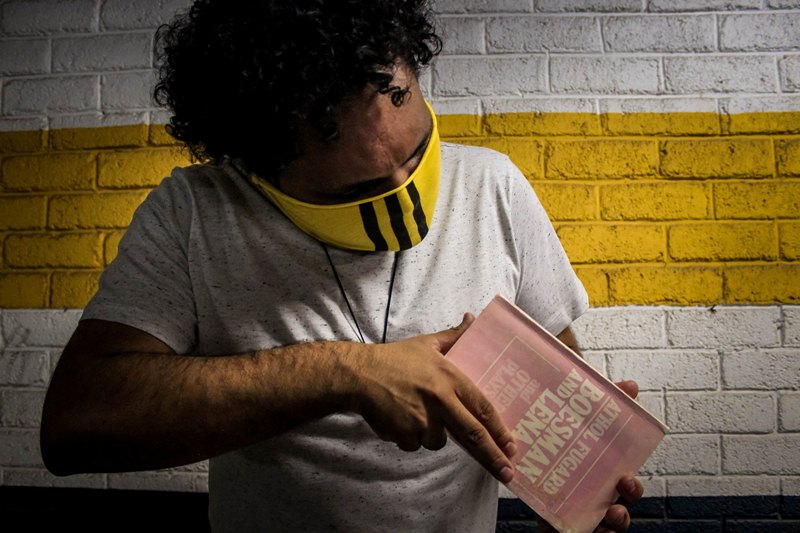 With Heritage Month having just ended, "Thug" supports a media campaign I am running in my personal capacity to challenge media representation of South Africa's Coloured community . 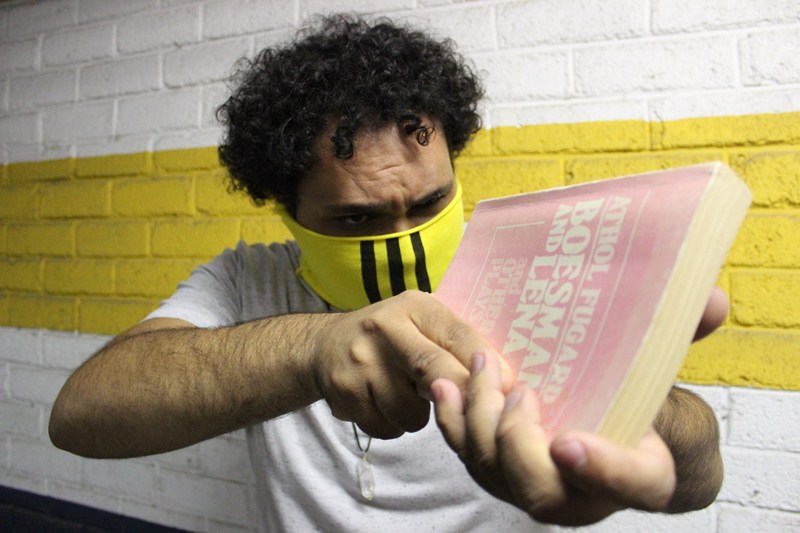 The title, “Thug”, borrows late iconic rapper Tupac Shakur’s redefinition of the term which best describes the community’s general sentiment post-democracy:
“Someone who is going through struggles, has gone through struggles, and continues tolive day by day with nothing for them.” 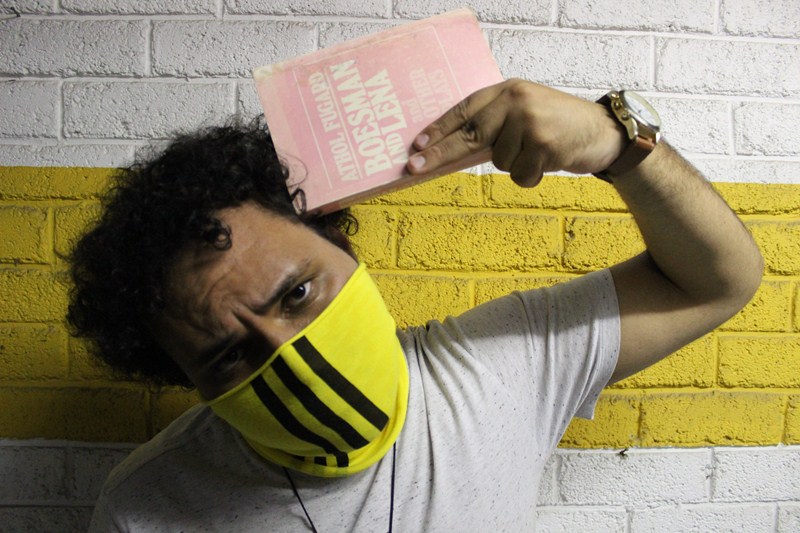 I don't condone or celebrate the usage of this derogatory term used to describe men of colour, but challenge it as the popular narrative for men like me. 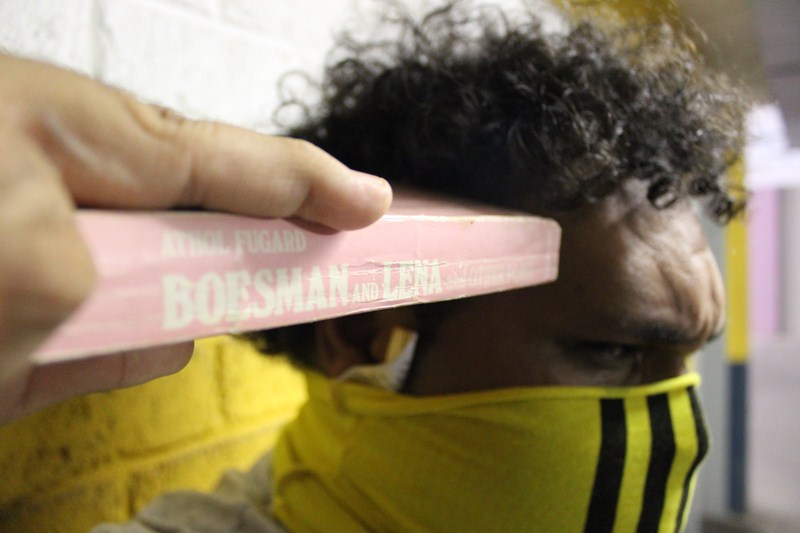 We at Bruinou.com were quite intrigued by Angelo's use of the book Boesman and Lena by Athol Fugard as a metaphorical 'gun to our own heads', so we asked him about it...
"It's a huge statement considering it wasn't written by a coloured - despite his good intentions. I am saying that we're taking charge of an identity crafted by apartheid and in doing so, empowering ourselves." 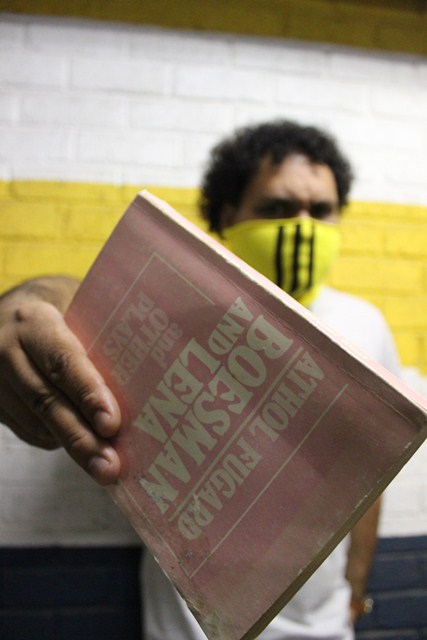 Angelo C Louw is the former editor of UNCUT Magazine and GAYLE Magazine – at one point, he was one of the youngest editors in the country. His media focus is cause communication and his main interest is in using media for social justice by achieving channels for education, representation and empowerment.
He is currently based in Washington DC as in support of what he does he was awarded a fellowship by the US government called the Hurbert H. Humphrey Fellowship.

We are eagerly looking forward to future contributions from Angelo.


Meanwhile you can follow Angelo & Matla and stay up to date with everything else they are doing. 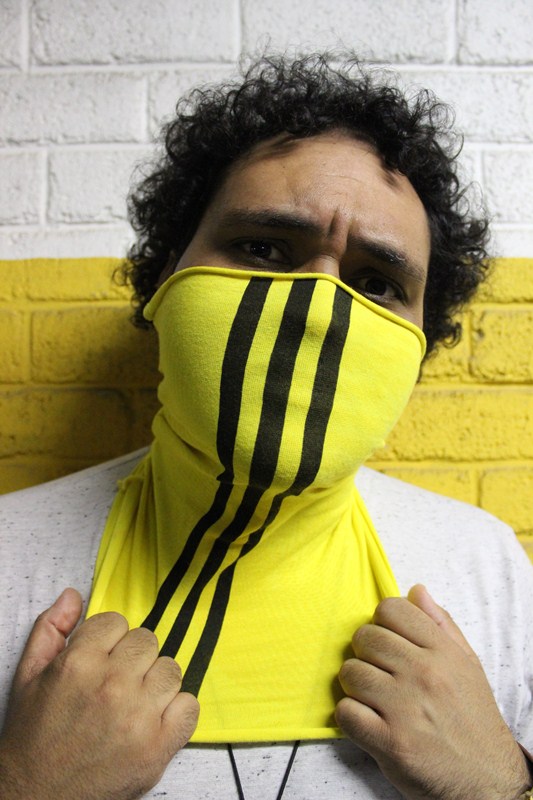 0 0
Published in Articles
Tagged under