We Need Your Ingredients for our Stone Soup Featured 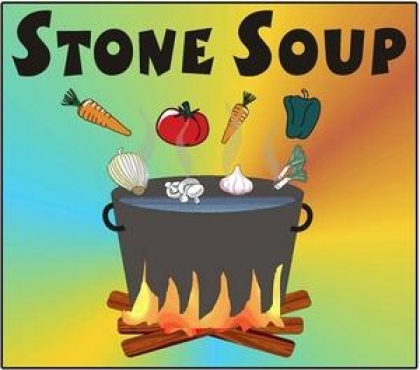 One of our favourite stories here at Colored Girls Rock that have resonated with many of us since childhood is the story of Stone Soup.

A traveller reached a village where the people were not very friendly to strangers or even to each other.
He proceeded to make a fire, took out a large pot, filled it with water and added stones to it, all the while whistling a happy tune.

Since generally people are inquisitive, they asked him what he was doing and he replied: "I'm making stone soup". Obviously no-one had a clue what that was and he invited them to stick around and have some when it was done. He made a big drama around tasting and every time someone asked if it was good he declared it would be better with potatoes or carrots or onions, etc. and so all the villagers donated something they had to the pot. In the end it was a delicious soup that everyone enjoyed - in fact they added music and started socialising and it became quite a pleasant time.

When everyone had eaten, the traveller told them that the secret wasn’t the stones but all the ingredients the villagers had donated that made the soup what it was.

The villagers thanked him for the lesson that with all things in life when we all come together and do our bit, great things can be achieved. 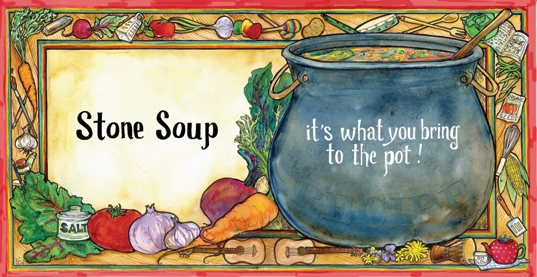 So like we've said, we love this story so much... and thus we are launching our year end initiative also called Stone Soup.
We are partnering with bruinou.com and we hope everyone will get involved with our initiative. Your potato and my onion and aunty Gabieba's carrots can feed a whole lot of hungry people.

We already have a few friends who have agreed to get involved - some celebs, some businesses, some 'normal' every-day people, but we would love for every one of you to get involved as well.
Whether you help cook or help paint faces or just come spend some time with us we promise it will be amazing.

Soon we will be launching the event on our social media and hopefully we will be the village who makes enough stone soup to feed the hungry - even just for one day.

The festive season is about more than decorations and Boney M playing in the malls... its a time to reflect and give thanks for all our blessings.


Though we are initially launching Stone Soup in some of the major areas like Johannesburg, Cape Town, Kimberley and Durban, the aim is to spread it all over the country to eventually include even the rural areas.

To stay up to date with the progress on the Stone Soup initiative, to be notified about our dates and venues...
Follow both the Colored Girls Rock Facebook Page & the Bruinou.com Facebook Page.
Also Feel Free to contact us via the above Facebook pages to find out hou You can get involved.