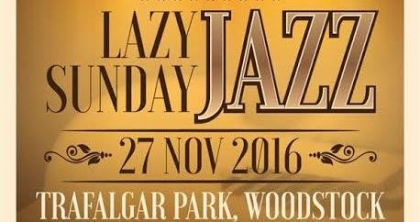 The impressive line-up takes on the air of a homecoming celebration as seemingly half of the artists on the roster are from Cape Town but they are either based in other cities or they are constantly on tour.
Wrapping up its 2016 series on Sunday 27 November, Woodstock Live presents a celebration of the Jazz influenced sounds of Cape Town.

Lazy Sunday Jazz, the fourth Woodstock Live outing in Trafalgar Park, aims to acknowledge and celebrate the past, present and future sounds of the Cape jazz scene, featuring musicians who have their roots in and share a love of this ever-evolving genre.

The divinely soulful and sultry blues-tinged voice of Auriol Hays literally induces goose bumps here at #BruinouHQ whenever we take the opportunity to listen to her music via Soundcloud or watch her music videos on Youtube.
Note to self: Stop trying to describe her uniquely beautiful voice... You're gonna run out of adjectives... and try to stop gushing so much.

Though we are guilty of not yet getting around to buying any of the albums in her growing discography, our lives have been changed after we published an article a few years ago about how 'Music Changed Her Life'.
We managed to catch up with the Capetonian who is currently based in Johannesburg to talk about the event. She also revealed a bit of what the audience can expect from her.

"I love performing at festivals where I do not know many of the other musicians on the line-up, as I get to be as surprised as the audience ...so from that standpoint I am very excited."
"I also love the idea that families are attending and instilling the love of live music in our younger generation."
She says that with her band called The Saints, she is looking forward to sharing her new music with that (multi-generational) audience.
"I just want us to give our best on the day ...and hope that magic happens along the way."
We have a video further below so you can check out the kind of the magic she has in store for the Lazy Sunday Jazz event. 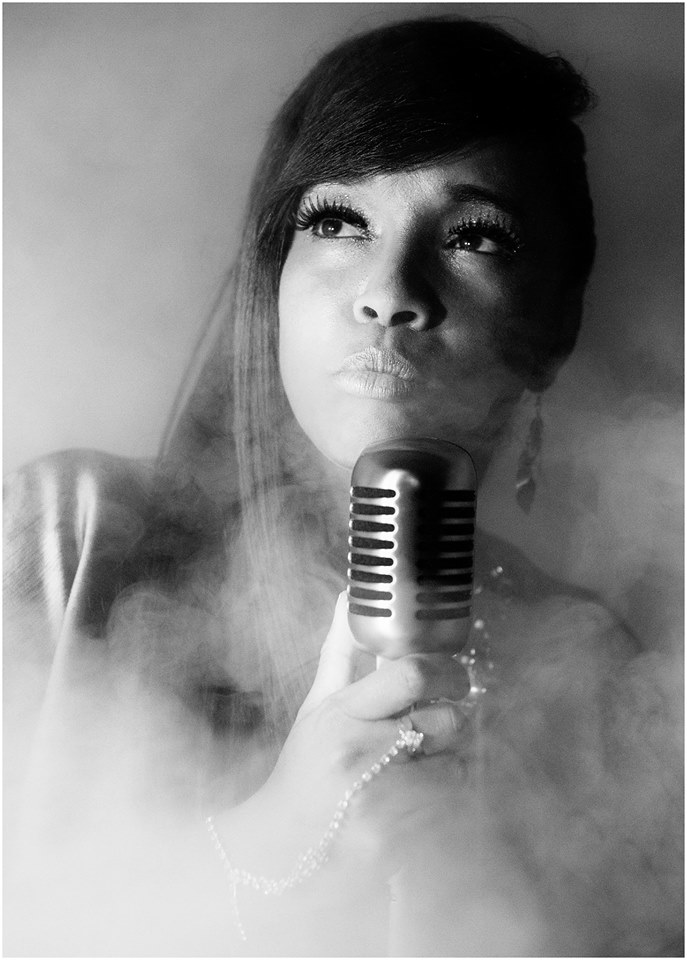 As if the prospect of hearing new music from Auriol Hays is not reason enough to attend, Paul Hanmer and McCoy Mrubata, the two Athlone and Gugulethu homeboys who also currently reside in Jozi, will be the special guests at Lazy Sunday Jazz as they celebrate their friendship in front of their home crowd.
As “younger elders”, these two Cape icons have impacted massively on the SA Jazz circuit, and are a fitting billing as Woodstock Live returns to Trafalgar Park.

The legendary Hilton Schilder who needs very little introduction will be joined by Mark Fransman and Claude Cozens and we predict that music lovers will be treated to some innovative pieces as Hilton is renowned for constantly evolving interesting new sounds.

In 2010 Hilton fought a battle with cancer in which he lost a kidney.
While hospitalised, heavily medicated and without access to any musical instruments, he composed the solo piano masterpiece “Rebirth”.
Recorded in Basel Switzerland in 2014 ‘Rebirth’ is the title track of a 5-track CD album and is also available as a 7 inch vinyl single or as digital downloads.

The jazz trumpet skills of Lee Thompson, infused with his love of ska, punk, rock and all those funny other genre names is also something to look forward to. That promises to be a whole lot of fun.

Hailed as the new Woodstock Live ambassadors, The City, fronted by vocalist Bonj Mapanza, having just returned from a tour of Tanzania, they represent the next generation of musicians who are changing our City's soundscapes.

Derek Gripper, global traveller and Cape Town homeboy, makes a stop-over to do the Woodstock Live gig between performances in New York, Carnegie Hall, London, and Bamako, as he continues his mission reshaping and reinterpreting guitar sounds from Africa and the world.

Rounding up Lazy Jazz Sunday mix will be Topdog SA, led by Camillo Lombard, musical director, composer, and teacher who for being instrumental in the evolutions of so many bands and individual artist throughout his career has had mentions in several Bruinou.com articles for well over the past decade.
Topdog SA has verily become the flag-bearer of Cape Town and South African Jazz bands with their top class performances locally and abroad.
Their landmark debut album Griqua DNA which was released to coincide with the Cape Town International Jazz Festival in March 2016 continues to be in high demand. Once again the team behind Woodstock Live brings Capetonians and visitors to The Mother City the opportunity to see world class entertainers at amazingly good value for money.
Of course Bruinou.com will be there so if you see us roaming around, don't be too shy to step up and say Hi.

News-Just-In (Edited into article on 25 November 2016)
The Delft Big Band has officially been added to the line-up of Lazy Sunday Jazz.
These talented and hardworking band of young jazz musicians under the excellent tutelage of maestro Ian Smith has been performing on many major stages stages including the Cae Town International Jazz Festival.
The Delft Big Band has also created many axtraordinary opportunities for young musicians who would otherwise not stood a chance of getting the ooortunities or access the resources to further hone their talents.
A great example of such oortunities was when one of the singers in the band, Adeliah Douw, attended the prestigious Five Week Summer Performace Programme at Berklee School of Music in the USA.
Click here to check out our article about Adelia's trip to Berklee and watch a video of her performing with the Delft Big Band.
it has not been confirmed whether she will be part of the band's set at Lazy Sunday Jazz but with or without her, the Delft Big Band certainly is an act worth catching... So be early!

More in this category: « District Six - Kanala Returns to The Fugard for Summer Season SADA |AOKHOEN !NOMAN - Diverse Genres on Line-up of KSAAG's 2nd Annual Choir Tour from Namibia »
back to top