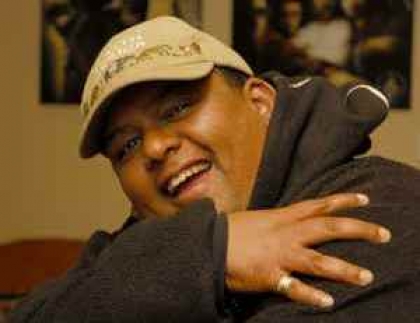 I would be lying and you would rightfully suspect me of trying to hitch onto a populist bandwagon if I were to say that my encounters with Ashley Titus aka Mr FAT in any sort of way had a huge influence on my life in Hip Hop culture.
It was at best a minor incidental influence that later turned out to be somewhat meaningful in a few important ways.
On this day that we commemorate his passing I want to make it emphatically clear that I did not know Mr FAT very well and there are many of my friends and people who I am acquainted with who knew him far better than I ever could. I am hoping that they too will be reading this in the spirit with which it was intended.

For more than a decade before interacting with Mr FAT, I had been drifting away from my roots in Hip Hop and was only starting to have a slight bit of interest again.
I at least still had my ears to the ground regularly finding out from local artists who I knew for many years and from fans what the latest buzz was, and those first Hype Sessions CD's were also starting to get high rotation on my car's sound system.
So now and then I would cop the odd Afrikaans Hip Hop CD but I can't even recall having a BVK album which I personally bought. That is not to say that I did not like what I heard from BVK. At the time it just wasn't as important to me as it later would become.


My last conversation with Ashley Titus aka Mr FAT was outside of his family’s home in Bonteheuwel Laan while visiting my bro Doug next door sometime in the earlier part of 2007.
We discussed what it was that he knew about Bruinou.com, the direction it was going and how I was aiming to play a bigger role on the website and how part of that was getting more exposure for Cape Flats Afrikaans Hip Hop artists on the site.
We also slightly touched on the fact that in some ways I disagreed with him that the Afrikaans Language is something that needs to be "fought for” in a politicised way (which was my perception of his views which I got from his regular utterings on the matter). 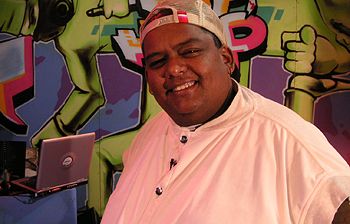 
Now some of you might think that I am writing this to emphasise my disagreement with Mr FAT but on the contrary; those few interactions I had with Mr Fat were very important affirmations to me that there was a lot of work to be done and nine years later there still is much work left to do.


The fact of the matter is that Mr FAT was indeed also doing much more of what I believed in than what I was doing at the time and we actually didn't differ as much as it seemed on the surface of it.
Hy het Afrikaans gelewe... Hy het die taal uitgeleef.


Mr FAT was passionate about his craft and about Afrikaans, in particular its Cape Flats dialect or Afrikaaps as many of us now call it.
It is for me most amazing and heart-warming when some of our Hip Hop artists give props and shout-outs in their songs and at their performances to pioneers like the late Mr FAT and also among others the late Mr Devious who have passed on but who have have left lasting legacies and who have positively impacted not only on Hip Hop culture but on broader society as well.


It also deeply saddens me that when I speak to young Cape Flats rappers in their early teens, especially where I encounter them at schools in my area, they are really passionate about rapping in Afrikaans but they sadly have no clue who the living or the late pioneers of Afrikaans Hip Hop are.
I am not for one minute suggesting that these kids should emulate or imitate these important forerunners but somehow we need to find a way to get these young ones to be aware of the history involved in the craft they wish to pursue. 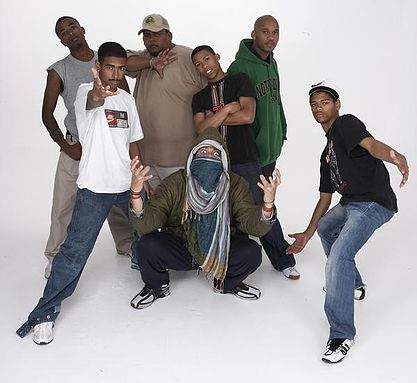 Kids here in South Africa and all over the world who want to become great at what they are interested in, who want to be great soccer players, great rugby players or musicians and artists in genres other than Afrikaans Hip Hop all somehow learn who the legends are in their activity of choice.
They learn what it was that made those pioneers great and somehow these kids are then inspired to work harder and do better.
I am of the opinion that we could do the same for Afrikaans Hip Hop by finding better ways to keep the memories of our departed legends alive through presenting these kids with opportunities to learn about them.

Let us also not forget that there may also be influential b-boys and b-girls, graffiti artists, or DJ's like DJ Solarize aka Leon Botha who may not  all have been pioneers but they certainly were a huge inspiration.
There are possibly also Hip Hop activists who might not have been practitioners of the four expressive elements but were influential nonetheless; who have left legacies that will need to be kept alive after they have passed on.
No... I could not have possibly known them all and this is probably one of the main the reasons I am writing this....

I do not yet know what shape such an initiative will take but those who personally knew our departed pioneers need to find ways to make their influence relevant to the next generation of MC's growing up in our hoods.


Hip Hop as a whole and Afrikaans Hip Hop in particular cannot afford that we are the last and only generation that will be Remembering Mr FAT or any of our other legendary artists who are no longer with us.

More in this category: « Who can all claim to be South Africa's Authentic Aborigines? Whose city is it anyway? Seapoint Promenade Dogs More Welcome Than The Poor »
back to top