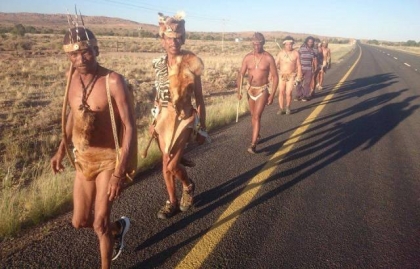 Our aim has always been to create dialogue among people who fall within the Coloured population group exactly because we all have diversely differing ideas about what our group identity entails.
We take a look at how a 2015 Article by Eusebius McKaiser, The Coloured Mentality Video Series, The Indigenous Liberation Walk and Bruinou.com's Raison d'etre all tie in with each other.

In his 2015 article "Don't tell me who I am, black man" Eusebius McKaiser virtually conveyed the exact reasons why we at Bruinou.com continue, sometimes against difficult odds, to keep doing what we are doing.

We think it is profound how Eusebius’ article ties in so very well with a the new surge in Discussions of Our Own Identity by us, among ourselves, as members of the fairly broad population group all deemed to be Coloured irrespective of what we as individuals choose to call ourselves.

We at Bruinou.com have always encouraged the robust discussion of our Group Identity in all its facets whether you refer to yourself as Coloured, KhoiSan, Khoe, San, Bruin, Kullid, Kleurling, Black, Mixed or any other name of you choose.
Even more so, We Celebrate That Identity and unashamedly showcase the achievements of people who fall within our population group but always in the context of being part of this potentially great South African nation and as part of Humanity as a whole.

The problems arise, as Eusebius McKaiser rightly points out, when people from outside of the population group try to impose their views of identity on us when carrying the Coloured label was never their lived experience.
When leaders in government discount the Group Identity issues of 5 million people and with simple rhetoric want to direct the way they self-identify, they are being patronising and short-sighted.

It is when those who believe they “know better” than everyone else within our population group try to impose their views of identity on the rest of us, that dialogue among us breaks down.
It is then that we as a population group of approximately 5 million people become even more fragmented than we already are.
The profoundly insightful article by Eusebius McKaiser in the link below is a must-read.
Don't tell me who I am, black man - Eusebius McKaiser Mail & Guardian

It all ties in with exactly why the Coloured Mentality Video Series is such an important endeavour.
Kelly-Eve Koopman and Sarah Summers dare to create the space in which achievers from our population group, not all but most of them entertainers, share their very different individual views on Issues of Identity within our population group.
We hope it creates a sense among us that if they can speak about it openly and air their differing opinions, then maybe "I am not alone in my views and opinions" and "Though many of my views and opinions on Identity may differ from that of everyone else, look at how much we have in common". 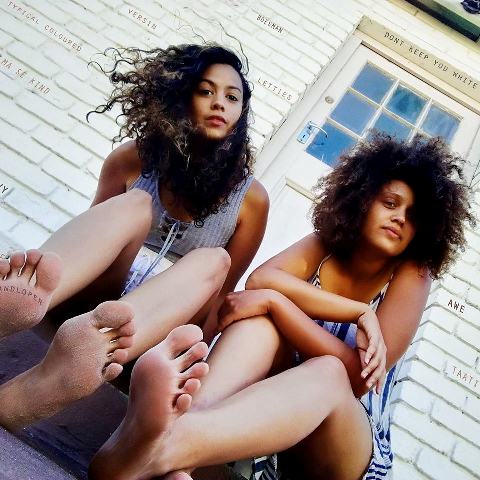 Those views which are diametrically opposed to what we each individually believe Our Identity should entail and what it should be named are borne out of each of our different individual lived experiences within our population group. We need to listen to varying and opposing views about Our Identity from within our group in order for us to build some sense of unity among us.

Hopefully we can all realise that within our population group we in fact have so much more commonality in our lived experiences than what we have differences.
Those commonalities stem from the fact that we were forced to take on an over-arching Apartheid group designation and we were physically forced to share the same Apartheid created spaces.

It is of course also true that we have had some form a common identity before Apartheid. That common identity was among other things forged through our enslavement and persecution during colonial rule.
Further to that it is deemed to be an academic fact that as much as 70% of people who fall within the Coloured population group have a Predominantly Khoe-San genetic make-up.
The other 30% mostly have minor traces while some have none at all.


Of course when we say Predominantly Khoe-San, it does not at all discount any of the other genetic and cultural contributions that come from all over the world including West & East Africa, South East Asia, Madagaskar, Angola and of course Europe, but we should start considering how this knowledge of our genetic make-up impacts on our own individual ideas of Identity.

All these different influences on our identity cannot simply be discounted and ignored by those of us who choose to focus on only one specific aspect thereof. We need to take into account that we do not all experience or express identity from the same point of view.


We are hoping that Kelly & Sarah's Coloured Mentality video series & the eventual full-length doccie they plan to create will further add to opening up the current dialogue.
In our conversation we've had with them at the Indigenous Liberation Walk Art Auction it became very clear that this is not just simply a feel-good exercise for them. They are putting their money where their mouths are by participating in this year's Indigenous Liberation Walk.

The walk is guelling for even those who have particpated in all of the previous walks and make no mistake, Sarah & Kelly know that it will not at all be easy.
One of their main aims is of course is to document all the varying individual takes on Our Identity they encounter inall  the towns and settlements along the way.

The annual Indigenous Liberation Walk, now in its fifth year, is not only a political statement regarding the United Nations recognised claim to First Nation status of the Khoe-San people, who according to the above mentioned genetic revelations includes the majority of those who are deemed Coloured, it is also an educational tour to make Coloured people aware of their Khoe-San heritage.

This year Bruinou.com will in fact be regularly bringing our members and readers exclusive update reports from the walk every few days for the entire duration of the walk.
Hakkiesdraad Hartman, a Hip Hop Artist, Khoe-San Cultural Activist, Motivational Speaker, Filmmaker and a (Mad) Scientist who runs a program in George that develops a love for science among young students and who we have featured in a few of our articles before, will be our source for Exclusive Content from the Indigenous Liberation Walk.

The aim of having Hakkiesdraad take us along with him as a media partner on the Indigenous Liberation Walk is to create the space for people to not only discover interesting and often purposefully hidden facts about the history of our group identity but also to spark conversation as to how the future of our identity ties in with our history.

It is not only the issues that came along with Apartheid and along with the colonialism before that which are important in how we shape the future of our group identity but indeed our future will also be shaped by the very fact that we have an indigenous history going back millennia.

Now besides the essence of Eusebius McKaiser's 2015 Article, The Coloured Mentality Video Series, The Indigenous Liberation Walk and of course everything that we try to achieve at Bruinou.com, there are many other initiatives currently aimed not only at exploring our Identity but at forging unity even among those who differ among each other over the many facets and details of Our Identity.

One of our taglines at Bruinou.com is of course #BeyondIdentity.
Another tagline we have is #WeAreHere.

'Beyond Identity' is foremost a goal by which we mean that in order for us to Move Beyond (the politics of) Identity, We Among Ourselves need to Engage Openly & Frankly about All Aspects of Our Identity with an eye on the future generations to come.
Instead of us all for the next few more generations still fighting about what we call ourselves, we need to find ways for us to advance the common well-being of our entire population group. Maybe then the issue of what we should collectively be called will be much easier to approach.

We also cannot move Beyond Identity while we allow others to dictate to us who we are.
Our 'We Are Here' tagline says that we are a population group of around 5 million and we ourselves cannot wish away the things that historically bind us together. It also says that we cannot allow other population groups to act as though we are insignificant, to tell us that we do not have culture or to simply riducule us based on narrow-mined stereotypes.
Only We Can Define Ourselves so let us keep on engaging each other.

WATCH: Khoi walkers on the road for indigenous rights

More in this category: « The Hyena and the Cap on his head The Untameable Wolf - coming from 'Junk' status »