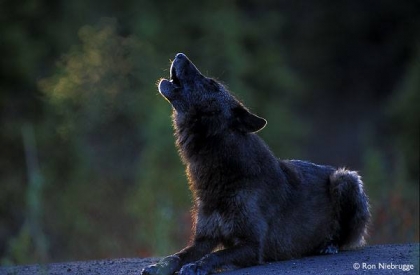 One of my friends called me the other day to ask what is going on with me and why am I not saying anything on facebook anymore - not even commenting on stuff.
Well, I am not in a very good socialising space over-all right now, so I am not really focussing on the stuff that are making everyone run to the toilet over the last few weeks.
I have no opinion. As far as the 'Junk' status is concerned, I told him - "It's happened before and went right over the heads of the majority, including mainstream media, but the thing here is - I grew up like that - many of us come from 'Junk'.

Our family land was taken away during the apartheid era and we all got thrown into 'camps' - just like what is happening today - 'Blikkiesdorp' - (and yes I know many mense don't really smaak this point, but anyway - just deal with it, because it actually is the reality of more than one person, or generation).

As a child, I played with sticks, pebbles, rocks, stones - things that were lying around in the squatter camp where I come from next to the railway lines. We were showed how to make paper boats by a man and we played with it in the water that ran from the washing area - (there was more than just washing water in that stream). So I used to imagine toys, cars, busses, planes, a Guitar, music - I drew a piano on a rock and played it for my friends at age 6 and they all clapped - we had our own little concert on the yard with dogs howling as well - especially when I played the Harmonica.
We had a great time there amongst all the junk.

Yes, Leslie Javan - this composer, songwriter musician guy comes from junk with no parents and had no future.
So when people tell me about the 'Junk' status of SA? Well, I don't really know how to respond to this and many other stuff trending on social media right now.
I sometimes wonder about a lot of things, but I also realise that talking about it in public spaces is not always a good idea, because most of the mense you think are cool are actually not.
It's because you are cool that they are cool, but once you give an honest opinion on something and it does not fit in with their 'coolness', then you are not cool anymore and nomore benifits neh.

So, me, well, I still use my imagination to escape this world and there I create music and songs that I hope will somehow form part of the painting of life we are all looking at and being part of at the sametime.
As a child who finished reading the whole Christian Bible by the age of 12, I could not understand why the different church leaders and pretty much everybody around me were talking about a scripture that 'speaks' of a time when the Lion and the Lamb would lie down together - This usually comes as a big surprise to a lot of people but there is no such verse.
It is a line that was drummed into the minds of people everywhere - especially Christians - Advertising through sayings, big speeches and of course the visuals/adds (like those paintings, well actually prints hanging on the walls of some mense's houses mos neh).

How many of you have quoted that very same line and probably still do and believed it to be true - The Lion and Lamb thingymajick? Well, as a child I saw how easy it was to manipulate the masses, because you see that verse in the Christian bible actually speaks of a Wolf and a Lamb.
When I told people this they would come up with some amazing excuses but yeah, neh. Mos.

Isaiah 11:6 - The wolf will live with the lamb,
the leopard will lie down with the goat,
the calf and the lion and the yearlinga together;
and a little child will lead them.

Freaky stuff neh... I love wolves and they feel like family - Unlike Lions and Tigers who can be trained and do tricks in a show or circus, the Wolf, well... you cannot tame us

Bruinou.com will hopefully some time in the very near future be able to bring you a full feature article about the world renowned South African composer & musician Leslie Javan. More in this category: « How The Coloured Mentality Video Series & The Indigenous Liberation Walk Can Help Us Move Beyond Identity Gabriella Engels - Kullid Foundation Addresses Government's inaction against Grace Mugabe »