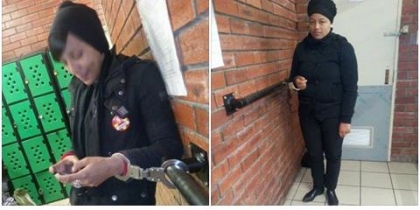 "Shoprite prides itself over its so-called respect for women, with its annual award, yet Shoprite shows the greatest disdain for women."

The Workers International Vanguard League says that just 2 days after national Women's Day and in the heart of Women's month, 7 contract workers, all female, were arrested and humiliated at Shoprite's Pelikan Park branch. Their alleged crime: Keeping the tips that grateful customers have given them.

On Friday 11 August 2017 the workers presumably detained by the store management and security were kept handcuffed in front of staff and customers for 4 hours before the police arrived. They have been charged with alleged theft, taken into custody overnight and were provisionally released the Saturday at 3pm.

In a recorded interview one of the ladies claims that they were not even allowed to make phone calls to their families and had to leave all of their personal possessions at the Shoprite store, and the indignity they were forced to suffer was further exacerbated when some of them who are on their menstrual period were not allowed access to sanitary towels. 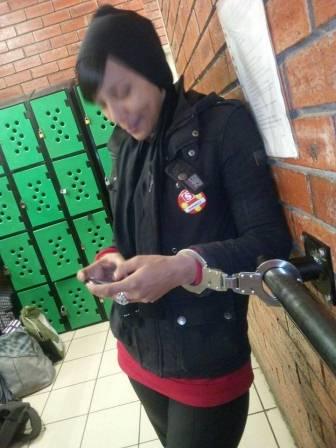 Having no union representation, or access to other legal representation, the ladies are now being assisted by Workers International Vanguard League based in Salt River Cape Town.
They will now appear for their preliminary hearing at the Wynberg Magistrates Courts on Tuesday 15 August.

In a statement released by Shaheed Mohamed of the WIVL, he lambasted the retail giant which with much fanfare hosts their annual Shoprite Woman of the Year Award, for showing such disdain for their own lowest paid female workers.

"Because of their low wages the workers collect tips from customers. The company demanded that these tips are handed over, claiming that it is Shoprite's money."

"The workers say that they are often threatened to work overtime and are not paid for it; The have a half hour lunch break and no tea breaks and are paid an hour short every week."

The Shoprite group of companies has regularly made news recently and there is growing outrage about the astronomical bonuses paid to former CEO Whitey Basson as well as the salary of current CEO Pieter Engelbrecht.
You can read more aboutr that here--> Shoprite CEO scoops R50m performance bonus

In the Audio Recording we have on Bruinou.com News Podcasts (Also See Link Below), Shameez, one of the arrested workers, also speaks of their ordeal and how Shoprite Pelikan Park followed no internal disciplinary procedures or allowed them to have any representation and that they were summarily arrested.

We at Bruinou.com are aware that most retail companies stipulate that their employees are not allowed to accept gratuities and gifts from clients but certainly accepting and keeping a tip from a client cannot and should not be construed as a criminal offense.
What is and should be treated as a breach of the company's code of conduct should simply have been handled as an internal disciplinary matter and should have been dealt with in accordance with the Labour Relations Act and not as a criminal matter.


Many of those who have till now commented on the matter agree that certainly managers in a company paying their workers at such a low wage rate should at the very least have some level of empathy when addressing the issue of employees receiving tips and still then maintain their right to follow disciplinary procedures, but criminalising the act of accepting a tip shows a scant disregard for the human rights of their employees. We have Cape Town based international labour law researcher Judith Kennedy to thank for alerting Bruinou.com to this situation and directing us to the proper sources as well as arranging that we get the audio recordings.

Among the comments on her Facebook post regarding the matter, some have suggested that the SAHRC investigate the human rights violations that these women have endured thus far.
Bruinou.com also spoke to Nadeema Petersen, a friend of Kennedy's who expressed her view that this is sadly another direct systemic attack on the poor and vulnerable and that the arrest and incarceration of these ladies should be challenged with a lawsuit.

"Is this not grounds to sue for wrongful arrest and incarceration then? What the heck is all of this madness with profits before People and with this unjust system?" she asked.
"The poor seems to be under attack from all and sundry." concluded Petersen.

The workers, their supporters  and members of the broader community have been picketing at Shoprite Pelikan Park on Monday 14 August and will again picket the Wynberg court on Tuesday 15 August. 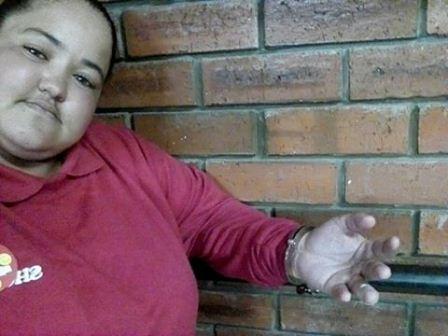 The Workers International Vanguard League has called for the immediate dropping of charges, the withdrawal of disciplinary procedures and for the immediate firing of the management of the Pelikan Park Shoprite.
They have also called on the broader community to continue supporting  the pickets and to immediately boycott Shoprite in Pelikan Park.

For Audio Click Here--> Listen to one of the arrested workers, Shameez, speaking to Shaheed Mohamed of WIVL.

Bruinou.com was unable to contact the management of Shoprite Pelikan Park or a representative of the Shoprite group for comment.

Editor's Note: Some of you might remember Judith Kennedy for her continued involvement with the running of the Jazz Yard Academy which teaches youth in Bonteheuwel on the Cape Flats to play jazz music. We wrote about

the JYA on a few occasions. You can read that here--> Jazz Yard Academy Celebrates First Anniversary

More in this category: « 'Biased' Judge Steps Down from Bromwell Street Eviction Case When an Apparently Innocent Bruinou in Riverlea Poses Next to a Stolen Rolls Royce »
back to top