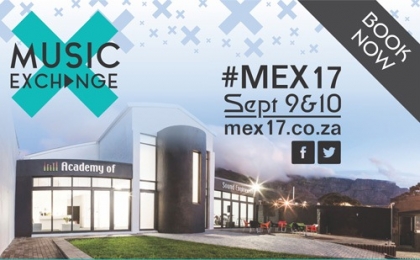 When we said in 2016 that Music Exchange is The Definitive Conference on Our Entertainment Economy, we were not exaggerating. Last year #MEX16 was phenomenal and now #MEX17 promises to up their game to new levels.

With new sponsors and a new venue, #MEX17 will obviously be somewhat different from Bruinou.com's 2016 first encounter with the annual Music Exchange conference. This year Music Exchange will be in its 7th year running, taking place on Saturday 9 and Sunday 10 September 2017, and it will be hosted at the Academy Of Sound Engineering studio complex in Cape Town.

What definitely won't be different is that it will be another not-to-be-missed opportunity for novices and experienced music creators of all genres as well as others who work within the music industry to learn from the experts, the ground-breakers and the trendsetters in the music industry.
What we found to be of ultimate great value was that attendees also learn quite a lot from each other.

With 8 international and 22 South African experts as speakers, seminar presenters and round-table discussion hosts, there will once again be opportunities for conference-goers to directly interact with the experts and each other on a diverse range of topics all within a structured setting that leaves some room for one to explore any issue from a wider perspective.

We at bruinou.com can confidently tell you that at least two of the guests we took along to the 2016 Music Exchange conference have shown phenomenal growth in their music careers and they make no qualms of the fact that Music Exchange had a huge impact on their growth.

What Music Exchange has Meant to Bruinou.com's Delegates in 2016
Stacey-Lee Petersen, a versatile guitarist who only picked up her instrument a few years ago, was one of our delegates we took along to #MEX16. Since then she has moved from playing covers in her bedroom and just jamming with friends to not only writing her own material, but she has also learned to create her own tracks on a DAW and she's just recently landed a regular gig at a nightclub.
Having some punk rock influence but also loving the dance music and Hip Hop scene she is in the process of creating her own style that has beats and rhythms ranging from House music to Dubstep and Hip Hop on which she effortlessly melds her Rock Chick sound. On some of her tracks she collaborates with vocalists and rappers who one would normally not find within earshot of a wailing rock guitar sound.

Stacey-Lee attributes many of her new forays into creating her own unique sound to what she has learned at #MEX16.

Hip Hop artist Bix-C who is a Bruinou.com member and one of our #MEX16 delegates also attributes some of his latest successes to the invaluable experience of attending the Music Exchange conference.

“Aside from networking with people sharing a common passion, my personal experience was informative and priceless.”
"From all the information I've processed I'm proud to say that I have definitely implemented some great principles in my own music journey. I'm now a registered RISA member with a unique ISRC code now for all my current and future audio and video productions."
"I also now have a bigger radio connection and know and understand the radio play listing process."
"MEX definitely helped me in obtaining all the right information and made me realize that simply working harder is not enough but putting in the proper hard work and finding smarter ways of going about your business is what makes the difference.


What to look forward to at #MEX17
The 2017 conference sees one of the most inspiring artists of 2016 return to their stage when the now globe-trotting writer, performer, and poet Siphokazi Jonas, who we first met many moons ago at an Expression Sessions Kuils River event, once again shares how she has taken the performance poetry world by storm using what she has learned from the music industry.
Now the music industry is starting to learn from her.

A musician we also definitely look forward to hearing from and interacting with at #MEX17 is Maya Spector who we featured in a Bruinou.com article a few years ago. Maya continues to steadily make a prominent mark in the South African music and musical theatre industries since her return to South Africa in 2014 after another one of her stints living and working abroad. 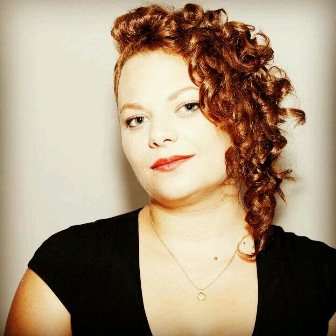 Maya has had live erformance collaborations with a diverse range of Cape Town's top local artists that includes one of Bruinou.com's favourites, Quinton Goliath aka Jitsvinger.

There is a lot to be learned from her about how she goes about keeping her live performance schedule so impossibly full for quite a few months of the year and how she balances that with the many projects, including theatre, she constantly seems to be working on.
She does all of that while she also regularly has tracks play-listed on radio.

Holding somewhat of a legendary status among musicians, songwriters and producers across a range of genres is RJ Benmjamin, a multiple award-winning composer, songwriter, producer, musical director, music teacher and lecturer who is responsible for the rise of many artists' careers since the early 2000's besides that he himself has released quite a few hits as a solo artist.

An exciting aspect of attending Music Exchange conferences is that one invariably gets to interact with entertainment industry luminaries, some of who are current or past MEX guest speakers. There being a lot of opportunity for one-on-one exchanges between people, whether they be either novices or experts, it is a great opportunity to ask questions from those whose work you have been following and who seem to successfully be doing things differently to others in the industry.

Music Exchange is of course not simply a gathering of musicians teaching musicians about making music.
Some of the other guest speakers may have close ties with the music industry but definitely do not fall into the artist category.
Other guest speakers include Anton Groenewald, the Director of Amgro Services, Cellar In The City, Cape Town Pass; Thabiet Allie who is COO of Turn Up Music and Jarrod Aston who is Managing Director of Fluid Media & Entertainment.
There is also Christopher de Vries of Out the Box Productions and Lonwabo 'Lobz' Marele whis is a Digital Entrepreneur and Multimedia Reporter.
These individuals have inside track info on how artists can increase media reach and access opportunities in terms of expanding their brand recognition.

There's also the international contingent whose contributions to #MEX17 we can all look forward to.
One of the world's leading global music industry executives returns as one of the main speakers and we believe it has much to do with the fact that, as he has said at #MEX16, he recognises that South African music creators and songwriters have the potential to play a much bigger role in the global music industry.
Brandon Bakshi, BMI’s Executive Director of Writer/Publisher Relations for Europe & Asia has during his career signed artists Daft Punk, ZAYN, Ed Sheeran, Sade, Kygo, Popcaan, Laura Marling and Ellie Goulding amongst others.
He brings with him a wealth of knowledge on how artists and particularly songwriters and music creators should position themselves and their work in terms of how the global market shifts and constantly evolves.

We have said it many times before and no, we do not mean that our artists, songwriters and music creators should forego their language and cultural identities, but it is important to not only think locally but to have a global vision beyond what you think are the limitations of language and cultural expression, because sometimes those are what actually sells you to international audiences.

Besides Brandon Bakshi, there are seven other international guest speakers each specialising in different fields of the music industry and they include songwriters as well as producers. There are also media experts among them.

Attending the 2016 Music Exchange conference has also added value to what we do at Bruinou.com.
We are seeing ourselves becoming a hub of information for young artists and entertainers and there are even some older ones who already have their careers going who regularly visit us or contact us looking for information. Sometimes an artist just needs someone off who they can bounce their ideas and on other occasions we are able to refer them to exactly the right people. Many timesthose we refer them to are ones who we have strengthened our network with at #MEX16.
Sometimes it is as simple as just telling them to watch an Ebrahiem Inglis tutorial on a specific topic.

We can truly say those particularly young musicians who want to turn their art into a career but also those older ones who already have careers should seize the opportunity to make an investment in themselves.
The Music Exchange Conference is an investment in South African Music.

At R250 per day or R400 for both days (i.e. Saturday and Sunday) attending #MEX17 will be an investment in your future.

#MEX17 takes place on Saturday 9 and Sunday 10 September 2017, and it will be hosted at the Academy Of Sound Engineering studio complex in Cape Town.

You can Book via Webtickets
https://www.webtickets.co.za/event.aspx?itemid=1472923115

Bruinou.com will be giving away One Set of Double Tickets to #MEX17.
A deserving young musician starting out their career will have thje opportunity to take someone who has an interest in their career along to #MEX17.
All you need to do is write us a short email and in Less than 150 words tell us about yourself and why You and the person you are taking along need to be at #MEX17.
Emails should reach us no later than Midnight Wednesday 6 September 2017.
Send emails to This email address is being protected from spambots. You need JavaScript enabled to view it. no later than Midnight 6 Setember2017.

Our Judges Decision is Final and No disputes will be entertained whatsoever.