Brandon Benjamin, the first POC to be crowned SA Surfing Champion battles to get sponsorship Featured 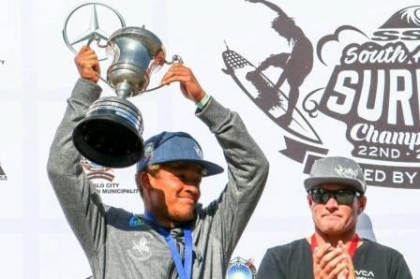 Brandon first started surfing at age 10 and he caught the surfing world’s attention at the age of 12 while competing as a Western Province surfer and over the years he has worked his way up the SA Championships surfing chain.
In 2015 he reached the SA under 20 finals and in 2016 he won the under 20 silver which helped clinch the team event title for the Cape Town Surfriders team.

Benjamin also led his S.W.O.T Surf Club, to an historic victory in the National Interclub Championships.

At his young age Brandon Benjamin is already involved in ploughing back by helping train other young surfers from disadvantaged backgrounds. 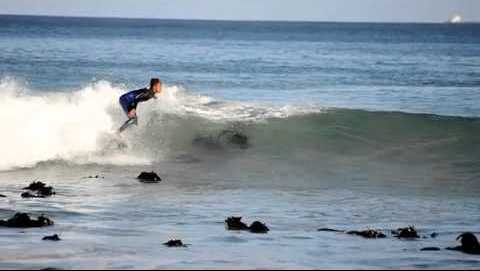 Brandon recently told the website Wavish.co.za that he doesn't get any meaningful financial sponsorship.
“All my sponsors don’t pay. For me, I’m just a brand ambassador for them. I feel there should be more in it.  I don’t get incentives or any financial help. My sponsors do help me with being able to surf with the best equipment”.

We at Bruinou.com hope that this talented young champion gets the sponsorships he deserves so he can compete on the international pro circuit so if you are reading this and have any influence in a corporate boardroom somewhere, then we urge you to convince your company to push some real money his way.

WATCH Brandon Benjamin Speaks to SABC News about his need for sponsorship.