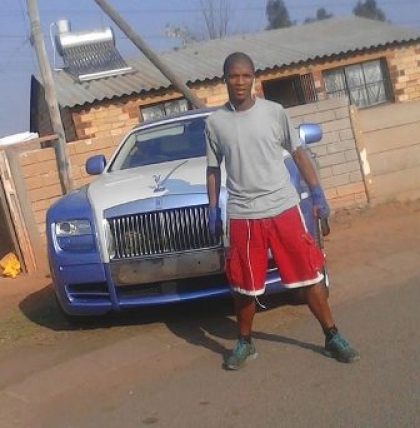 In an apparent attempt to look cool, Riverlea resident Leranzo Jones posed for pictures next to a Rolls Royce Ghost which of course is an extremely unusual sight in Rivaks. That specific car valued at 5 Million Rand had been reported stolen earlier that day...
A brand new Rolls Royce Ghost costs a whopping 10 Million Rand!
The pictures which he then posted on Facebook caused quite a stir and soon started spreading beyond his profile with accusations that Jones was "the stupid thief who stole a Rolls Royce and got caught after posting pics of himself and the car on Facebook".
For now however, the only theft that Leranzo Jones seems guilty of is 'stealing a photo opportunity'. 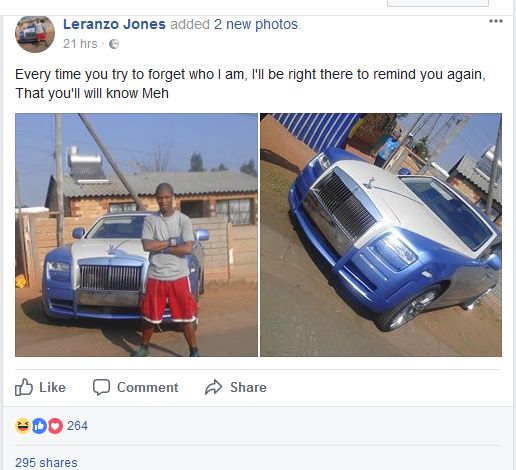 Now there are pictures doing the rounds accusing of him of being the brazen thief and there are articles with unverified reports of his arrest which have spread like wildfire.
His attempt at getting some 'cool-cred' from his Facebook friends may have gained Jones a whole lot more attention from the internet than he might have bargained for.
One Facebook page that caught an early ride on the bandwagon is South Africa Live. They raked up thousands of Likes & Shares within a few hours by ridiculing the young man with an unconfirmed report that he had stolen the car. Most of their readers believed the hype and shouted down anyone who tried to be rational and give a simple explanation for the pics.
They eagerly seem to want to believe that he had stolen the car.
Jones has however until now not been implicated or named by police as a suspect in the case.
Now we are wondering... With so many people becoming celebs for trivial resaons...
Maybe Jones can try to make a living going around taking pics while standing next to exotic rides spotted in townships all over South Africa.
OK scratch that... With his luck, every second one will turn out to be stolen and he will permy be a suspect...
WATCH: Stolen Rolls Royce Found in Riverlea
A simple rational explanation would be that every second young man... or woman... around his age and even some much older would take a picture of themselves standing next to an expensive exotic vehicle left unattended in a neighbourhood where such vehicles are a rare sight, except for this time of the year, Matric Ball season, when they do occasionally make an appearance,
According to the police, the stolen Rolls Royce was found abandoned on Wednesday 20 September after being stolen from a workshop at The Glen that very morning.
Johannesburg Metro spokesperson Edna Mamonyane said in a statement the car was immediately reported stolen. 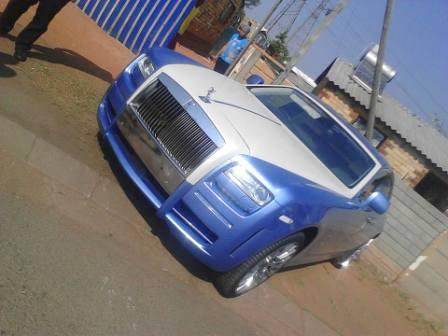 The workshop’s owner apparently spotted it while driving on the N12, and followed it off the N1 South at Golden Highway, where he also alerted two JMPD officers on patrol.
After a high-speed chase, the car was found abandoned.
No arrests were made after the suspect fled on foot between the houses.
WATCH on #BruinouTV: Stolen Rolls Royce Recovered in Riverlea
Tweet