Just in time for Cape Town's Festive Season, Popular Comedian Marc Lottering has a brand new show running at The Baxter from running from 30 November 2017 to 13 January 2018.

Marc Lottering’s most beloved character, Aunty Merle Abrahams from Belgravia Road in Athlone, sashays onto the stage in the musical-comedy AUNTY MERLE, THE MUSICAL.

But it’s never smooth-sailing in the world of Musicals. Abigail’s twisted and corrupt ex, Denver Paulse, (Loukmaan Adams), who holds a dodgy top job with the sabc, is determined to get her back. If not, he threatens to reveal a very dark secret which is bound to tear the lovers apart.

And what of Merle’s son Carl (Roberto Kyle), who spends so many hours with his Varsity friend Siya (Sizwesandile Mnisi). They are obsessed with Beyonce. Merle’s neighbour Soraya Samsodien (Carmen Maarman) certainly has some thoughts of her own around this. 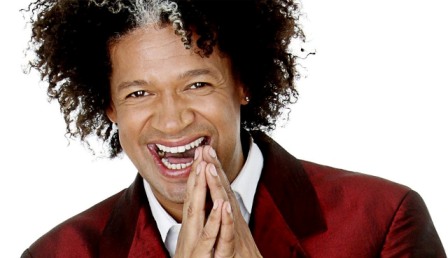 And then there’s Lydia Majola (Tankiso Mamabolo) from Khayelitsha. She has been on a 20 year journey with Merle, employed as Merle’s Helper. But how can Mrs Majola focus on cleaning a house when she has just discovered that her Husband’s a Blesser? In addition, Mrs Majola’s feisty daughter Nambitha (Zandile Madliwa), fresh from Oxford University, has a venomous political apple to peel with Abigail.

Can Aunty Merle get everyone to live happily ever after, and still pull off the Wedding of the Year? The role of Merle’s long suffering husband Dennis is played by veteran Royston Stoffels, Alan’s parents, Claire and David White are played by Kate Normington and Adrian Galley. Best friends of Abigail and Alan are played by Anray Amansure and Daniel Richards, playing the roles of Liezel and Jakes.


WATCH:Aunty Merle Announcing Her Trip to Toronto Canada a Few Years Ago.

Marc Lottering stars as Aunty Merle Abrahams. Featuring 14 actors and a live band, AUNTY MERLE THE MUSICAL promises to take the audience on a terrific trip. Script is by Marc Lottering, and Musical Direction is by Alistair Izobell. Between the two, they have been entertaining South Africans for more than 2 decades.
AUNTY MERLE, THE MUSICAL is the perfect show for the festive season. 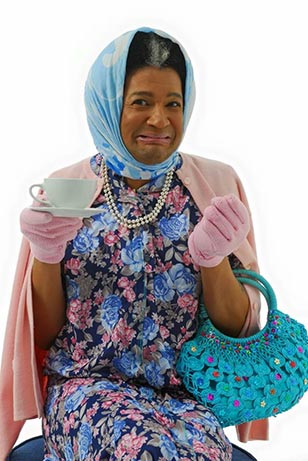 There are early bird specials at R120 for performances Monday 30 November to Thursday 7 December 2017.

Note Age Restriction PG 14 and no shows on Sundays, except News Year’s Eve.

More in this category: « Kim Engelbrecht on a Visit Home to SA Revealed More About Her Role in The Flash & We Have Pics of #TheMechanic Standing Tall in The Midst of It All - Wilmot Fredericks in Concert »