Winner of the Ghoema2017 Award for Afrikaans Hip Hop Song of the Year, Early B, has just signed a record deal with the prestigious international record label, Universal Music. He joins a long list of successful local and international talent, such as The Voice SA contestants Caroline Grace and Fatman, who also recently got signed by Universal.
Early B, aka Earl Swartz, is only twenty-eight years old, but has already claimed his spot in the South African Entertainment Industry. He is especially known for his hit, Cerebellum, which peaked at number 1 on the Goodhope FM Hip-Hop Charts for several weeks.
His clever poetical lyrics have managed to capture the hearts of many Hip-Hop fans and he also has many fans who are not necessarily into Hip Hop. That to us is a good thing because it means the reach of Afrikaans Hip Hop is being taken beyond the limits of only the die-hard Hip Hop Heads.

Earlier this year Bruinou.com got to hang out with Early B at the 2017 Ghoema Awards ceremony after-party and again we got to interact with him at one of the recent monthly Northern Lights Hip Hop events hosted by Linkris of Katalis Productions.
Early B's down to earth nature and pleasant demeanour belies the level of seriousness with which he approaches his career as an entertainer.

Watching him mingle with the Hip Hop crowd at Northern Lights it is clear as daylight that it is not simply a career strategy to interact with fans but he genuinely is a nice guy who can easily relate to people and that reflects in many of his lyrics.
We would venture to suggest that the success of his music career is because the content and contexts of his lyrics are so easy to relate to... He is an ordinary guy speaking to ordinary people in a very extraordinary way.
The motor-mouth rapper whose talent started drawing attention when he was part of the duo Earl & Agemi saw his career skyrocket since he went solo a few years ago and he started to apply a high level of professionalism in the way he presented himself as a brand and paid real attention to the business side of his career. 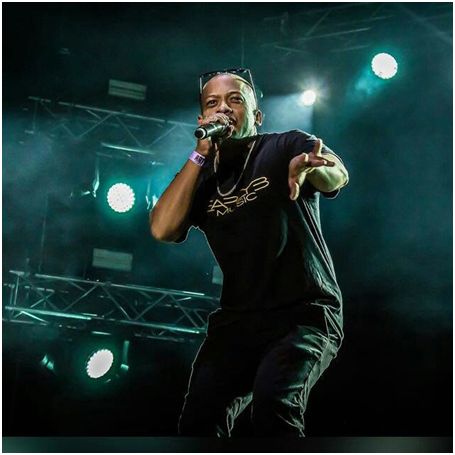 There is no doubt that he understands that having an immense amount of talent alone is not enough and because he has indeed worked really hard to reach this point, he is really appreciative of the new opportunities that have opened up for him.

True to the arts, Early B is also an actor and has a Film and Television Production diploma, a skill which came in handy when he started producing and marketing his own music videos – some of which has reached more than 400 000 views and downloads on YouTube. The artist has also starred in the locally produced series, Hotel Songololo.

Congratulation Early B from all of us here at Bruinou.com.
Leka Djy! Leka Djy!