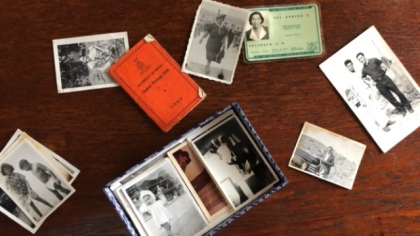 Your help is needed in piecing together some of the hidden history of Durban's Coloured population group in a bid to explore narratives around this history from the perspectives of those who are willing to contribute material and knowledge to the Proclamation 73 Open-access Visual Memoryspace Project.
That means that you can through images and documentation contribute to the visual telling of your family's and your community's history and help weave the tapestry which aims to make the hidden histories of Durban come to life.

Bruinou.com spoke to Zara Julius who along with Chandra Frank and eThekwini History Museums embarked on this project which explores the Durban archive as it relates to neighbourhoods in Durban North and Durban South that, under South Africa’s apartheid regime, were designated for people racialised as Coloured and Indian under the GAA.
"There is no visual record of Coloured life in Durban's municipal archive, and Proclamation 73 is an opportunity for folks to change that."
"Considering the ways in which recording Coloured histories and narratives have never been a national priority, the project relies on the submission of family photographs and document archives from the public in order to piece together our stories and re-enter ourselves into the history of Durban."

The prevailing national conversations among people classified as Coloured concerning issues of the Group Areas Act of 1951 (GAA) often boils down to mainly the large-scale displacements from places like Sophiatown and particularly District Six but like many other areas all across South Africa, Durban KwaZulu-Natal was not immune to the GAA and the dynamics around the creation of separate Coloured and Indian residential areas are seldom if ever explored.
The Proclamation 73 project derives its name from the proclamation issued by the Apartheid government on 30th March 1951 in relation to the Population Registration Act and the Group Areas Act. This created a sub-division of the Coloured group, which until then included Indian and Chinese people. The government didn’t only want to separate white people from non-whites, they didn’t want people of any races mixing, with the result that Coloured, Indian and Chinese people were designated to neighbourhoods in the north and south of Durban, distinct from those areas reserved for black people. The same proclamation applied to the then Cape Province, Transvaal and Natal with the Cape Province having a further sub-division of Cape Malay.
In Durban the histories of Coloureds & Indians were in many ways intertwined and yet at the same time very separate and different. These histories are then usually also viewed as separate and different by the average citizen.
The contributions to the intended visual archive, as we at Bruinou.com understand it, will create two separately identifiable and yet also joined and overlapping streams of an open-access visual archive of these communities aimed to challenge notions around race and space in Durban.
"This project challenges how one may take these two histories, which are often read differently and independently of each other, and create and present them together – questioning what has been silenced, which narratives have been forgotten, and how we may turn the gaze around in a way that allows these Durban archives to speak to each other in the present day."
The project will culminate towards the end of 2018 with submissions closing in September. The sooner Zara and the team can get your contributions. the more inclusive the new open-access visual archive will be.
"We aim to host a public exhibition at the Old Court House Museum in December 2018 and photo submissions are needed ASAP. We will stop accepting submissions in September"
"Those interested can scan and email their photographs with captions (date, location, brief explanation of the photo, names of those in the photograph) to us at This email address is being protected from spambots. You need JavaScript enabled to view it. or This email address is being protected from spambots. You need JavaScript enabled to view it."
"We are also happy to make an appointment with anyone interested and will go out to those areas around Durban and scan their images ourselves."

We at Bruinou.com urge you to please participate and contribute material in the form of images and documents.
No submissions will be accepted after September in order to facilitate the curation process.
For your submissions to the Proclamation 73 Project please consider the following requirements and guidelines below.
You are invited to submit photographs from your personal family albums that document your homes, family/friend gatherings, community, social events, school events, etc that date any time before 2000. We are also interested in receiving copies of written letters or any such archives you feel are of particular interest.
Guidelines:
CLICK HERE TO FILL OUT THE ONLINE FORM AND SUBMIT YOUR ARCHIVES
Please note that the Proclamation 73 is a not-for-profit project in partnership with the Goethe-Institut South Africa as part of the Goethe-Institut Project Space (GPS).
No images will be used to generate profit.