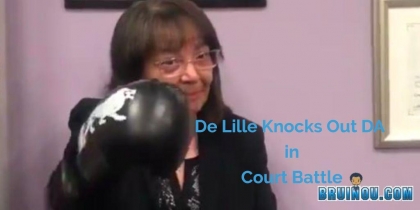 The Western Cape High Court on Wednesday found that the termination of Cape Town mayor Patricia De Lille's DA membership was unlawful.
Judge Andre le Grange, reading out a summary of the judgment on Wednesday, said before the party could make any adverse finding against De Lille that led to her membership being terminated, it was required to give her an opportunity to submit evidence in mitigation, which it did not do.
"The party's failure to comply with provisions of clause 10.5.1.2 of its own constitution amounted to a further material irregularity which mitigates the decision arrived at namely that Ms de Lille's membership ceased to exist.
"The termination by the first respondent that the applicant has ceased to be a member of the DA... is declared to be unlawful and invalid and is reviewed and set aside with costs," he said.
Click here to read the full article on BusinessLive
Tweet

More in this category: « Luke Davids Wins 100m Gold at 2018 IOC Youth Olympics in Buenos Aires Mayor de Lille Resigns - What is Next for the People of Cape Town? »