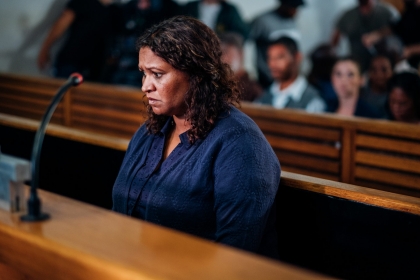 Like most of the people I know, I closely followed the Ellen Pakkies trial via the media as it was happening. However, when all of the dust settled around the outcome of the trial, we simply went on with our lives.
Be warned... Seeing the cinematic depiction of the Ellen Pakkies story will not allow you to simply just go on with your life.
It’s Meant to Change You.
How could a film having had such a profound effect on me and by most accounts deeply affected the rest of the audience at the premiere two weeks ago, take me so very long to tell y'all about it?
I attended the opening of the kykNET Silwerskerm Film Festival for the premiere of ELLEN - Die Ellen Pakkies Storie on Wednesday 22 August and like virtually everyone else, I was blown away.
So why didn't I start writing about it the very next morning?
The answer is simple and complicated all at the same time. I was processing the experience... I shall be processing the experience for years to come.  I suppose writing this review as well as a separate article about my conversation with Mrs Ellen Pakkies is part of that process.
ELLEN, The Ellen Pakkies Story chronicles the true life events in the troubled relationship between a mother and her drug-addicted son – a relationship that eventually drove her to the edge causing her to murder him.
Many people may have the illusion that Ellen Pakkies was acquitted, or even have the bizarre idea that she "got away with murder" but that is not at all the case.
Ellen Pakkies outright pleaded guilty but at the discretion of the magistrate she avoided being handed a jail term. After reviewing the evidence and testimony presented to her, the magistrate concluded that society & the legal system have failed Ellen Pakkies. That may by and large be a broader overview of what the film is about, but like the complex life of Ellen Pakkies, that would just be much too narrow an explanation of the narrative.
Amy Jephta, playwright and director from Mitchell’s Plain who is responsible for the magnificent script of the Ellen Pakkies film; film director Daryne Joshua of Gambit Films who in 2016 made his feature film directorial debut with Noem my Skollie, and renowned producer Schalk-Willem Burger of The Moving Billboard Picture Company tell a story that unfolds in an unusually interesting way
The word "gambit" means making a calculated move, a masterstroke that gives you a distinct advantage over your competition; How the Ellen Pakkies story is told on film is indeed a cinematic masterstroke that keeps one spellbound right from the start.
The movie unfolds in a ‘dual timeline’ with viewers following the timeline of the arrest and trial of Ellen Pakkies that at the perfect moments switch to scenes of very particular events leading up to her murdering her son Abie. It starts in what I loosely call a sub timeline with Abie being the fairly normal bright-eyed adored son and she the doting mom while in the main timeline it starts around the time when Ellen Pakkies turns herself in for murdering her son.
Our observations about how brilliant the script was executed seems to concur with the views of the judges at the kykNET Silwerskerm Film Festival who awarded Amy Jephta for Best Script at the 2018 festival held at The Bay Hotel complex in Camps Bay from 22 to 25 August. 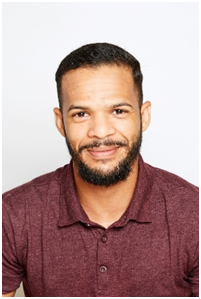 A great script of course means nothing without the right actors.
It is quite a disturbing and scary privilege to watch Jarrid Geduld in his role as Abie undergo the transformation of adored son turned despicable drug addict. Based on what I have seen first-hand in our communities, Jarrid pin-points every stage of that transformation with immaculate accuracy.
Jarrid had to undergo some extreme weight-loss for his role as Abie and for anyone who has never personally seen a real life transformation of a drug addict; how their bodies, their faces, their personalities and their behaviour radically changes; then Jarrid's performance is the most up close and personal one could get to it.

While attending Belhar Primary School on the Cape Flats, Jarrid's talent as a very gifted child performer came to the fore whilst acting in a school play, The Storytellers, in 2003.
He soon beat thousands of other hopefuls when he auditioned and landed the lead role in what is in my personal opinion is now a classic South African film, A Boy Called Twist, which is director Tim Greene’s adaptation of the Charles Dickens novel, Oliver Twist.
The now 28 years-old Jarrid has ever since been in high demand as an actor and for this intensely vivid performance in this film, this bright star was awarded Best Actor at the kykNET Silwerskerm Film Festival for his role as Abie.
Jill Levenberg convincingly portrays a woman who is going through more than a lifetime of hell as events unfold leading to the murder, and then portrays the same woman having to deal with what she has done.
Then., as she accepts having to face her fate, she goes through the harrowing experience of facing demons she never realised have shaped her life in so many ways.
I am trying my best here not to give too much away about Jill's portrayal of Ellen but you will perhaps understand when you read further below, why it is that you should go see her brilliantly moving performance.
Jill who graduated from the University of Cape Town on the Dean’s Merit List in 2004 with a Bachelor of Arts (Honours) in Drama and English has a long list of stage, television and film credits to her name as well as an impressive list of awards.
Jill’s film credits include Genadekans, Noem my Skollie, Leemte, While You Weren’t Looking, Abraham, Bekkies Gevind, As Ek Huistoe Kom, Fluit-Fluit, Atlas and Uitvlucht. She has also been playing the character Mymoena on the kykNET soapie, Suidooster, since October 2015. In 2016, she was nominated for a Huisgenoot Tempo Award as Best Actress in a Soap Opera. She recently received a second nomination for the same award.
For many of us who have followed the trial in the media, until now it was mostly about a mother who simply just had enough and opted for the most extreme way out of the trauma she was forced to endure. This film and Jill's portrayal of Ellen Pakkies however makes one unnervingly aware that the things happening to us and to those around us most times do not have straightforward open and shut explanations.
There are multiple complexities that shape people’s lives.
One realises, perhaps not for the first time, and one is reminded in hard-hitting detail that our communities and the societal structures we live in are filled with broken individuals. Many of us ourselves and many of those who we think we know well might also be broken in more ways than we can imagine.
It's just that we are so busy surviving, trying to get through each day, that we do not have the luxury of analysing that which shapes us as beings and informs the decisions we make.
Watching this film, one does not need to have a tikkop in your household or in your family to start understanding that which has shaped the lives of Ellen Pakkies and the life of her late son Abie.
Jill’s performance also truthfully and painfully reveals how many women consciously or subconsciously bury and hide their traumatic pasts of suffering sexual abuse and violence just so that they can try to have a semblance of what they believe should be a “normal” life.
It then came as no big surprise when Jill Levenberg was awarded Best Actress at the kykNET Silwerskerm Film Festival for her role as Ellen Pakkies.
Elton Landrew who played Odneal, Ellen's husband, casts an interesting figure of a man who bears a lot for the love of his wife and his son... Without completely letting the cat out the bag, there is an interesting twist to the real life plot in the father and son relationship between Odneal and Abie which in many ways is also a catalyst for Abie’s radical change in behavior.
The person of Odneal seems that of an "understated" individual; someone who quietly goes about life not making any huge waves and who has a soft touch even when provoked to the brink of reacting in a harsh manner.
Elton does a great job of not "over-acting' the part and one develops an empathy for this "verdraagsame man” who is eventually forced to harden his heart to his son.


There is also a great cast of support characters comprising of Clint Brink as Advocate Samuels, Ilse Klink as Magistrate Veronique van Deeman, Kay Smith who regularly appears on Bruinou.com pages for sometimes doing cool things other than acting; Kay plays Nikita as well as Russel Savadier who plays the psychologist Martin Yodaiken. They all convincingly played their respective roles among a string of other excellent casting choices for minor roles who ultimately all added to the successful telling of this heart-wrenching story.
Even if your life has never been as close to rough and tumble as the life that Ellen Pakkies had to endure; Even if you are lucky enough to never have to face the issues that many families of drug addicts suffer, particularly on the Cape Flats, you should see this film so that you may at least begin to understand what others are dealing with.
ELLEN, The Ellen Pakkies Story is not about a woman being let off the hook for killing her son out of desperation.
This film is about a woman finding healing and stepping into a new life that hopes to bring healing to others.
No matter your personal circumstances, however good or bad that may be, but especially if you yourself or your family is battling with any of the many societal ills that are delved into with this film, then this is one movie that will most likely make you look at the world very differently once you’ve seen it.
It will even make you question your understanding of the word Love.
ELLEN - Die Ellen Pakkies Storie opens at movie theatres nationwide on Friday 7 September 2018.
WATCH: ELLEN - Die Ellen Pakkies Storie Official Trailer 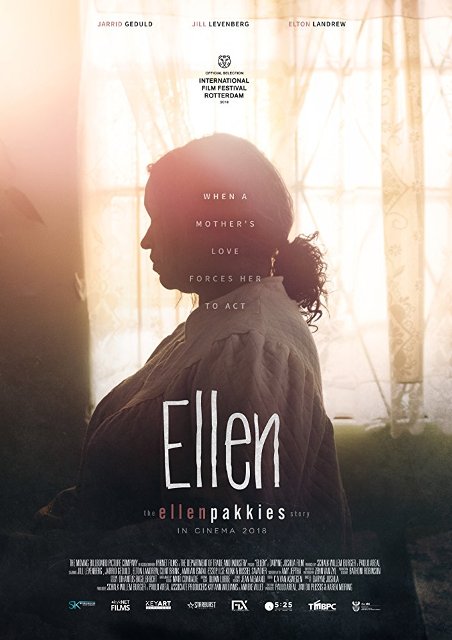