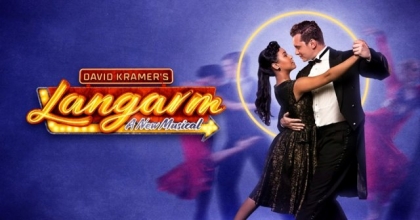 The countdown is on to LANGARM, the much-anticipated new musical by award-winning, South African legend David Kramer.The actors in the leading roles are Rushney Ferguson, Cameron Botha, Kim Louis, Elton Landrew, Pierre Nelson and Julio Jantjies. LANGARM will be presented at The Fugard Theatre for the festive season from 20 November.

Produced and presented by Eric Abraham for The Fugard Theatre, LANGARM is a story of love and intrigue set in the story-world of Cape Town’s ballroom dance culture in the 1960s. With the threat of the new apartheid laws hanging over their heads, people will do almost anything to survive.

Creating the role of Jeff is Cameron Botha, who has delighted audiences in Fugard Theatre productions such as Funny Girl and West Side Story as well as others including Calling Us Home, Sweeney Todd and Dirty Dancing. Rushney Ferguson, also no stranger to The Fugard Theatre stage having performed in the hit musicals King Kong and District Six: Kanala, steps in to the role of Angelina. Kim Louis returns to the stage and plays hotel owner Dinah Levin. LANGARM reunites Kim with David Kramer after nearly twenty years, when she performed in Kat and the Kings on Broadway. Elton Landrew who can be currently seen on circuit in the award-winning Ellen: The Ellen Pakkies Story, is Eddie Jephta, leader of the Moonlight Serenaders langarm band. He originally played Young Kat Diamond in the David Kramer and Taliep Petersen musical Kat and the Kings, touring Germany and Austria as well as the Tricycle Theatre in London.


The story: it’s 1965 and when Dinah Levin is widowed, she invites her nephew Jeff, whose fiancé has just dumped him, to help her manage her late husband’s Canterbury Hotel. Here he meets the lovely, young ballroom dancer Angelina, and when her partner leaves her in the lurch, she asks Jeff Levin to partner her in The Swaziland Ballroom Championships. Aware that he’ll risk arrest if they get caught flouting the law, he throws caution to the wind and agrees.

Jeff decides to rejuvenate the hotel by offering langarm dances. When Eddie Jephta the leader of the Moonlight Serenaders langarm band comes to play at The Canterbury Hotel, Dinah has to confront the secrets of her past.

“We have brought together some of SA’s most established stage performers with the country’s phenomenal rising talent,” says David Kramer. “It is going to be magical.”

“With rehearsals in full swing, we can’t wait for you to see our LANGARM cast in action in this exciting new David Kramer musical,” says Daniel Galloway, Executive Director of the Fugard Theatre.

LANGARM is written and directed by David Kramer.
The stellar creative team includes Musical Arrangements by Resident Musical Director of The Fugard Theatre Charl-Johan Lingenfelder (West Side Story, King Kong, Funny Girl). Set Design is by Saul Radomsky (The Road to Mecca, Clybourne Park, District Six – Kanala), Lighting Design is by Gerda Kruger (The Music of Queen, Le Nozze di Figaro), Sound Design is by David Classen (Significant Other, Shakespeare in Love), Costume Design is by Widaad Albertus (Significant Other, The Demon Bride, The Eulogists) and Choreography is by Grant van Ster of Figure of 8 Dance Collective (Aunty Merle the Musical, Calling Us Home).

LANGARM will be performed at The Fugard Theatre from 20 November from Tuesdays to Saturdays at 8pm with a matinee performance on Saturdays at 3pm. From Sunday 16 December, there will be an additional Sunday matinee at 3pm. There will be a Monday night performance at 8pm on New Year’s Eve, 31 December 2018 also at 8pm.
The musical has a recommended age advisory of no under 12s.

To make your evening even better, visit the cosy ground-floor bar for a before and after show drink and delicious snacks. If the weather plays along, enjoy the panoramic city views from The Fugard Theatre’s fantastic rooftop bar. There is secure parking for a small fee directly opposite The Fugard Theatre in Harrington Square. 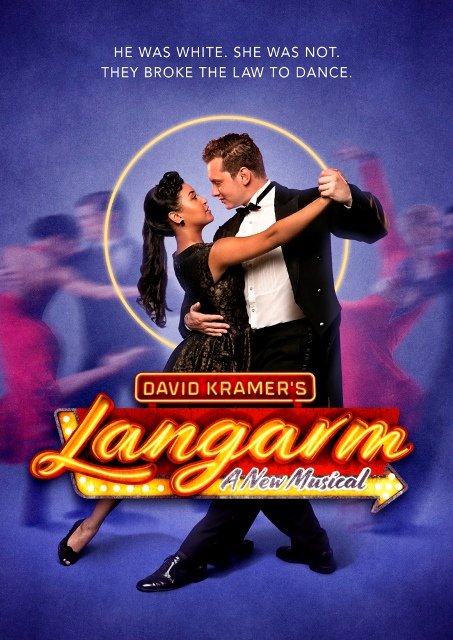