The KhoiSan Struggle: The Psychosis of Fragmentation in the name of Unity Featured 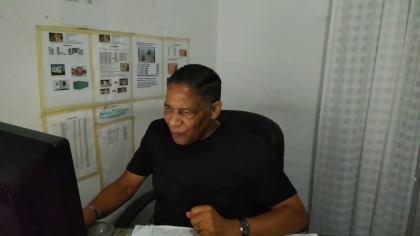 As one looks onto and into the KhoiSan struggle one is torn between hope and despair as one sees how it tears itself to pieces whilst uttering noble mantras such as unity and solidarity.

The struggle whilst noble in itself is wracked by personalities, tensions, competitions and inner fights that dissipate its energies and causes it to become victim to parochialism and lose focus. It further shudders and shakes itself to competing pieces that are vitriolic and combative as opposed to complementary and this takes one back to the writings of Willie Lynch in his works “The Making of a Slave”. In it he asserts that the division and control of slaves is brought about by colour and breeding within which the woman or mother plays a central role in imprinting the young slave into submissiveness and fear of the slavemaster whilst being aggressive and domineering to other slaves. And this is further articulated by Frantz Fanon in his work “Black Skins White Masks” as well as in the “Wretched of the Earth”.

Paulo Freire goes even further and states that the oppressed take on the measure of the oppressor to measure themselves and others. When one looks at the current dynamics with the struggle itself one sees that war for dominance within the ranks rather than a unified war of dominance against the current slavemaster and one cannot but come to the conclusion that the activists and leaders have reached the point where they follow the models of both Willie Lynch and the models articulated by Fanon and Freire and thus lead the people themselves to perdition.

The system created by Willie Lynch has kicked into effect through apartheid and now manifests itself in fragmentation based on colour, labels and a psychology of the oppressed. The oppressed rather than focus on commonality focus on differences and those differences range from superficial things like colour through to culture through to labels and through to personalities. The element of finding congruence and confluence of thinking seems absent this as the struggle is defined on superficiality and adversity with the result everyone is the enemy of everyone else and instead of building they destroy in the name of building. The term “Unity” is now a prostituted term used by people to drive their own agenda and position themselves as powers, or power brokers, within the ranks of the struggle and this fragments more than creates cohesion but this is not seen as the struggle gets seen through the prism of emotion and parochialism. This is the process of alienation that Fanon speaks of and it’s done by the academics, leaders and intelligentsia who it seems are themselves bereft of intelligence.

When one also looks at the essence of the struggle one sees that it is driven by emotions rather than clear clinical and critical analysis and thus the root causes of the oppression are not addressed this as emotional venting takes precedence and this is fueled by others inclusive of some opportunistic academics and leaders who fan the flames in blatant forms of demagoguery in which the play the people like well strung fiddles whilst leading them into dead end street with no way out. It seems that the people have been reduced to research material that people might well be writing papers on instead of liberating them and this causes another fragmentation based on academia and non academia. Many of the people who are part of this struggle are simple people wanting the simple things like identity, dignity and a better quality of life but they are colonized by opportunistic thugs who behave no different to the jail gangs who use force and browbeat people into submission whilst at the same time colonizing the struggle without real and meaningful consultation and thus this becomes just another form of oppression not liberation. Paulo Freire said quite succinctly “Leaders who do not act dialogically, but insist on imposing their decisions, do not organize the people--they manipulate them. They do not liberate, nor are they liberated: they oppress”. As we speak we find that the people are being prescribed to and “told” what their struggle is about rather than them being consulted and letting the people decide for themselves what their struggle is, or struggles are. This dichotomy can be clearly seen in the “Coloured” V KhoiSan dynamic, the activism of the KhoiSan 6 and in the political dimension where there are more than 150 political parties that cannot seem to form an alliance or coalition though they are all crying out for unity!
Is this not the psychology of fragmentation based on the Willie Lynch Syndrome or the Psychology of the oppressed?


The Struggle to find Nationhood or Peopleness

The past from colonialism through to apartheid and now a capitalistic neo-colonialism has been underpinned by the erasure of identity, cultural genocide, the tearing apart of Self, dehumanization, dispossession and physical genocide. This has had longer term implications that have left the KhoiSan/Coloured people wandering in their own deserts trying to recover their people-ness, humanity and identity. Whilst this might seem easy, it has also been laid siege to by internal wrangling, and the deeper and destructive psychosis of positioning, which has led to intra struggle oppression and mercenary thrust for power. For example there has been the claim by Calvin Cornelius who made claims that he is king over the Western and Northern Cape; a claim that had no sound basis in history or even in traditional law and this has created more divisions than unity and further there has now been a creation of some new nation that competes with the existing nations thus exacerbating the fragmentation and this in the name of unity. The ordinary people instead of finding one place where they can congregate and start dialoguing around defining themselves are torn apart in an unnecessary “war of nations” that confuses them and divides them.

If there are so many forces pulling in different direction the question becomes; will the people find themselves in this unnatural state of affairs?

The fragmentation between right wing and left wing politics

The struggle has taken on tendencies that are destructive in that there is a leaning towards right wing politics more than to the left or centrism and the right seems to be gaining precedence through bullying tactics that is intimidation the centre with the result that the overall picture of the KhoiSan struggle is painted in the colour of racism and a very rabid and narrow nationalism. This intimidation and colouring the struggle in the colour of race is counterproductive and delegitimizes the very essence of the struggle and conceals this moral currency and high ground that the struggle enjoys this as the right creates the very same ideology that was used to oppresses and dispossess the original indigenous people. Indigenous people are not purveyors of race neither was it part of their value system but was imported by the colonizer and the latter day generations have internalized it and made it their own measure with which to measure themselves and measure others and by so doing begin to mimic the oppressor. Will the left rise and move to centrism or will it too cave in to the browbeating and intimidation and move to the right?


What would be the principles that underpin the nation

When one looks at the concept of nation or people-ness one wonders what would the principles that underpin the nation or people-ness would it be radical right wing reactionary principles or will it humanity and or common humanness that reflect the ancients who were centred in their people-ness. Would the dominant reactionary forces of race pervert the pristine ideology of the ancients or would sense prevail and the old values would make their way to the fore this as the current insanity faded. Would the Indigenous people be able to re-imagine and recreate their world that was balanced and existed in harmony outside of the destructive philosophies of the colonizer?

If the Indigenous people become the colonial beast that raped their minds and psyche then they have lost the war at the deepest and most fundamental level and this time the fragmentation is not just social but is a fragmentation between them and who they really are.

This is the internal war that must be fought and won because losing the Indigenous consciousness is even worse than just losing the material. When I look towards my people my mind always drifts to the words of the great poet Khalil Gibran who said “Your living is determined not so much by what life brings to you as by the attitude you bring to life; not so much by what happens to you as by the way your mind looks at what happens.”

This then makes one wonder: will the wounds and scars of our brutalized past make us beasts as well?
Will we forget the wisdom of the ancients and fall prey to our own bitternes?

0 0
Published in Opinions
More in this category: « Botha-Khoism Racist Mischief a Threat to the Khoi Revivalist Sector Clifton's Sheep in Wolves' Clothes »
back to top