An Insight into My Personal Take on Veganism Featured 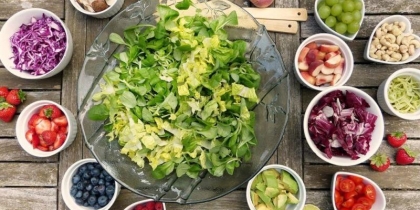 I have been a vegan for 10 straight solid years, admittedly in my embryonic phase as a vegan neophyte I felt my personality tapering towards some kind of a 'Muggy Vegan Ego' with overt displays of a 'Vegan Superior Logic'. As vegans we often believe that our arsenal is fully stocked with the most advanced and inexorable fact salvos detailing why veganism is the surefire path leading to the zenith of humanity, right? Or are we the lackeys of the ultra-processed food industry which has “engineered” an incalculable and never-ending amount of pro-vegan replacement products and spent billions into marketing the hell out of these products over the past few years?

At vegan gatherings we glibly parade around as the vanguards and paragons of interspecies empathy while on the flipside we gloss over the calamities engulfing our own wretched species on the far flung and forgotten corners of this planet.
Many a times we are seen as too autocratic and judgmental to the extent that we dissuade vegan newbies from sticking around too long. Critics have gone as far as to label veganism as a cover-up for orthorexia and a myriad of other compulsive eating disorders.

It is not always the viscerally felt facts which scare people from veganism, unfortunately it is our taunting mannerisms which invariably leads us to police the dietary choices of friends and foe alike. In this instance we are no different than Mussolini’s Sqaudristi’s.

I adopted veganism after being apprehended by a bellicose vegan fundamentalist, I was still in high school at the time. The facts slapped me in the face! I just could not argue with the facts! I saw no room for pleading plausible deniability in the slaughtering of animals. But looking back into history, our ancestors did not hunt and slaughter animals for pleasure, profit or gain. It was for survival; meat consumption was central to our ancestral practices and rituals. In fact, human beings have evolved around eating meat. Our digestive system bears testimony to this, why else would we have a gallbladder? Most herbivorous animals don’t have gallbladders as they don’t digest highly concentrated fats such as animal fats.

So why does the average vegan trooper castigate and excommunicate ex-vegans. Is this a secret society?
Choice is the mainstay of life; the key here is to equip yourself with the requisite knowledge on whatever subject matter you choose to engage with. Regardless, the irony of this is that I have encountered many vegans who look like real life versions of Jack Skellington and Fat Albert. Whoever said that veganism was a silver bullet is a mythomaniac of the highest order.

How many more Moon & Rock’s, Kristel’s, Bonny Rebecca’s and Alexandra Jamieson’s would it take for folk to discern that Veganism is not what it purports itself to be especially in the long term?

Furthermore, veganism is not a monolithic body of astute ideologues who preach canonical uniformity, there are conservative vegans, vacillating vegans, moderate vegans and radical vegans (vegan fundamentalists). Some do it to champion animal rights whereas others swear that it would help them lose weight. The spectrum of ideologies spurring a path into veganism is too manifold to list here. One thing is certain, vegans have an overdeveloped sense of morality which borderlines on self-impediment. I personally consider veganism to be a “monk diet”, that is how I experienced it.

Without the aid of modern supplements and synthetic additives veganism would not be a viable dietary choice for the vast majority of folk, unless you become a recluse living a sedentary lifestyle in your waning years somewhere in a mountainous monastery. There clearly lacks historical evidence of veganism being practiced in the days of antiquity all the way from the proto-human Australopithecus to early agricultural societies such as the Sumerians, this besides the various Indus Valley religions, Abrahamic and Oriental religious sects which advocated for the temporary abstention from animal products for various reasons.

Mainstream veganism promotes a form of dietary revisionism in which many privy parties will receive financial gain. Many doctors have joined the vegan crusade; still doctors should not be giving dietary advice as they are not dietitians. Doctors (even dietitians…) are the products of a powerful international lobby which is composed of pharmaceutical giants and multinational processed food industry giants. Furthermore mainstream medical research groups and academia are vassal appendages of their powerful corporate sponsors. Deceit and malpractice is rife in conventional medical research. These nefarious entities are at the forefront of 21st century dietary revisionism which spawned mainstream veganism.

Vegans are a passionate and diverse ilk with a penchant to police the diets of the morally “inept” and shield the indefensible. All hail the amorphous vegan God Seitan and his saintly assembly of ultra-processed food industry overlords!

Dear me, mainstream influencers have gone as far as to “market” veganism as the next epoch in human evolution! Veganism is also being touted as the fastest growing social movement on the planet! But like most things in life it has its caveats. For starters let’s look at an unscientific phraseology salvo commonly used by vegans, it is an absolute falsity to compare herbivorous animals with vegans. The symbiotic bacteria in the digestive system of most herbivores produce a crucial enzyme called cellulase which allows these bacteria to break down the cellulose in the plant matter. Human beings lack the gut flora to break down cellulose! Now watch out for Molly the self-righteous vegan who boasts about shitting 4-5 times a day, little does she know that it’s due to the indigestible mass of plant matter (indigestible plant fibers = cellulose) scouring through her gut like bat out of hell! Yup, they also sell vegan toilet paper…

This little polemic will surely cause a deep chasm between myself and other vegans. Self-critique is an indispensable aid to personal growth. The time is nigh for vegans to take off their blinkers and see the movement for what it really is. Learn the language of your body and listen closely to what it’s trying to communicate with you as opposed to heeding to corporate funded mass social movements laced with suggestive thinking…

More in this category: « Emphasising the Genetic Links Between Whites and Coloureds Around Election Time Raises Questions The Coloured Vote - Where to? »
back to top