The Coloured Vote - Where to? Featured 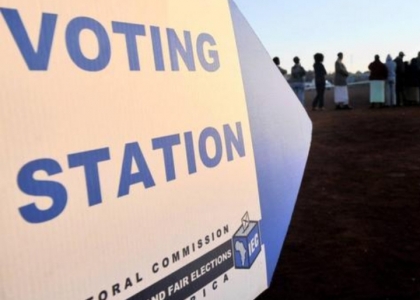 It has become a cliché for the Coloured people to say “We were not White enough in the past and now we’re not Black enough”. Coloured people has a voting power which they can leverage to their advantage.
The Coloured vote has sold itself out in South Africa.
It started in a forgotten previous dispensation when the Coloureds had not grabbed the chance to retain the voting rights in the Cape Colony, during the colonialist period. During that time, the loss of their voting rights can largely be blamed on Coloureds’ indifference to the power of their vote.
In the democratic dispensation, the Coloureds had again shown that they were not savvy with their vote. The majority of them first lend it to the dwindling National Party, then to the ANC and later to the DA. Not one of the 3 parties they supported appreciated the Coloured vote. Not in any of the three cases did it benefit the Coloureds to have lend their vote to those parties. As they had mostly split their vote into different allegiances between these parties, few of those parties took the Coloured vote serious, except for the Western Cape where the Coloured vote was a deciding factor.
If you contrast the Coloured voting pattern to that of other cultural groupings you find that Coloureds were not as savvy as for instance the Zulus or the Indians.
The Zulus first leveraged their strength through lending their support to the IFP and through that move they bargained their importance as meaningful role players. When they shifted to the ANC, especially under Zuma, they did it overwhelmingly; again making sure that they remain meaningful role players.
The Indians did even better. Under the late Rajbanji’s Minority Front, the Indian vote was largely consolidated into his party. This granted Indians real negotiation power with the ANC, thus securing that their group would not be relegated to the periphery of the South African society.
Meanwhile, the Coloureds did not use their vote cleverly. They kept on shifting their allegiance without any concentrated effort to leverage on the power of their vote in either the NP, ANC or DA.
From around 2013/6 a sense of realisation for the need to concentrate the Coloured vote started with numerous pro-Coloured parties appearing.
The strategy was however flawed as it further augmented the split of the Coloured vote between DA, ANC, to an even larger split to over 50 new pro-Coloured and pro-Khoisan parties. The effect was that it contributed further to diminishing the potential of the Coloured vote. It assisted to render Coloureds to a meaningless factor in the democratic dispensation where the consolidation of votes counted all the more for any grouping to be taken serious, more so for a minority group.
The full effect of this ‘powerless’ Coloured vote, which never consolidated its influence, meant that no one really spoke for Coloureds in provincial and national legislature for almost 25 years. Consequently it meant that no legislature was pressured to give proper attention to the growing marginalised state of Coloureds in the South African society. On the ground it meant that drugs and gangsterism was not addressed. It also meant that housing allocation, spending on infrastructure, addressing unemployment, promotions, representation in the many spheres of society or how resources were allocated – Coloureds were all the more neglected. Without a meaningful consolidated political voice, Coloureds could not influence their equal place in South Africa. Being politically most divided they came to bore the harshest brunt of neglect.
The sad part to how the Coloured vote had neglected itself is that Coloured are actually the second largest Cultural group in South Africa, second to the Zulus. Yet, while the Zulus had throughout the past 25 years benefitted from their political involvement, the Coloureds had not. Why? Because the Coloureds never attempted to consolidate their vote but rather increasingly fragmented it.
In 2019 the Coloureds are challenged once more, even from their sate of an ever growing marginalised existence, as to whom they would vote for. Where would their vote as Coloureds be really meaningful for them to experience better parity and less marginality?
... At the ANC who has admitted in more than one instance that Coloureds were marginalised, but not having done anything to address such wrong?
... At the DA who couldn’t even stand with Coloureds at the Constitutional Court where Coloureds had to defend their right to employment and promotion?
... At Good whose leader was the DA Mayor for the City of Cape Town under which Coloureds were evicted in the coldest of the Cape winter without the mayor moving a finger?
... At the over 150 other little parties which suddenly popped up to ostensibly stand for Coloureds and Khoisans?
Political theory directs us to rather look at strategic consolidation of the Coloured vote by means of either
(i) finding unity among the many Coloured parties to work as a single party, or
(ii) to further build on their largest party which may bring parity to Coloureds.
Unity is a strategy most desired, but one hardly attained, except in exceptional cases, as political history teaches us.
In the history of Coloureds, the second option is most plausible.
Unless the actual relatively mighty Coloured vote is consolidated, it will mean a further 5 long years of growing marginalisation of Coloureds after the 2019 elections.
Ronald Dyers writes in his own capacity as Chairman of the Kullid Foundation.
This email address is being protected from spambots. You need JavaScript enabled to view it.
Tweet

0 0
Published in Opinions
More in this category: « An Insight into My Personal Take on Veganism The 'Colour' of Coloureds Mentality »
back to top