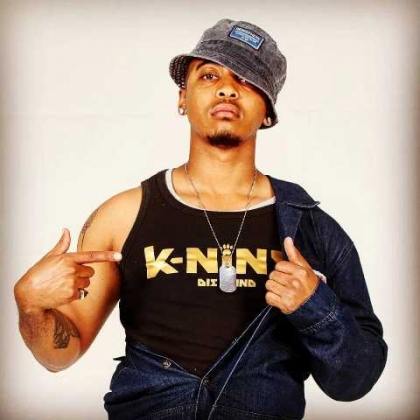 Let us be clear. This article specifically deals with the phenomenon of a relatively few Coloured police officers commiting acts of police brutality on Coloured citizens in Coloured communities.

***Please see our further Clarification at the bottom of this article.

Shana Fife says, "A while ago, I did a video about how the coloured accent is seen as unprofessional. The same perception of us is perpetuated in media. We are either stupid, or gangsters, or comic relief".

She continued, "A bigger issue however is Coloured on Coloured hate. They have made us believe that we need to deny each other in order to be accepted. Educated Coloureds are embarrassed by 'typical Coloureds' who keep their accents and flavour.
That self-hate manifests in the way some Coloured police officers treat innocent members of the communities they serve and without provocation use excessive force on anyone they think deserves it."

"We are the only population group who allow people to insult us and allow the system to ride roughshod over us.
Fok Die Mapuzas is a song about this artist's experience with police always stopping him for the sole reason that he is a Coloured".

Translated Fok Die Mapuza means Fuck The Police.
Marshelino Rossouw aka K-Nine Die Hond was assaulted and badly hurt at around 1:00am on the morning of Sunday 9 June 2019 on his way to drop off a friend who lives in a different part of Mitchell's Plain. His car's licence disc was ripped from his windscreen while he was being assaulted and the police were insisting he was dicing that night, when in fact they could have simply tried to verify his whereabouts when the dicing took place.
Even if someone was driving recklessly or dicing as they claim, the excessive force and assault was not in any way necessary or legal.

WATCH: This is why I hate SAPS and will never trust the police!!
Warning Strong Language

Shana Fife says that an intervention is needed to curb this continued police brutality.
"When the police realised he was innocent, they didn't even apologise because to them he simply wasn't worth an apology. In their eyes he was just another thug.
The worst part is, the police were Coloured too. We are conditioned to segregate ourselves into classes.
They saw a Coloured man from Mitchell's Plain and immediately assumed he was guilty.
It's awful. We need an intervention."

Bruinou.com spoke to K-Nine Die Hond about progress on the case he had made against the police officers and according to him, when he tried to follow up the Case Number which was sent to him via SMS he was told that it contained no details of the incident and turns out to be for something totally unrelated to him.
Rossouw further reckons that the Independent Police Investigative Directorate (IPID) gave him too much of a runaround and he no longer feels inclined to pursue it any further since he believes the whole system is rigged for the police officers to come off scott-free.

We also spoke to K-Nine Die Hond about how police brutality is a systemic issue not new to Coloured communities.
When asked whether all Coloured police officers are bad he conceded saying that not all Coloured police officers were violent sociopaths but that the problem is wide-spread and that incidents are well covered up and those who do not participate in acts of brutality do not do anything to stop it and are as guilty as the others because they cover it up.

"Of the 6 police vehicles that blocked me in, which makes it about a dozen cops, it was only two who engaged in assaulting me while the third was gun-pointing me. The others did nothing to prevent or stop the assault and they are all helping to cover it up"

In conclusion Rossouw said: "The problem is systemic and is like something they are conditioned to do. I mean, Coloured police officers assaulting innocent Coloured people does not only stem from the Apartheid era but actually has its roots in colonialism and slavery when those who were put in charge of overseeing their fellow slaves relished the power trip of beating up their fellow slaves and there being no consequences."
"That is the same mentality that the mapuza have today"

You can Buy Fok Die Mapuza at one of the links below.

About Shana Fife
Shana Fife is no stranger to our Bruinou.com Website or our Pages. We see her as a leading voice in articulating issues affecting people who are deemed to be Coloured and we have republished various articles and videos of hers starting way back when she published a blog called Just A Hoe With Babies to her current platform Into A Housewife.

Click here for her blog site Into A Housewife

***CLARIFICATION: To avoid misunderstandings, we deem it necessary to note that it is the lived experience of the writer as well as both interviewees that in most incidents of police brutality which they are aware of having been committed post-apartheid era in the Coloured communities where they live and are committed on individual Coloured persons, aside from police action against protestors, the complaints of individual assaults by police on Coloured citizens are in most cases against Coloured police officers.

There are no available statistics and this claim is thus anecdotal but there is no denying that the problem exists.