When Eerste River mom Carmen Snyders and her son Carter (5) visited Zebro's in Zevenwacht Mall on Sunday to buy him his favourite hot chips, she ended up leaving the fast food outlet in tears.
We spoke to both Carmen Snyders and a representative of Zebros about the incident which has taken social media by storm.

With all the difficulties Carmen and Carter face, trying to do 'normal' mother and child activities like going out for the day and getting fast food can become overwhelming and tiring but it is something all parents want to be able to enjoy with their kids.

Little Carter Snyders was diagnosed in January of this year as having *Autism Spectrum Disorder (ASD) and as the name suggests Autism presents on a Spectrum of which the range and severity of symptoms can vary widely. Common symptoms include difficulty with communication, difficulty with social interactions, obsessive interests and repetitive behaviours, any of which can range from barely noticeable to quite severe.

In Carter's case he is unable to express himself through speech and like for many ASD kids and adults, him trying to communicate and express a simple wish or even happiness and excitement is often times seen as 'throwing a tantrum' or as the parent having an unmanageable child.

Carter was becoming severly impatient waiting for his hot chips and when it was ready Carmen asked for some assistance from the Zebros staff. "When they called our number I asked the assistant to please bring it to us as Carter was now very cranky but she simply refused. The manager then came out and said that she doesn't need to bring it out because it is not his fault that I have a disabled child. I completely lost it."
Carmen goes on to say that she cursed at the manager telling him that her child is autistic and that they can keep the food and that she would report him.

We spoke to Carmen about her ordeal and about how Zebros is handling the matter.
"I just burst into tears right there in front of Carter and everyone else and then came straight home with my heart in a million pieces".

We at Bruinou.com and many others including members of the Facebook Group Mamahood Cape Town shared Carmen's Facebook post of her ordeal and many of us tagged Zebro's.
Soon enough their brand manager as well as the franchise store owner contacted Carmen.
"I am happy with the fact that they contacted me and that they are taking the matter seriously and have started an investigation. The owner (of the franchise store) also phoned and I told him what happened. He is also doing his own investigation."
"I really don't want this to happen to any other person."

When we shared Carmen's post our original point of departure has consistently been that this incident will somehow lead to an undertaking that Zebro's staff will undergo sensitivity training in recognising and compassionately dealing with clients who have their #ASD children with them as well as dealing with differently-abled people in general.
Before we knew that Zebro's had already contacted Carmen, we at Bruinou.com of course wanted to ensure that it isn't simply going to be a case of a quiet internal investigation and an apology being issued, so we contacted Zebro’s.

Lynn Richards, Brand Manager of holding company The Franchise Co which owns the Zebro's brand and also owns other fast food brands including Chesanyama, Blacksteer and Yami Rib & Burger says that they are taking this matter seriously and that along their CEO and their Head of Franshising they have started setting in motion a process whereby the issue is dealt with throughout the entire company across all of their brands.

We explained to Lynn Richards that our aim was not to vilify Zebro’s as a brand but present to them an opportunity to publicly commit to change within their organisation that will hopefully also set an example for other fast food outlets, restaurants and other service industries. 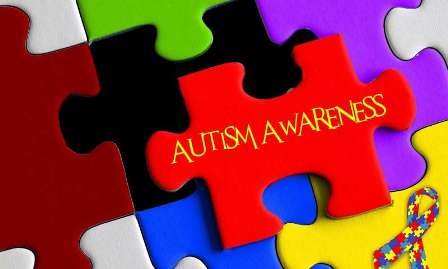 There are a number of our members and followers whose children are somewhere on the #Autism #Spectrum and indeed, the founder of our website Charles Ash has a teenage son Cody who also has ASD.
Sometimes all that these parents need is for others to be patient and understanding of the fact that though there is no such thing as a 'normal' day for them, we all can help them do some 'normal' things with their kids, like buy fast food or take their kid for ice cream, things that the rest of us take for granted.

Though for obvious reasons it is still too early to commit the company to a timeline, Lynn has assured us that they have now definitely started working on a solution to implement Sensitivity Training throughout their organisation and will keep us in the loop as the matter progresses.
"The reality is that even if Carter did not have ASD, something like this should never happened in one of our stores as we present ourselves as a family friendly brand, and the Snyders family or any family with differently-abled children should be made to feel welcome in our stores at all times."
"Until yesterday we have as an organisation been completely ignorant of the fact that the majority of our staff do not know how to deal with customers who are differently-abled or who have children who are differently-abled."
"This is a real teachable moment for us."

The Zebro's brand manager has also assured us that besides them "taking this matter extremely seriously and that corrective training will be done" they will also continue working on restoring their relationship with Carmen Snyders and her family.

Carmen Snyders wishes to thank everyone who have stood up for her and Carter and all the support she got from everyone, especially all the moms in the Mamahood Cape Town Facebook Group and everyone else pushing the issue.
"If it weren't for any of them I doubt I would have gotten any response."

We at Bruinou.com want to thank Carmen for taking the time out to speak to us and for not quietly letting this go.
We are hopeful that the training which Zebro's and their holding company are promising to implement will spark a new shift in the fast food and family restaurant industry whereby families who have children with ASD or differently-abled are treated with dignity and kindness not only at Zebro's but everywhere.


*Autism is a lifelong neuro-developmental condition that affects how people perceive the world, how they think and behave, and how they communicate and interact with others. Put simply, autistic people see, hear, feel and experience the world differently to other people. Autism is not an illness or disease and cannot be 'cured'.

To find out more about Autism visit aut2know.co.za
Autism South Africa (A;SA) aspires to achieving a society in which persons with Autism Spectrum Disorder (ASD) enjoy all the rights and opportunities to meet their needs and fulfil their potentials, throughout their lives, as loved and valued members of their families and communities.